"You can end up on TMZ," he calmly told the cops, adding they're "destined to become as famous as you wanna be" 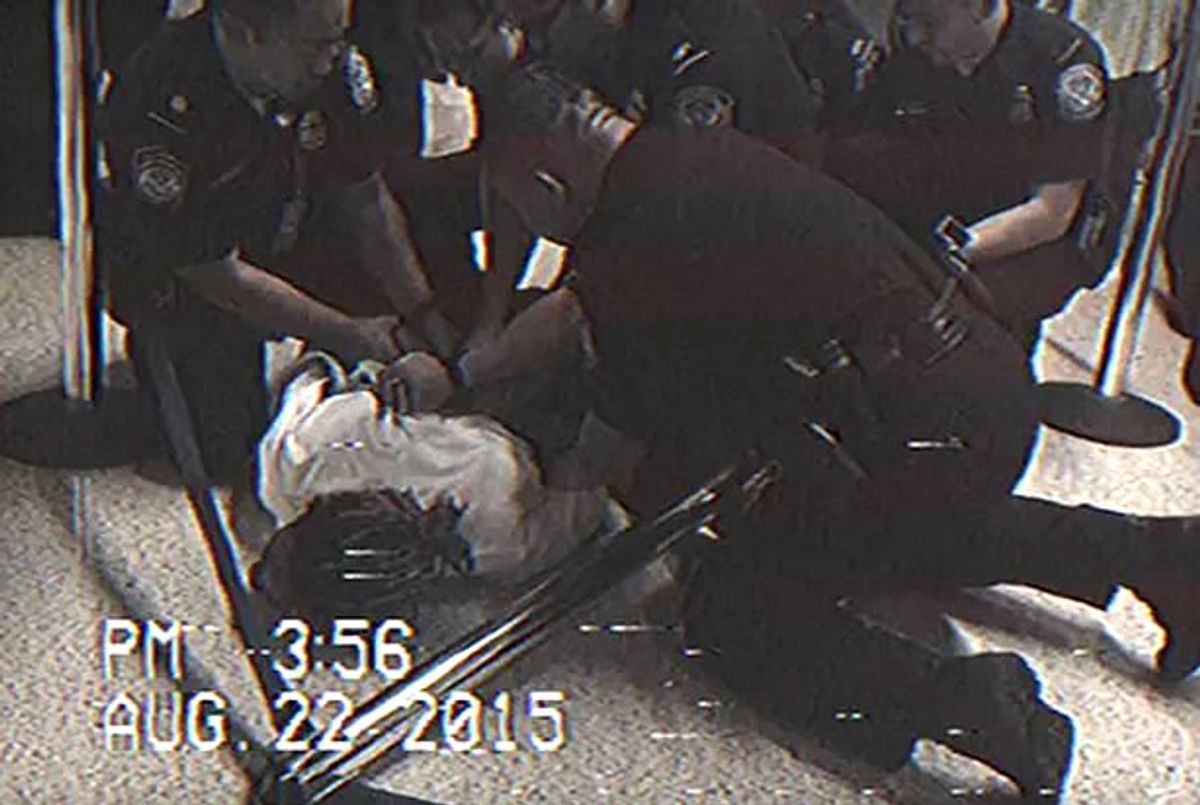 Rapper Wiz Khalifa was slammed to the ground and handcuffed at Los Angeles International Airport on Saturday for riding a "hoverboard," Esquire's Sean Fitz-Gerald reports.

The "hoverboard" in question was actually a self-balancing, two-wheeled scooter popular among social media stars like Justin Bieber and Kendall Jenner. Thanks to what Wired referred to as Chinese "manufacturing virality," many of these stars have designed -- or in the case of Khalifa, are designing -- "hoverboards" of their own, which explains some of the more cryptic comments made by the preternaturally calm rapper during the exchange.

Video of the incident shows Khalifa speaking to customs officials and an officer -- presumably the one who asked him to step off his "hoverboard" -- saying "I didn't do nothing, anyway. What you want to do? Put me in jail because I didn't listen to what you say?"

"We can have all the conversations you want to, you can end up on TMZ, destined to become as famous as you wanna be," Khalifa added. Shortly thereafter, three officers forced him to the floor while yelling "stop resisting" multiple times. On the video, Khalifa can clearly be heard replying, very politely, "I'm not resisting, sir, I'm not resisting."

After the incident, he took to Twitter to explain what happened: