The sinister truth about Donald Trump: How American politics have been hijacked by cults of personality

If and when Donald Trump loses, what he represents will stay with us for a long, long time 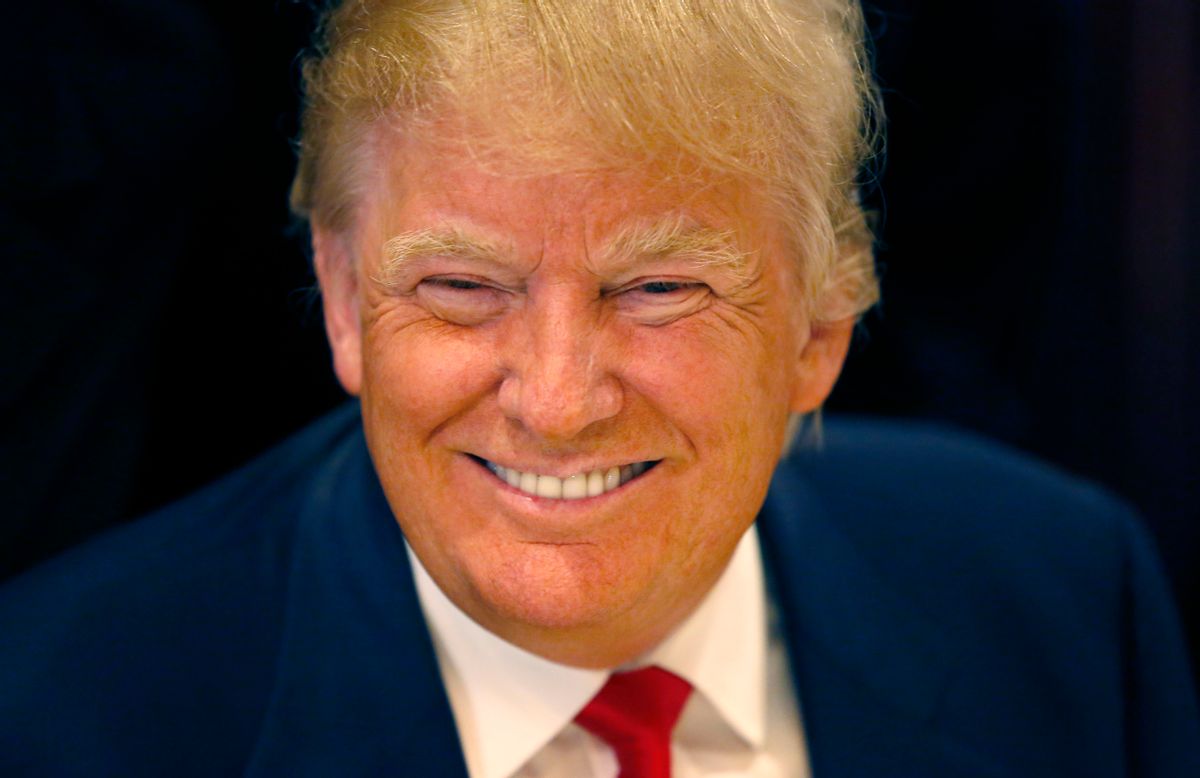 Public trust in the mass media has been declining for years, and in Gallup’s last annual poll, it reached an all-time low of just 40 percent. Historically, conservatives have always been more suspicious of the so-called “liberal” media, but in recent years, Democrats have also lost faith, as have Independents.

There are obviously many reasons for this declining trust. On the right, people believe the media is left wing, while on the center-left, many Democrats have witnessed the rise of Fox News with a kind of jocular horror, like watching some kind of tragicomedy. Of course, to say the mass media is left wing is absolutely absurd, as it is corporately owned and tends to report news that satisfies the hegemonic status quo of the United States, as Noam Chomsky reported in his classic book, “Manufacturing Consent.” As for the rise of Fox News and other right wing media outlets, they are not generally considered to be a part of the “mainstream” media, though their influence is enormous and has certainly contributed to this decline in trust.

Partisan suspicions obviously play a big role in all of this, but a major factor may be attributed to the media’s unrelenting obsession with big personalities and trivial pseudo-events, as Daniel J. Boorstin called them, rather than actual issues. The rise of Sen. Bernie Sanders signifies this growing weariness with the media. The other day, after being pushed by a reporter to discuss his fellow candidate Hillary Clinton, he responded with the no-nonsense style that people have come to love:

“What I said is that corporate media talks about all kinds of issues except the most important issues, okay? And time after time, I’m being asked to criticize Hillary Clinton. That’s the sport that you guys like. The reason this campaign is doing well is because we’re talking about the issues that impact the American people. I’ve known Hillary Clinton for 25 years. I like her, I respect her. I disagree with her on a number of issues. No big secret.”

Of course, American politics have for a long time been more about personalities than ideas, and the population is largely to blame for this. The mass media doesn’t treat politics like a sporting event because it gives them some kind of thrill, but because it attracts ratings and increases circulation. Just look at the first GOP debate, which, as Donald Trump has declared ad infinitum ever since, attracted massive ratings. Why did it have more that twenty million viewers? Because Donald Trump is a famous reality star, and the American people crave fame and entertainment. Trump is the antithesis of Sanders, in the sense that his entire campaign so far has been about his ego, rather than ideas. There can be no denying that he is entertaining to people across the political spectrum, and he has largely turned the GOP primaries into a reality show.

Is it any wonder that the mass media does its very best to create drama? It must be recalled that these news organizations do operate for a profit -- they are, after all, corporately owned institutions. Ratings and clicks result in more advertisements and more advertisements result in more profit (at least that’s the idea, it doesn’t always work that way, especially in our digital age). Just as CNN craves missing airplanes and natural disasters, the media at large craves drama -- most recently evinced by the disgraceful personal attack on Daily Kos columnist Shaun King and his family. Mainstream media outlets, most notably CNN, jumped on this pseudo-event like pirañas, juicy story that it was.

This can all be partially attributed to the consumerist world that we live in. Citizens grow up in a society based on materialism and entertainment, where big personalities -- actors, reality stars, musicians -- surround us everywhere we go, filling all of our tedious lives with entertaining drama. Why would the world of politics be any different?

As with wealth inequality, Bernie Sanders is running against this intellectual decline that has transformed modern political discourse into muddled partisan drivel, and national elections into personality contests. What is so attractive about Sanders is that he is not an egomaniac who is running for personal glory, but an activist running to reform an economic system that is very clearly broken. This is good, because, lets be honest, Sanders is not Barack Obama, whose personal image and oratorical skill (especially compared to John McCain) played a major part in his winning the election. “The issue I want to be talking about,” Sanders said, after refusing to take the reporters bait, “is the collapse of the American middle class. Are you guys gonna write about that?”

Obsession with personalities and images have severely damaged American politics, and the mass media has contributed greatly to this decline. Political campaigns should be about ideas, and debates should be about “debating” those ideas, not bragging about how great, rich, and xenophobic you are. Juxtaposed with Sanders, Trump has taken personality politics to a whole new depressing level. His entire campaign seems to be about promoting the Trump brand, and his so-called policy proposals are so out there and lacking in substance, he may as well have just stuck to the nitwitted bloviating. Sanders is the anti-Trump. He operates in ideas and hard truth, while Trump operates in imaginary statistics and cockamamie bravado.

Sanders' sudden jump in the polls, and his massive gatherings around the country, have forced the mainstream media to take notice. Last week, the New York Times ran a front page story on the Senator’s sudden rise, painting the portrait of a man who disdains “cult of personality” politics, and whose goals go way beyond elections. The Sanders’ campaign is not just about winning an election, but about creating a movement, or a “political revolution” to combat the corporate state.

Still, it is not just the media, but the populaces craving for a kind of political soap opera, that has denigrated our politics. The popularity of Trump clearly shows that there is a significant part of the population that adores personality politics, and will follow the bombastic egoists wherever they go (let’s be honest, even those on the left are loving the entertainment). And so the media will follow and report and encourage the drama, and millions will watch the debates, boosting this or that networks revenue. It’s all a part of the hyper-aggressive world of political reporting; supply and demand. But at the same time, the Sanders campaign is revealing is a significant and growing part of the population that is fed up with the same old noisy and vapid political drama, and is yearning for substantive political discourse. Big personalities have come and gone, usually leaving things worse than before (although Obama is certainly leaving things better than W -- it would have been almost impossible not to). Leaders will always be necessary, but Sanders seems to be ushering in a new kind of leadership that condemns personality worship, and demands a permanent grassroots movement. Cult of personality politics are not only distracting, but dangerous for democracy, and belong, as the saying goes, in the dustbin of history.