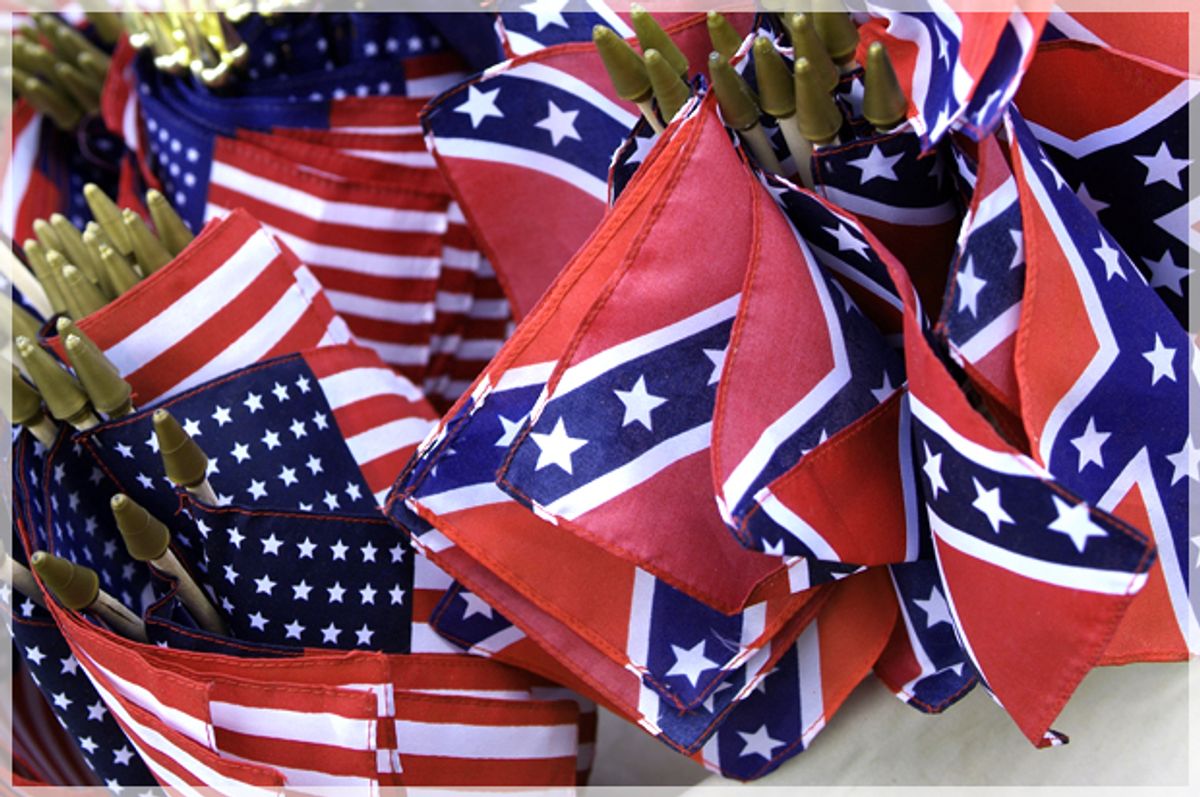 On "Fox & Friends" Sunday, co-host Tucker Carlson claimed that a Tennessee school district's decision to ban all flags on student vehicles after some students insisted on bedecking theirs with Confederate battle flags is evidence that liberals "hate expressions of patriotism."

Steve Sorrells, the Dickson County Director of Student Services, explained that the ban on car-flags wasn't intended to squelch all patriotic displays, because "we have a number of ways in which students learn how to be patriotic and express American pride" that don't involve flying American flags on their vehicles.

However, Carlson and fellow co-host Anna Kooiman disagreed, situated as they always are atop a slippery slope. "This isn't about a school district in Tennessee,” Carlson said. “This is a about a long-term trend where the people who run everything -- the elites in Washington, New York and L.A. -- despise rural America and its culture, suspect anybody that doesn’t live in their cities of being a bigot. They’re trying to crush that culture by banning its symbols."

By symbols, he didn't just mean "the Confederate flag, but the American flag too," because "they hate expressions of patriotism -- it makes them uncomfortable, let's be honest."

Kooiman concurred, saying that "Americans are feeling guilty about being American for some reason," and this guilt has led to a situation in which people are "not having patriotism like we used to." She implored Americans to "wake up before the American flag ends up in a museum!"

Watch the entire segment below via Raw Story.