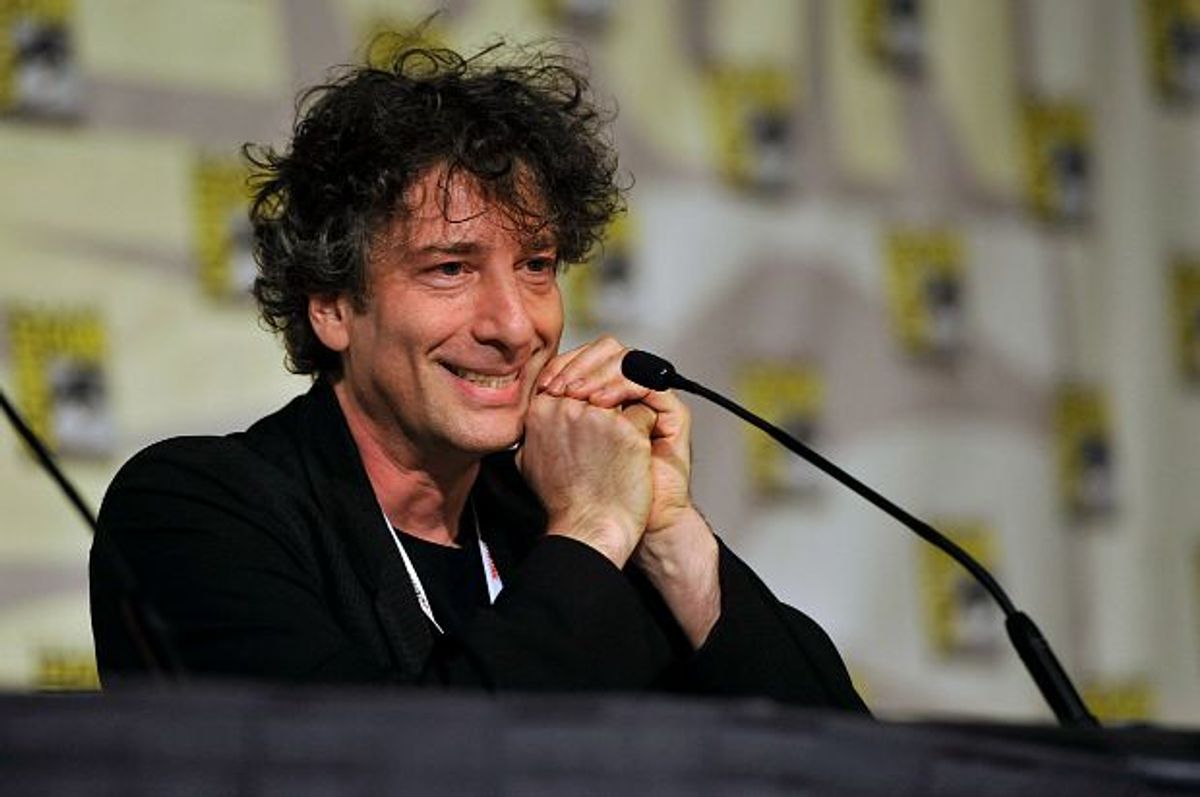 It’s been rumored for a few years now, and seen at least one false start. But the news that the television adaptation of Neil Gaiman’s novel “American Gods” has been scheduled to start production in March counts as the best news of the week so far. The showrunners will come from “Hannibal” and “Heroes,” the show will be broadcast on Starz, and Gaiman will write and executive produce. At this point we don’t know a whole lot else, besides the fact that the production company is focused on casting Shadow, the book’s protagonist.

The casting call described Shadow as “male, early to mid 30s, American, black/mixed race/North African in appearance. An ex-con with a quiet intellect and a lithe, powerful frame. This series contains adult content.”

“American Gods,” which won the Hugo and Nebula Awards after its publication in 2001, has some things in common with Gaiman’s “Sandman” comics, some resemblances to Alan Moore’s and Dave Gibbons’ “Watchmen,” and lots of vivid ties to Norse and Hindu and Celtic mythology.

At the novel’s opening, the laconic Shadow leaves prison, and soon finds out that his wife has died in a car accident. He drifts until he connects with an equally mysterious character named Wednesday, who hires him and introduces him to a mix of other exiles. The reader will soon meet a prostitute who devours her johns, a big, heavy-drinking leprechaun, and a number of other mythological and folkloric creatures from African and Egyptian and Native American pantheons.

It turns out that Wednesday – you saw this coming, right? -- is really the Norse god Odin. “There’s a storm coming, and it’s not a storm of our making,” he tells an assembly gathered before a fire in an old wooden hall. He then lays out the novel’s premise:

“When the people came to America they brought us with them. They brought me and Loki and Thor, Anasi and the Lion-God, Leprechuans and Kobolds and the Banshees, Kubera and Frau Holle and Ashtaroth, and they brought you. We rode here in their minds, and we took root. We traveled with the settlers to the new lands across the ocean.”

But Americans, he says, forgot their old gods, and the neglected deities drink and live in the shadows. Now new gods – money, celebrity, technology – threatens to wipe them out altogether. A war between the new and old is on its way.

So this is more than enough for even a long novel, and plenty for a television series. (Gaiman has talked for years about writing a sequel, so he likely has a lot of new material already in mind.)

Part of the reason Gaiman has become so widely loved is his blending of strong plotting with theme and idea – he's drawing the best of both worlds from genre and literary fiction. This offers a danger in the “American Gods” adaptation, though, which could become a sort of hip, nation-spanning action movie. There’s a lot of action (including graphic violence) in the book, but I’m hoping the television series is not just the folkloric version of a zombie show.

The novel has been compared to “On the Road,” Stephen King’s books, “Huckleberry Finn,” and other American classics: Its chapters open with traditional songs, a Frost poem, weird old sayings. But it’s not – despite its title – really American. And at the level of setting, it may have more in common with the novel “Lolita” -- written by a dislocated White Russian -- than any of the above. Gaiman's is a strange kind of roadside America: The Velvet Underground’s “Who Loves the Sun” plays in a dive bar.

In fact, it’s the weird way the novel takes place in both a cold, empty Midwest and in the pulped-out mind of a recent immigrant from England that may be the most distinctive thing about “American Gods.”

Television tends to emphasize plot. But I’m praying to a multicultural cast of gods and spirits that the adaptation of “American Gods” doesn’t overlook the weird Anglo-American mojo that makes it one of the century’s great novels.