"Get them the hell out of our country": Donald Trump calls for mass deportation of undocumented immigrants

"I have a bigger heart than anybody running, but we've got a country that's totally out of control," Trump said 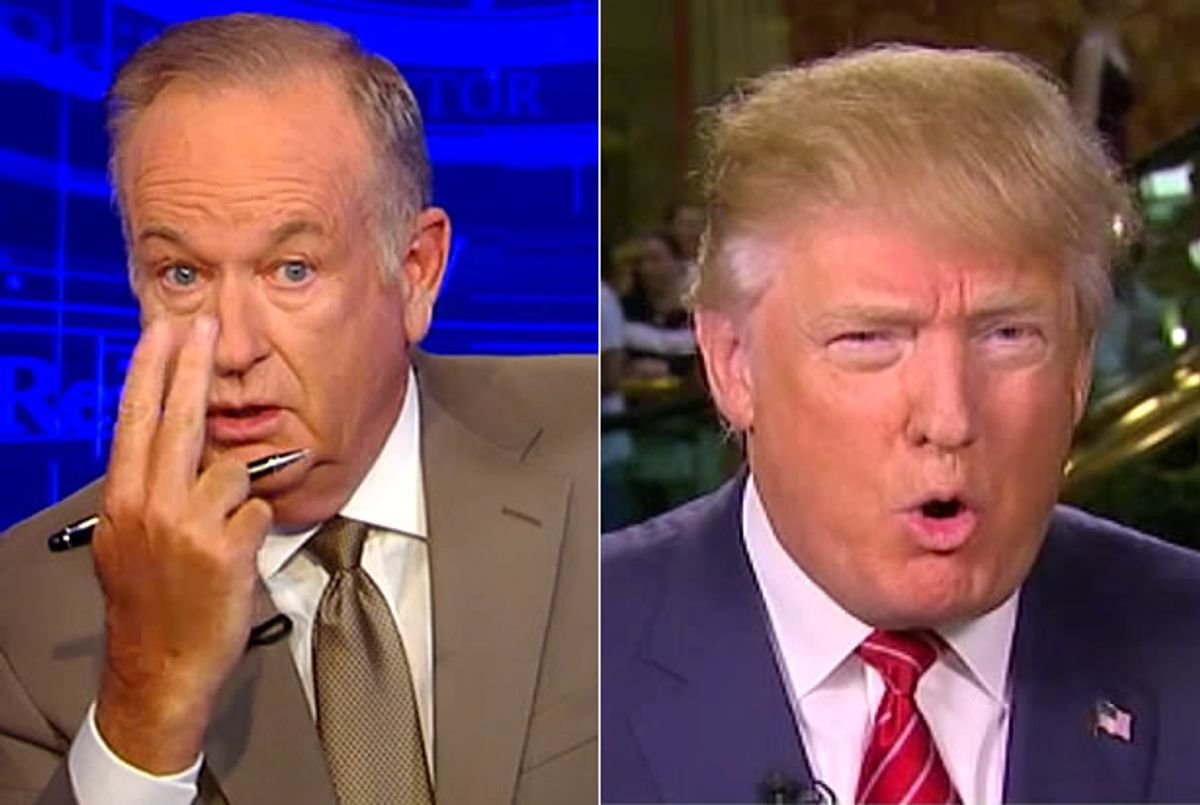 "We know you want to build a wall, and we know you want Mexico to pay for it," O'Reilly began, "but here's a scenario -- illegal immigrant mother and father living in Los Angeles, two children, American citizens, born here. If you're president, do you order authorities to take that family into custody?"

"We have no choice," Trump replied. "If we bring them out and they're wonderful people, which I'm sure they will be, we'll bring them back in an expedited fashion." While decidedly sanguine on the kinds of people here illegally at this point in the interview, Trump later took pains to remind Fox News viewers that the majority of undocumented immigrants are criminals and violent gang members.

Trump also claimed that Mexicans are mocking America -- an untenable situation to his mind, no doubt -- saying, "they're laughing at us" for having such a lax immigration policy, whereas "you can't just become a citizen of Mexico."

But O'Reilly was in rare form, forcing Trump to walk him through the fate of this hypothetical family. "Two American citizens, two illegal immigrant parents, living in a small house in East L.A.," he said. "ICE agents kick in their door, put them in a van, take them to a detention center. You're willing to do that?"

"Bill, I don't want to do that," Trump replied. "I have a bigger heart than anybody running, but we have a country that's totally out of control. We have no laws anymore. We have no order. We don’t even know how many people are in here illegally."

"But isn't there a better way than that kind of confrontation?" O'Reilly asked.

Trump replied bizarrely, claiming that "the gangs you're talking about in Baltimore, in Chicago, in Ferguson -- many of them are made of illegal immigrants." At this point, O'Reilly stopped pressing, perhaps realizing that he'd spun Trump around so violently he couldn't keep pin the tail on his talking points anymore.