"How seriously should I take this?": Chris Hayes games out a Biden 2016 campaign

Biden is reportedly "putting out a lot of feelers" 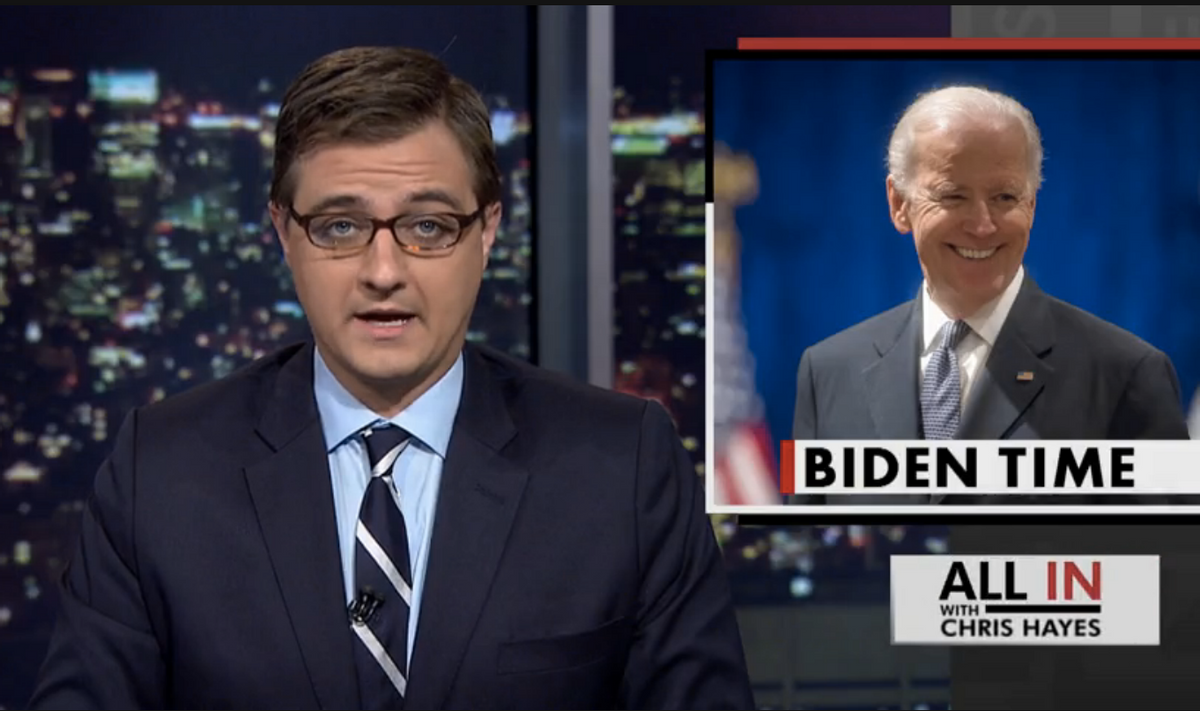 Chris Hayes spoke with Sam Stein of the Huffington Post and Esquire's Charles Pierce about the likelihood of a Joe Biden run for the presidency in 2016.

"How seriously should I take this?" Hayes asked his guests.

"It is real," Stein responded. "He is putting out a lot of feelers."

Pierce expressed concern about Biden's ability to win the race if he were to enter.

"If he runs and loses- and I think all of us would have to agree the odds are that he would lose- he just becomes another guy who ran for president three times," said Pierce.

"I would hate to see that."

2016 Election All In With Chris Hayes Joe Biden Video