Students protesting Alison Bechdel's "Fun Home": How clinging to "Christian moral beliefs" can end an education before it even begins 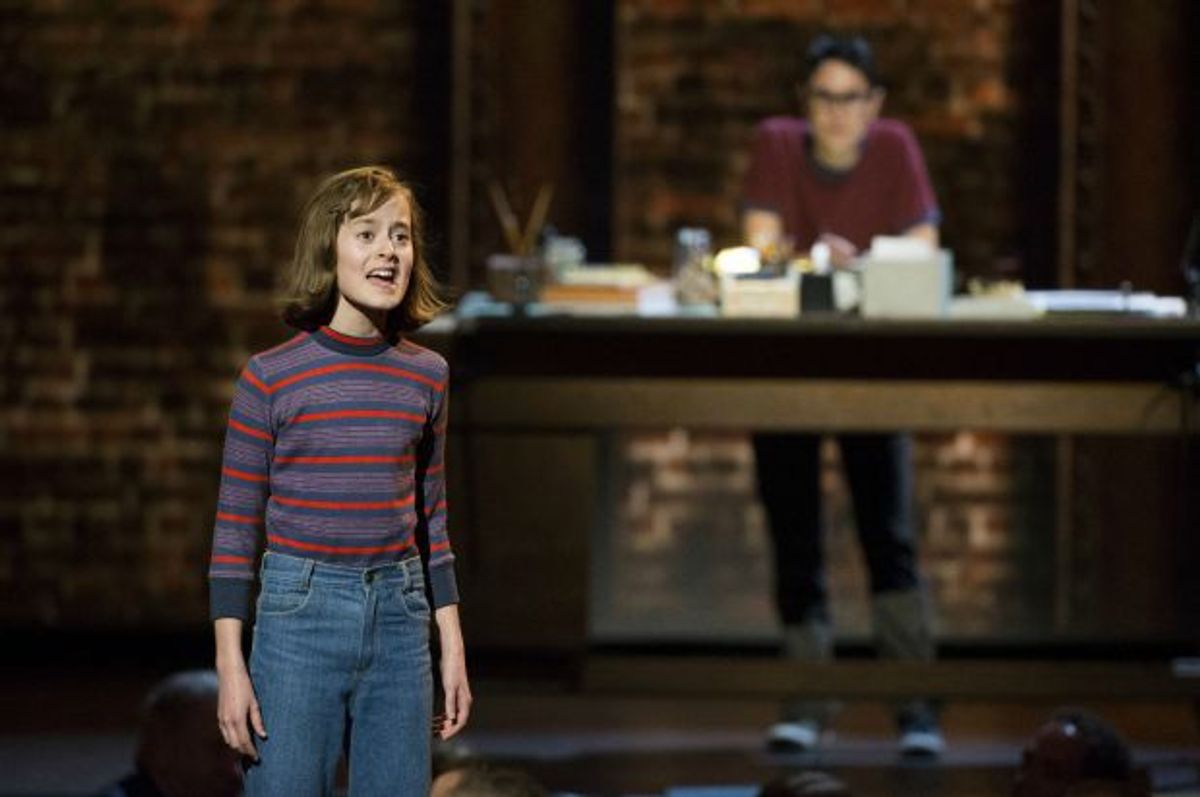 Why would rising freshmen at Duke University in Durham, North Carolina, refuse to read Alison Bechdel’s “Fun Home,” one of the most acclaimed books of the 21st century? Named the best book of 2006 by The New York Times, The New Yorker, The Times of London and Publisher's Weekly, “Fun Home” was also a critical darling, becoming a finalist for the 2006 National Book Critics Circle Award. Later, it spawned a musical that was nominated in a dozen categories at the 2015 Tony Awards, won Best Musical, and was translated into French and released in serial form in the newspaper Libération.

The French had no qualms putting it out where young and impressionable eyes might mistake it for the funnies, even though “fun home” is an ironic refers to the funeral home where the author’s closeted father worked, so we’re talking dysfunctional family dynamics, suicide, death, and corpses in spades. Yet according to some incoming Duke freshmen, who were assigned this book as part of their advance summer reading, their objections had nothing to do with the bleak tenor of these themes. No, the problem was that “Fun Home” not only violated their religious beliefs, but used graphic pictures to do it.

According to that logic, “Fun Home” is a graphic novel, and therefore Bechdel’s attempts to describe her struggle with her sexual identity must be, you know, pornographic? The confusion is widespread. Professor Susan Squier uses graphic novels frequently in her classes in the History of Science at The Pennsylvania State University. In an email to me, she remarks: “every so often someone…wonders if I am teaching pornography. I say: no, ‘graphic’ as in ‘graphic art'." As in “Fun Home.”

Thus we arrive at an interesting catch-22; if these students had not peeped, how would they know there are naked pictures lurking in those pages? And if they had already peeped, their eyeballs cannot unsee their idea of sin—would it really be so bad to learn why they reflexively condemn a work they have not read? “I feel as if I would have to compromise my personal Christian moral beliefs to read it,” one freshman wrote on the school’s Facebook page.

Perhaps these affronted students should start their freshman year by closely reading the Bible—specifically, the X-rated Bible, 1999, or perhaps starting with legendary cartoonist R. Crumb's version of Genesis? Or maybe sample the “Awkward Moments Children’s Bible,” which is neither satire nor a children's book but an illustrated picture book for adults, focusing on some of the more unusual passages from Old and New Testaments on subjects ranging from “Foreskin Fetishes” to “Boiled Babies.” Or Ron Cooper’s forthcoming novel “The Gospel of the Twin,” also not a satire, which explores the rumor that the historical Jesus had an identical twin, and re-examines the New Testament in this light?

These books don’t put words in the Bible. They merely point out that some gruesome and highly sexual situations occur in this book. Should these authors be accused of cherry picking verses in order to distort the larger, noble message of Christian love and goodwill, the same accusation holds true for those who use the Bible as a Procrustean bed, cutting off the bits that don’t suit their moral framework. In short, religious faith does not require blind obedience to a text, not even if that text is the Bible (in a word: Leviticus), and orthodoxy is damaging regardless of which group practices it. In medicine, for example, it led educated men to maintain that homunculi were real, bathing would kill you, and spontaneous generation accounted for all the flies in the world. Most people today are fairly convinced that none of these things are true.

The purpose of going to a university is to encounter different views — a whole universe of them, in fact. Just as reading about pregnancy cannot make you pregnant, learning that homosexuality exists has yet to magically transform any female or gender-neutral reader into a lesbian. And, recent appearances to the contrary, the campus setting still encourages dissent—but only after you, the student, have read the book and form rigorous thoughts based on close attention to the actual content therein. Regrettably, the situation at Duke seems like a convoluted way of shouting, “The dog ate my homework!” and hoping nobody notices you didn’t complete the assigned reading. Which none of these students actually did, and yet they have the cheek to claim the moral high ground?

In college, I didn’t like D.H. Lawrence (illicit sex!), biology (fruit fly sex!), or German (sex sounds like sechs!), but it never once occurred to me to whine about the assigned reading. It must be generational, because Bechdel’s book has already been challenged multiple times: in 2008 at the University of Utah; in 2014 at the College of Charleston, South Carolina; and in June 2015, at Crafton Hills College in California. In this latter case, “Fun Home” was one of four graphic novels that 20-year-old Tara Shultz condemned as “pornography” and “garbage,” saying that associate professor Ryan Bartlett “should have stood up the first day of class and warned us.” Her father plans on contacting state lawmakers.

Which brings us back to the situation at Duke. Too often, it seems to be forgotten that higher education exists in order to serve knowledge, not to reinforce faith or confirm untested beliefs. A lesson which these students will hopefully learn, should they attempt to open their minds and take a seminar in art history, for example, where they will not only see (non-pornographic) nudes galore but learn that that the artist Raphael painted the most secular work of the High Renaissance for his Holiness, the Pope. When the pope signed his most important religious edicts, he did so in front of a painting of the greatest philosophers of all time, including Socrates and Plato. If the Vatican can accommodate worldly wisdom in the highest of holy offices, surely some devout freshmen at Duke can be persuaded that they may not be as theologically informed as the Holy See?

At Duke University, Dr. Gabriel Rosenberg assigns “Fun Home” in several of his classes and finds that it produces "lively debate and conversation, not stifling consensus or indoctrinating groupthink. I suspect,” he writes me, “that if the abstaining students had read it, they might not have ‘liked’ all of it, but they would have found that it is a story that is morally complex, deeply humane, thoughtful, and well worth engagement.”

Liking is not learning, of course — and learning is not always comfortable.

Rosenberg adds that just this last week during freshmen orientation, Bechdel not only spoke to a packed crowd of students at the Durham Performing Arts Center and received a standing ovation, but she followed up with a lunchtime question-and-answer session to welcome LGBTQ students and allies. There, he notes, “excited students lined up to ask her great questions. Their palpable enthusiasm strikes me as far more representative of the student response than the few who dismissed ‘Fun Home’ without bothering to read it.”