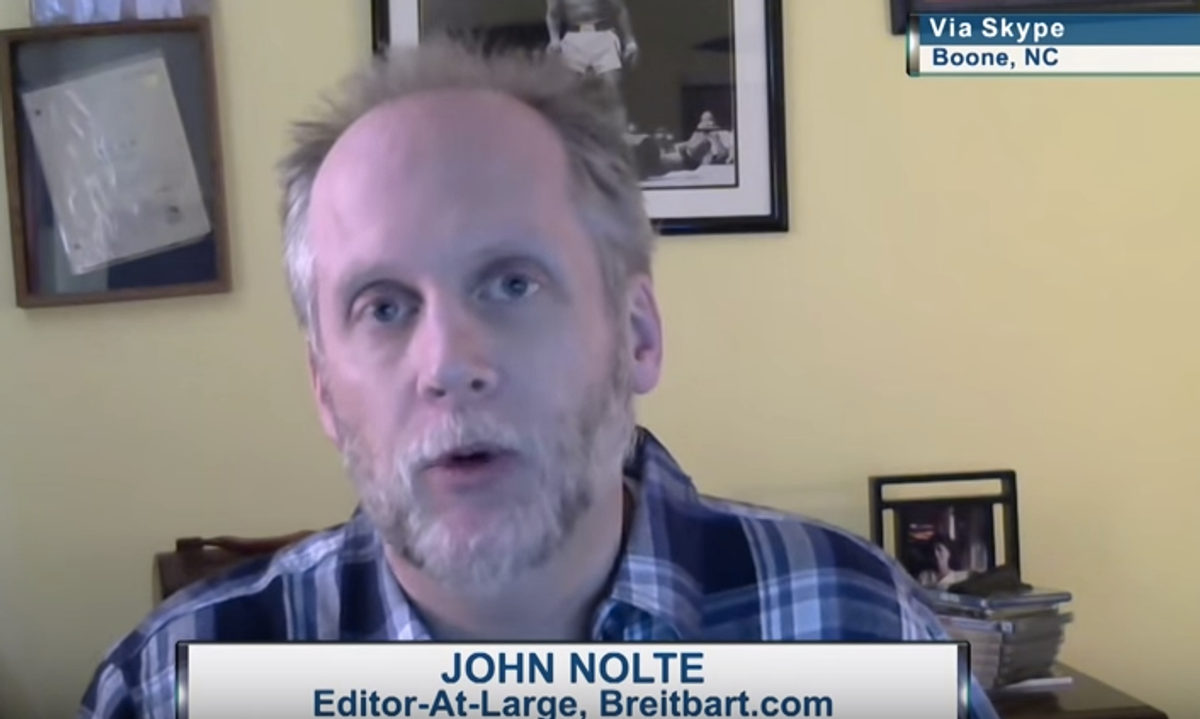 Conservative website Breitbart.com reported on the identification of the suspected shooter of two journalists while they reported live on air in Virginia today with revolting, if characteristic, race-baiting.

Hours after ambushing a local-TV news reporter, her cameraman and interview subject earlier this morning, local authorities identified the shooter, Vester Lee Flanagan, a disgruntled former employee of the news station who also goes by the name Bryce Williams.

Breitbart editor John Nolte decided to report on Flanagan's identification and reports that he complained of racism in the workplace by headlining his report, "Race Murder in Virginia: Black Reporter Suspected of Executing White Colleagues":

As Jack Mirkinson has explained in Salon, Breitbart is the right-wing website that harassed prominent Black Lives Matter activist Shaun King about his racial identity, leading CNN's Don Lemon to track down one of King's family members to "confirm" his race. Breitbart claimed that King "has been lying to the public about his race" and "has two white parents" listed on his birth certificate:

Let’s be very clear about why Breitbart decided this was a worthy story to pursue. It’s the same reason that Fox News was so reluctant to call Charleston shooter Dylann Roof a racist. Some people in America find the idea that there is such a thing as white supremacy–or that white people are in any way to blame for the racism in our society–so terrifying that they would rather concoct a huge racial conspiracy theory wherein ghoulish black activists run roughshod over a cowed white populace. To Breitbart, the Shaun Kings of the world are the ones with all the power, exploiting a weak and politically correct society for their own personal gain.

Despite his lengthy history of egregious race-baiting, Nolte has appeared as a guest panelist on NBC's "Meet the Press."