Exposed: Shameless climate denial, brought to you by Big Coal 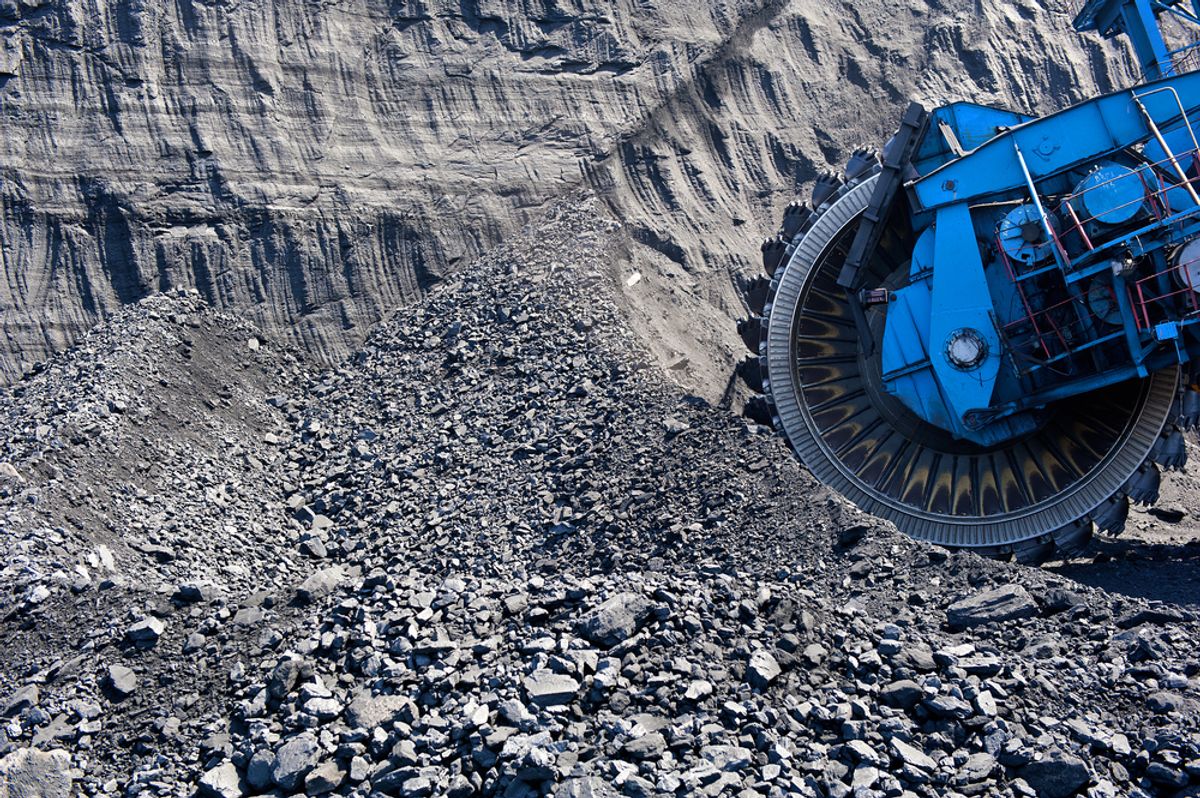 The Koch-affiliated groups Americans for Prosperity and the Institute for Energy Research, known for spreading lies about climate change in order to influence policy. The American Legislative Exchange Council and the Heartland Institute, also known as America's preeminent climate deniers. A secretive, Karl Rove-linked operation that spent millions on ads supporting Mitch McConnell in his Kentucky Senate race against Alison Grimes and President Obama's purported "War on Coal." And an attorney known for making life hell for the scientists conducting important research on climate change.

What they all -- and many others -- have in common, according to a searing investigative report from the Intercept: they all received funding from Alpha Natural Resources, the country's second-largest coal company.

This information shouldn't be surprising. But until the company filed for bankruptcy earlier this month, it was nonetheless withheld from the public. That's because, as the Intercept explains, many of these nonprofits, despite the outsized role they play in politics, are not required to reporting information about their donors. Even now, there's no way to determine how much money Alpha Natural Resources allocated to fund these groups. Given the hard work they put into undermining everything from EPA regulations for coal-fired power plants to the very science of climate change, though, it's easy to imagine that the company felt that it's contribution was well worth the expense.

Christopher Horner, the attorney exposed as being on Alpha Natural Resource's payroll, has been particularly effective toward those ends. His harassment of climate scientists stretch back to Climategate, the 2009 scandal-that-wasn't, to the present day, the Intercept reports:

Horner has filed numerous records requests for personal emails from climate scientists and litigated to force universities to comply with his requests. Horner continued his investigations of climate scientists earlier this year by filing a records request with John Byrne, distinguished professor of energy climate policy at the University of Delaware. The request was made on behalf of the Free Market Environmental Law Clinic and the Energy & Environment Legal Institute, where Horner is a senior fellow.

“He has been instrumental in orchestrating the attacks on climate scientists over the past decade in the form of vexatious and frivolous FOIA demands, efforts to force scientists to turn over all of their personal email,” says Dr. Michael Mann, a climate scientist targeted by Horner.

Horner's published two books detailing the global warming "fraud;" he has not published any peer-reviewed research on climate science. He was, that is to say, a dubious source to begin with. But if this "rare window into the subterranean world of money in politics" proves (or reaffirms) anything, it's just how much influence Big Coal has on the decisions that affect not just its own future, but our entire planet's -- by paying third parties that can feign disinterest to do its dirty work.