Is the disgraced FEMA leader supposed to sell Jeb as the better Bush on natural disasters? 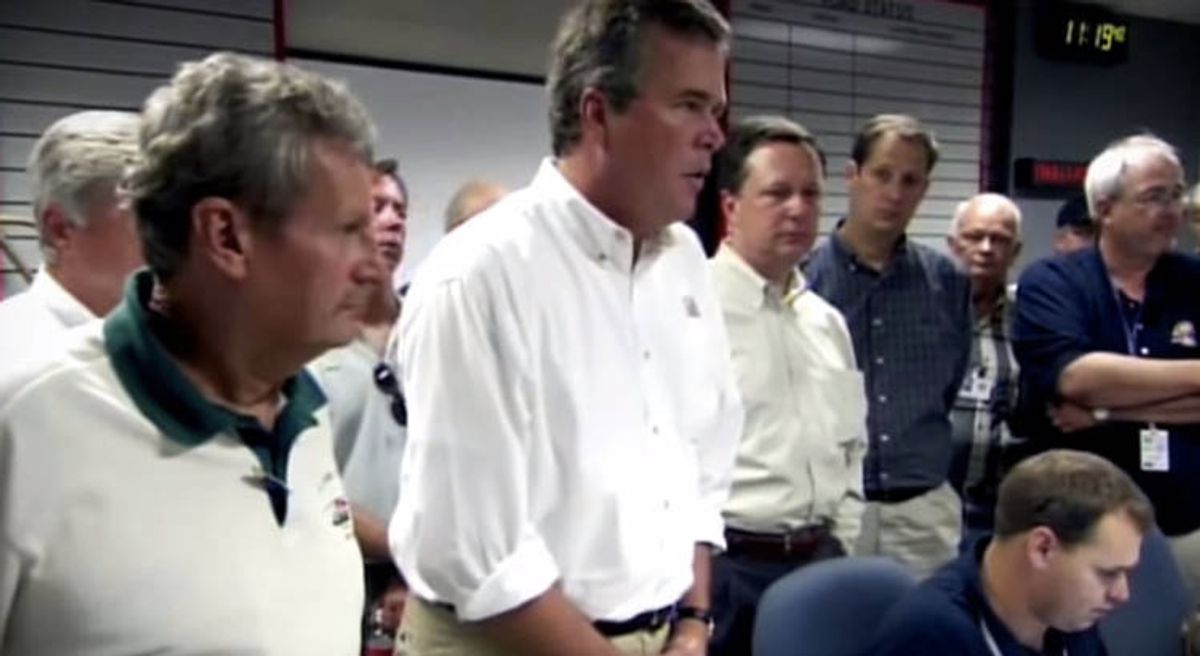 CNN first pointed out that Bush's two minute campaign ad released Tuesday prominently featured Brown, who was appointed by Bush’s brother, W, in 2003. In the midst of the Bush administration's disastrous handling of Hurricane Katrina, the elder Bush publicly praised the emergency management agency director: “Brownie, you’re doing a heck of a job”:

The two-minute video features clips of hurricanes and Bush back when he was governor, interspersed with expert testimonials about Bush's leadership during disasters, which frequently affect the state he governed in the early to mid-2000s.

Roughly 50 seconds into the spot, there is a clip of Bush standing with a collection of men in a response center, praising his team.

"We have the best emergency response team on the ground, in the country and in the world," Bush says in the clip, as Brown stands to his immediate left.

Brown later resigned in the face of mounting criticism and went on to blame President Bush for the handling of the storm's aftermath, blasting him as a “fratboy” ill-prepared to aid the devastated American city. Still, the younger Bush seems to have embraced the disgraced emergency manager as a perfectly upstanding validator for his record as a tested leader well-prepared for major natural disasters: