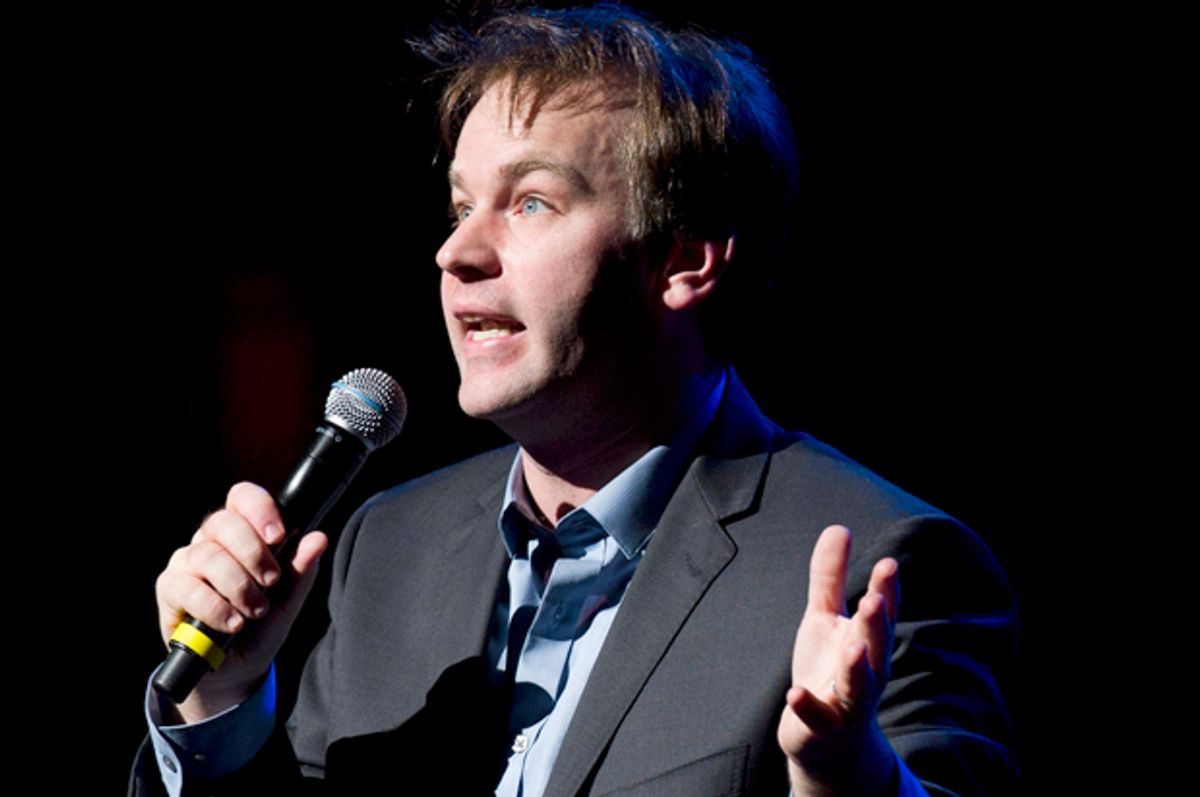 Many of our greatest comics got their start in the world of improv, honing their chops at training centers like New York's Upright Citizens Brigade Theater and Chicago's ImprovOlympic before going on to charm and delight audiences on the stages of “Saturday Night Live” and beyond.

Well now, thanks to Mike Birbiglia (“Sleepwalk With Me,”), we are about to get a closer look at the competitive world of improvised comedy in a new feature-length dramedy called “Don’t Think Twice.” Starring Birbiglia, Gillian Jacobs, Keegan-Michael Key, Chris Gethard and Tami Sagher, the film is about an improv team that begins to crumble when some of the members make it on to “the biggest sketch-comedy show on TV."

Per the official description: "The film delves into the bitterness and backstabbing that occur between friends when they realize that maybe not everyone’s going to make it after all."

As improv theaters have become the main farm team for shows like “SNL,” “The Daily Show" and basically every sitcom on television, the experience of watching some of your colleagues rise to the comedy A-List while you toil taking suggestions from the audience in a leaky basement underneath a Gristedes is certainly one that some of the film’s cast will be familiar with — and one we can’t wait to see dramatized at feature length.

As longtime Upright Citizens Brigade improviser Chris Gethard told Salon on the eve of his new public access show, reflecting on the many successful comics that have come out of the famed theater that Amy Poehler co-founded — from Poehler herself to the girls of “Broad City" — it’s easy to feel a touch of ambivalence about the whole process:

"I don’t want to be a sad sack about it because I’m really proud of what I’ve done with my life — but you can imagine that coming up with all these people and being the guy who wound up on public access, there were definite nights where I was like: Why am I doing this, exactly? There is a pipeline of people getting really great jobs off of the same exact shows that I do with those people, and I’m opting out of all of it to just do this public access show. There were many, many times where I was like: I don’t even understand why I’ve chosen to do it this way."

Let's just say if Birbiglia and co. end up improvising the whole movie, they should have plenty of raw material to work with.