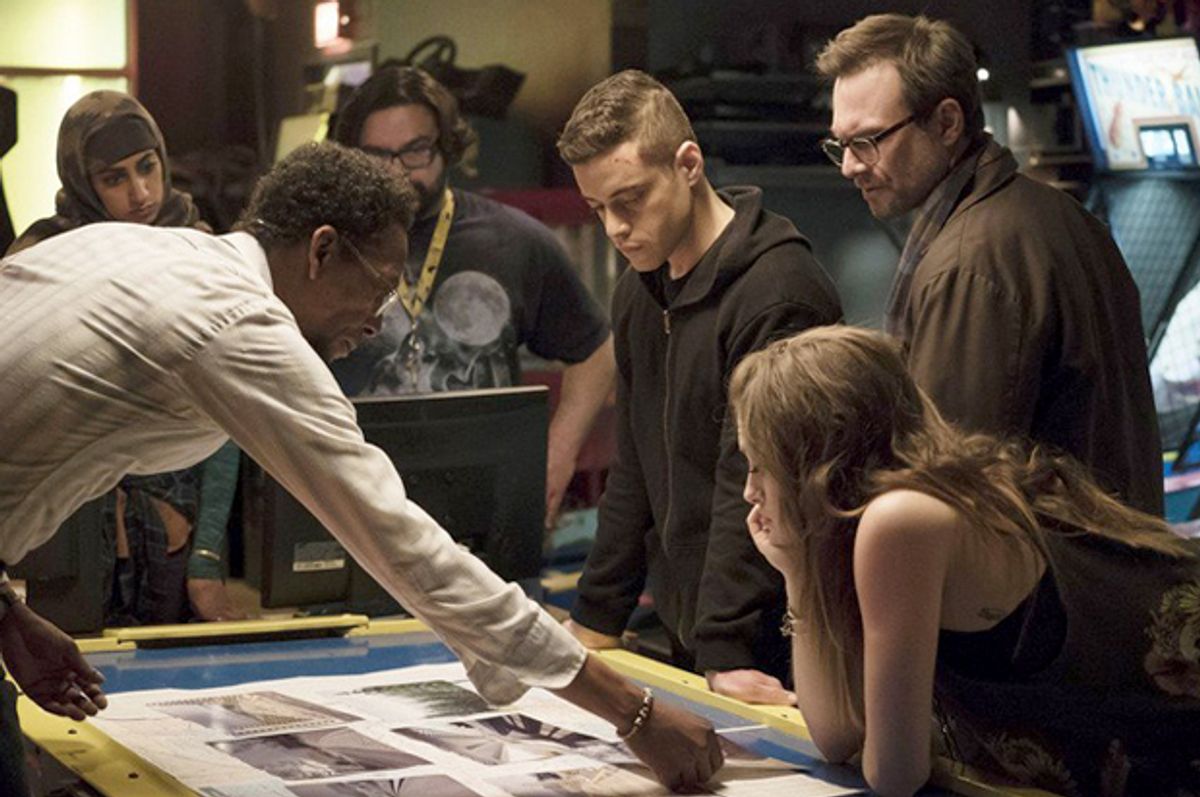 The season finale of "Mr. Robot," which was slated to air tonight on USA, has been postponed. The network pushed back the air date of the episode to next Wednesday because of a scene that is similar to the shooting deaths today of two television journalists in Virginia.

The network released a statement this afternoon: "The previously filmed season finale of Mr. Robot contains a graphic scene similar in nature to today’s tragic events in Virginia. Out of respect to the victims, their families and colleagues, and our viewers, we are postponing tonight’s episode. Our thoughts go out to all those affected during this difficult time."

The finale will air as planned, "in its entirety," according to the network, next Wednesday, Sept. 2. Tonight, USA will re-run last week's episode instead.