Rachel Maddow finds the perfect analogy for the Donald Trump-Fox News feud: Why it's just like Frankenstein vs. his own monster 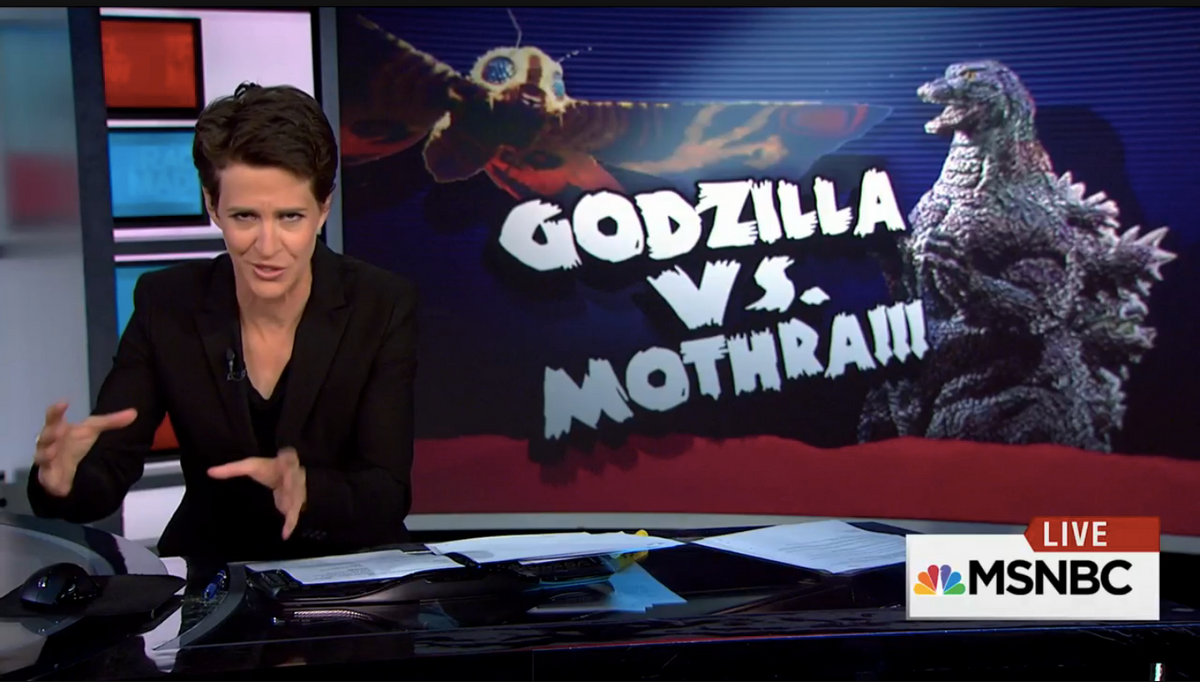 In the months leading up to the first Republican presidential debate, Donald Trump appeared on Fox News more often than any other Republican candidate, according to Rachel Maddow.

"Donald Trump was essentially a potted plant that the Fox News studio crew members kept finding new, sunny places for," she said on her show last night. "He was always there."

But, Maddow noted, that began to change after the August 6 debate hosted by Fox when Trump publicly expressed his dissatisfaction with the questions. Suddenly after Trump's appearances on the news channel halted until days later when the two seemingly "made up," according to Maddow.

But the relationship has changed again.

"That truce is apparently over," Maddow said. "As of last night, the war is back on."

Trump sent out a series of tweets and retweets criticizing Megyn Kelly and her Fox News show. In response, numerous Fox representatives shot back at Trump on Twitter.

Maddox compares the battle between Trump and Fox to that of Godzilla vs. Mothra or Frankenstein vs. his own monster.

"When [Donald Trump] wanted to be treated like a real candidate, Fox News did that for him," she said. "They created this thing, which they are now fighting."