The RINO-ing of Megyn Kelly: Has Trump made it okay for all candidates to blow her off? 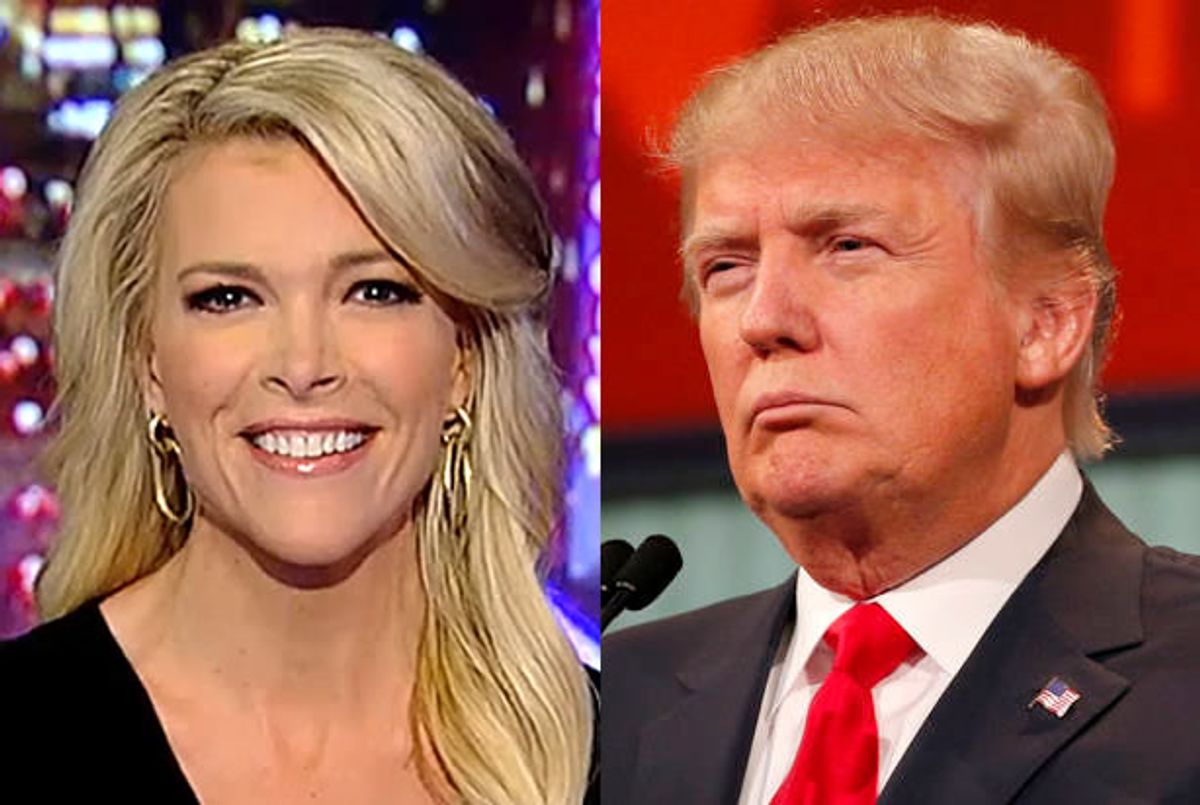 So now Megyn Kelly is a RINO squish intent on doing the liberal media's dirty work. The same Megyn Kelly who once insisted that Santa Claus, a fictional person (spoiler, sorry), is a white man. The same Megyn Kelly who prattled on for months, maybe years, about how the Obama administration was in cahoots with The New Black Panther Party. Yadda yadda yadda, and so on and so forth. She is now considered an accomplice to the left-wing's hate crimes, and Barack Obama's dastardly plan to transform the American fabric.

This of course is due to Donald Trump. Kelly asked Trump a couple of obvious questions about the many horrible things he's said about women during the presidential debate. He responded by trashing her, suggesting she was on her period, leaving her alone for a week or two, and then just this week resuming his attacks on her.

It makes you wonder what sort of mail Fox News has been getting about Megyn Kelly. That Trump has been trashing her for so long, and the best her coworkers and boss can do is tweet a few cowardly lines asking him to pwease, pwease stop, Mr. Trump, pwease, suggests that Fox's audience has sided with Trump on this one and has lost a certain amount of faith in Megyn Kelly.

What Trump's campaign has done, then, is give other candidates an excuse to blow off questions from Megyn Kelly. Considere this exchange between Kelly and Ted Cruz last night.

What would President Cruz do? Do American citizen children of two illegal immigrants, who are born here, the children, get deported under a President Cruz?” Kelly asked.

Donald Trump, she said, “has answered that question explicitly.”

“Megyn, I get that that’s the question you want to ask,” Cruz said. “That’s also the question every mainstream media liberal journalist wants to ask.”

Asked whether it is an unfair question, Cruz said that it is “a distraction” from solving the issue.

“You know, it’s also the question that Barack Obama wants to focus on,” Cruz retorted.

“Why is it so hard? Why don’t you just say yes or no?” Kelly asked.

It's somewhat surprising that Cruz wouldn't answer this question. He has previously said that he's "absolutely" in favor of ending birthright citizenship for children of undocumented immigrants. When Kelly frames it this way, though -- describing specifically what that would mean, which is to say deporting a lot of children -- it just sounds so much crueler, doesn't it? Cruz is a confident fellow who doesn't usually have much trouble "telling it like it is," so to speak. Here he makes the calculation, though, that instead of answering the question, it would be better to suggest that Kelly is following the lead of nefarious "mainstream media liberal journalist[s]" and Barack Obama. Fox News' audience, thanks to Trump, has been conditioned to believe that this is plausible.