The time to talk about gun violence is now: Following the NRA-approved script of dignified silence is getting us nowhere

Gun violence occurs every day in America—if not now, when? 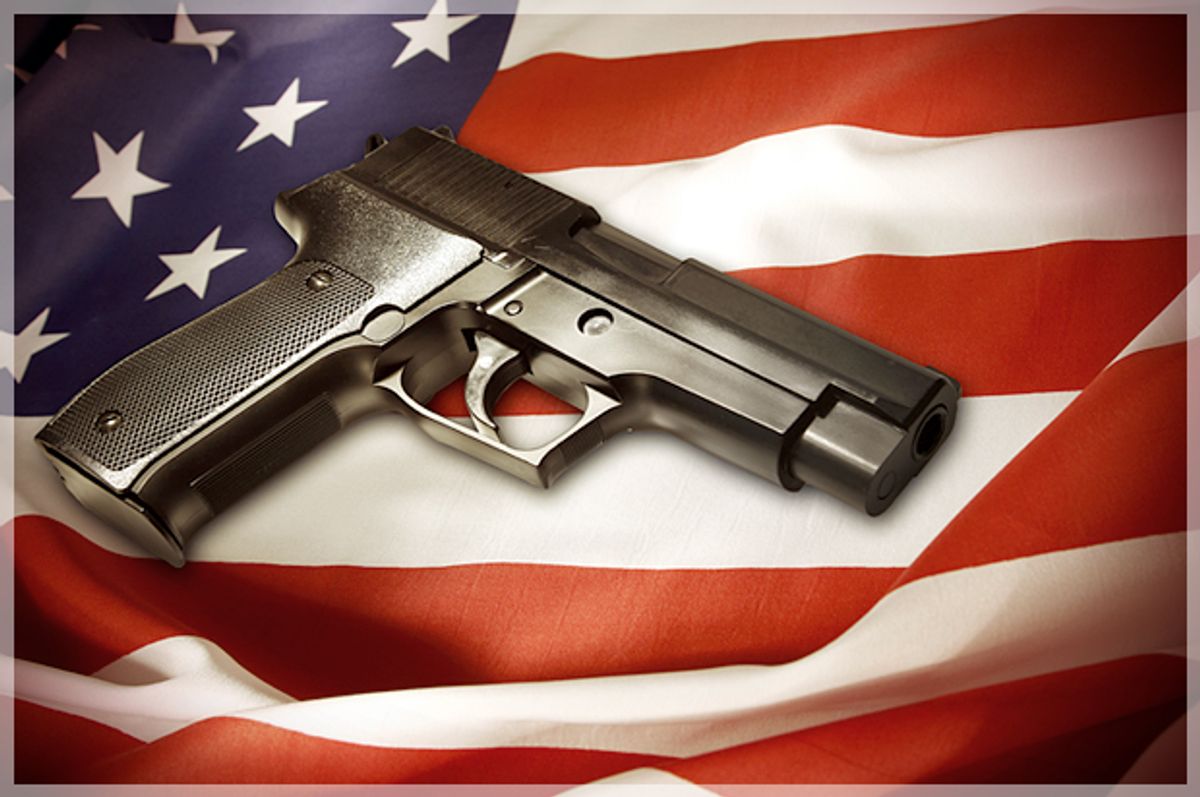 It’s not the time now. It’s not respectful. Let’s not politicize this. We need to honor the slain. There will be plenty of time later. Our thoughts are with the victims.

These are the kind of things we inevitably hear after a public or mass shooting. Louisiana Governor Bobby Jindal may be the most assertive of the “now’s not the time” crowd – those who refuse to see a larger picture in this phenomenon in which the U.S. leads the world. When the president dared to mention shootings in a speech, Jindal dismissed it as a matter of “cheap political points,”

But the latest in the endless series of public shootings – today's murder of two television journalists in Virginia – may be different. Could it be that this time, a critical mass of tragedies, or the oddly public nature of the shooting – captured on film and quickly sent around the world – will make us finally engage more seriously?

The argument by Jindal and company tends to go this way: “We are less than 24 hours out, we’ve got two families that need to bury their loved ones,” as he said after a July movie theater shooting in Lafayette, La. “We’ve got families waiting for their loved ones to leave the hospital and are praying for their recovery… There will be an absolute appropriate time for us to talk about policies and politics, and I’m sure that folks will want to score political points of this tragedy, as they’ve tried to do on previous tragedies.”

Somehow, that appropriate time never arrives. But it’s not limited to Jindal: Bernie Sanders, who favors some gun control, is far less assertive on the issue than he is on many others. "I will talk about guns at some length," he told CNN after the Charleston shooting, "but not right now."

The Washington Post put together a good survey of the “let’s not talk about it” movement:

In recent years, politicians and commentators from across the political spectrum have responded to mass shootings with an invocation of the phrase "now is not the time," or a close variant. The Obama White House said it in response to the Newtown shootings, though it later made an unsuccessful push for tighter gun laws. Nick Gillespie, editor-in-chief of Reason.com, invoked it in response to the Washington Navy Yard shootings. It's a refrain the NRA finds itself singing often.

But there are so many mass shootings lately – once a day, on average, this year, which mean some days includes multiple shootings – that we will absolutely never talk like grownups about this crisis and real policy solutions is we keep waiting for the smoke to clear.

And while it may take a while for politicians – especially those with presidential aspirations -- to change their tune, civilians may be beginning to lose their patience with the NRA-approved script that dignified silence is the only way to honor victims of gun violence.

That tide may be turning. After a while, it’s hard to keep up the idea that we’re just waiting for the right time, or that the problem will go away if we ignore it, or that it’s somehow disrespectful to connect an individual act of violence to the larger national epidemic.

Case in point: The YA novelist Maureen Johnson has started a Twitter campaign, #whencanwetalkabouttheguns. “Talking isn't agreeing,” she Tweeted. “But talking means the situation is not static.” Some on social media are jumping in to agree, others are still talking about how this kind of thing “politicizes” a tragedy and the other usual defenses about refusing to have a conversation about the larger mess.

Contra the NRA, talking about the big picture doesn’t mean taking away everyone’s guns. It means considering these events as more than just isolated incidents, and looking seriously at solutions from all angles.

With each highly publicized tragedy, those concerned about gun violence have looked forward to a real, broad-based public effort to solve the problem, and been frustrated. Maybe the Virginia shooting will be just another one of those. But here’s hoping others follow Johnson’s lead, and that people don’t keep quiet about this. Now is the time to talk about this.