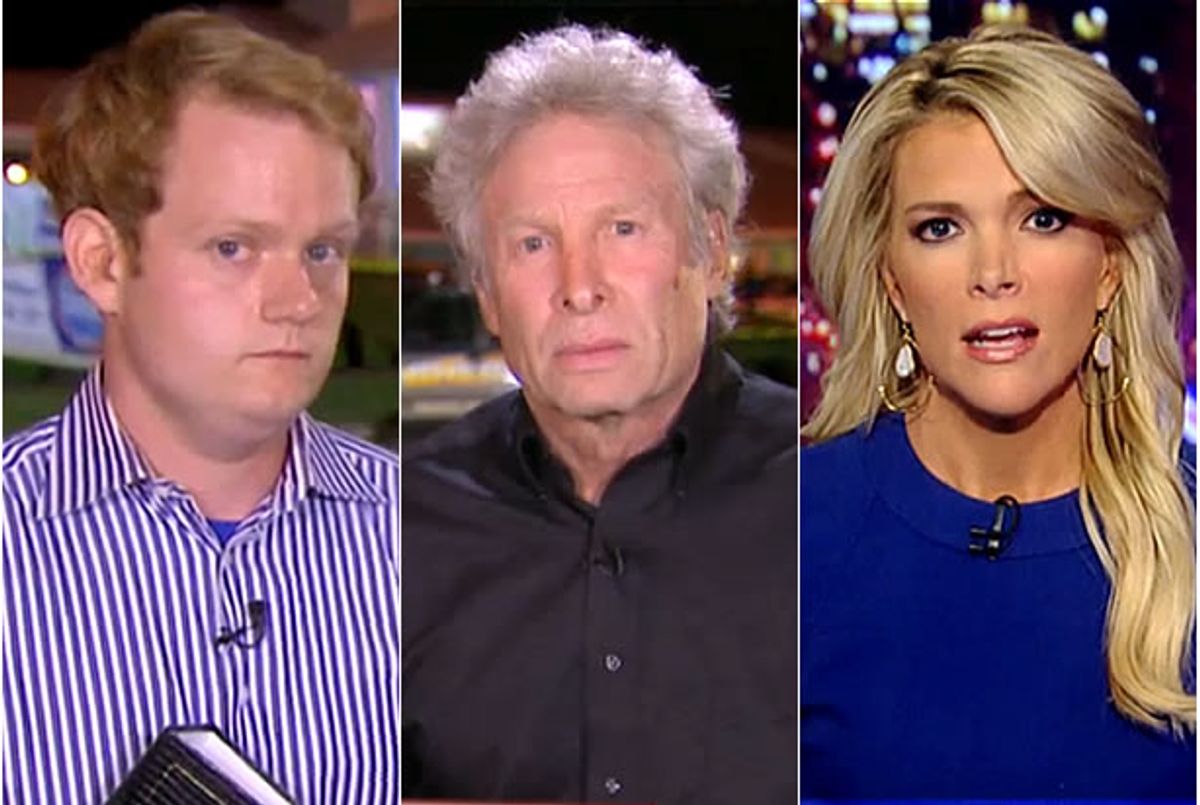 On "The Kelly File" Wednesday night, Megyn Kelly spoke to murdered journalist Alison Parker's boyfriend, as well as her father, about her murder at the hands of a disgruntled former co-worker.

Kelly asked Andy Parker and Chris Hurst if they wanted to respond to allegations made by Vester Flanagan II before he committed suicide that he attacked Parker and Adam Ward because they had made racist statements about him. Parker's father begged off, saying he'd avoided media coverage about Flanagan, but Hurst stated in no uncertain terms that nothing said or written by someone who took pleasure in premeditating the murder of two people should be taken seriously.

It's wrong to think he was "issuing lucid, rational thoughts in what [the media] is identifying as a manifesto" given the manner he acted upon them, Hurst said. "I don't think you can take seriously anything said in any of his writings," he added.

"He was a crazy man who got a gun," Andy Parker said. "That's part two of where we're going."

Kelly ventured that there had been speculation that Ward pointed his camera in the direction of his killer as he died, so that there'd be evidence of who killed him, but Parker and Hurst didn't want to discuss that. Parker said that "I was told this was going to be about Alison's life, I had reservations coming here, and if it were any other situation, I wouldn't have. But she was a journalist first, a TV personality second, and she would've wanted me to come here and state the case."

"We even joked about how she was the perfect Fox News girl," he said. "She was pretty, she was blonde, and she was smart."

Kelly ceded the floor to Parker and Hurst at the interview's conclusion, and Parker used the opportunity to reiterate that "we've got to do something about crazy people getting guns. The problem you guys have, and I know this is the news business, but this isn't going to be a story next week. But you mark my words, my mission in life -- and I talked to the governor today -- I'm going to do something to get gun legislation, to shame people, to shame legislators into doing something to make sure that crazy people don't get guns."