Are these really the best songs of the '80s?: Picking apart Pitchfork's fascinating, frustrating list

Hip hop and soul are well represented, but alt-country and U.S. alternative, not so much 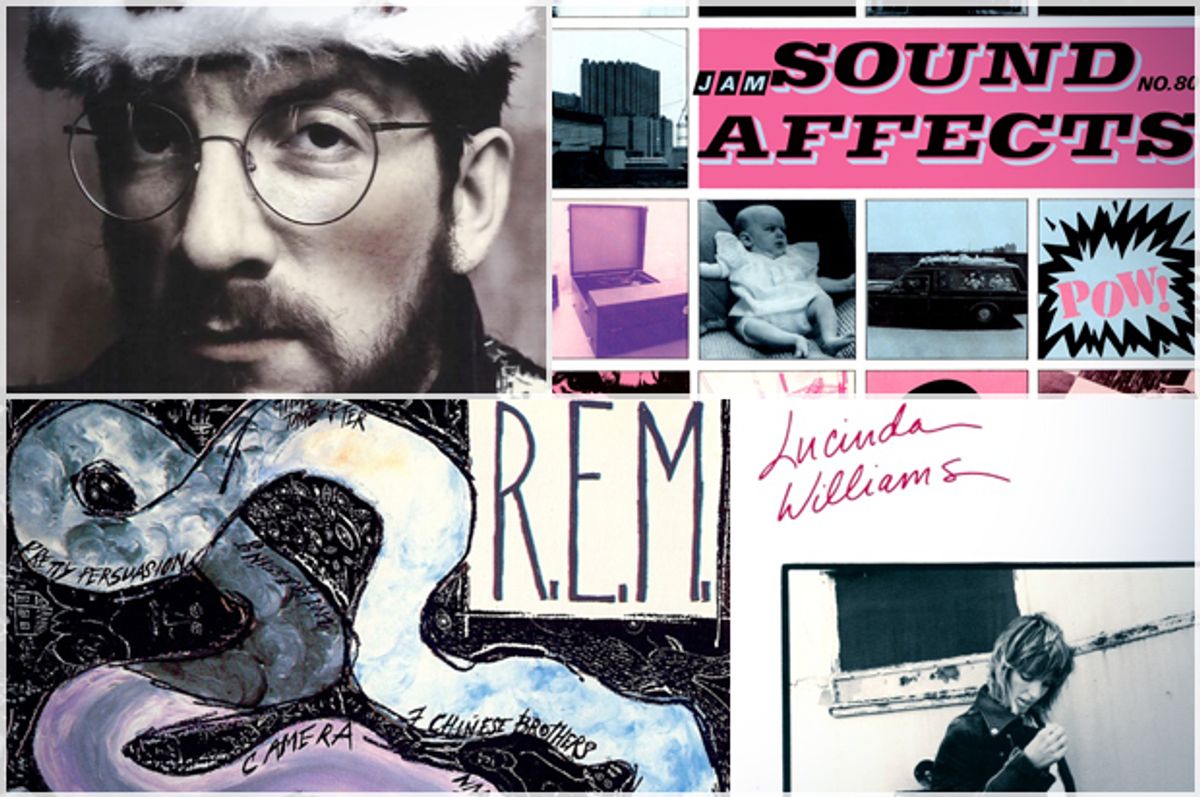 Best-of lists are both impossible and irresistible, and the longer and broader the span they try to include, the more imperfect and full of holes they’re likely to be. The music site Pitchfork has just demonstrated that with its list of the 200 best songs from the 1980s. It’s a stylistically wide-ranging list, with sharply written descriptions of each song, which manages to be equal parts fascinating and frustrating.

Here’s how Pitchfork tees it up:

A great deal of today's music looks to the '80s for inspiration, but there are so many different ideas of what "'80s" as a descriptor can mean. Here we return to the source material.

As we did for the 1960s, the 1990s, and the 2000s, as well as our 2010-2014 list, we polled our staff and contributing writers for their favorite songs of the era and tabulated the results. Every time we do one of these lists we learn something about how perceptions of decades change over time, and how the musical ideas from a given era filter through to later generations.

The Pitchfork staff seems split between making a best-of list (what are our favorite songs, the most enduring music) and a list of the songs that influence what we heard today. Considering the current dominance of hip hop, R&B, and electronic dance music, this is as comprehensive a list as you’re likely to see.

The list excels at documenting of the years when hip hop evolved from Grandmaster Flash’s “The Message” to pop pastiche like De La Soul and word-drunk one-offs like the Beastie Boys’ “Paul’s Boutique.” The descriptions of how various kinds of ‘80s production shaped what we hear from music today – or the way the music and vocals of Yoko Ono’s “Walking on Thin Ice” echoes through contemporary bands -- shows some very good ears among the site’s staff. The nods to music outside the Anglo-American axis (a bit of Brazilian and West African) are well chosen. The shaping up of Prince as the artist of the decade makes sense, whether you look at today’s musical landscape or just look at the ‘80s in isolation.

But if you reject the list’s contrarian/ Poptimist subtext – if you think that music played mostly on guitars, that comes out of country and folk and acoustic blues still matters and had a pretty good run in the ‘80s – the list is less satisfying and full of holes.

Among the 200 are a few songs – usually one each – by Hüsker Dü, the Pixies, Beat Happening, Dead Kennedys, and some others. Bands from Manchester, England, are well represented, perhaps because music of that city’s scene drew from soul and funk and opened the door to the future, so New Order and Joy Division chart quite high.

But among the musicians who don’t show up or barely at all are The Jam, Elvis Costello, Lucinda Williams, The Go-Betweens, Richard and Linda Thompson, Billy Bragg, Uncle Tupelo and Public Image Ltd. Stylistically, these groups are all over the map, but overall, shoegaze, singer-songwriters, alt-country, and the American alternative movement are pretty hard to find.

Unless I missed something, there’s only one song by the chiming quartet from Athens, GA, which ended up shaping much of the college- and alternative- and indie-rock of the ‘80s and after. The list describes “Radio Free Europe,” down there at 128, as sounding like “the invention of indie rock.” Well said – then we do we not see anything else by this band for the rest of the list?

The lack of anything from the Clash’s “London Calling” LP -- a two-LP masterpiece released in 1980 in the U.S. and typically considered too retro by Poptimists -- is almost as head scratching (unless Pitchfork is disqualifying it because of its December '79 UK release.)

Okay, I know -- there’s only so much room, even on a list of 200 songs. But was it really so urgent to put George Benson’s “Give Me the Night” (just about all of his jazz guitar songs are better and less overplayed), Michael McDonald’s “I Keep Forgettin (Every Time You’re Near),” Tears for Fears’ “Head Over Heels,” Hall and Oates “I Can’t Go For That,” or Phil Collins’ drum machine nightmare “In the Air Tonight”?

Okay, part of this list is really great. But I just can’t forgive them the Phil Collins.