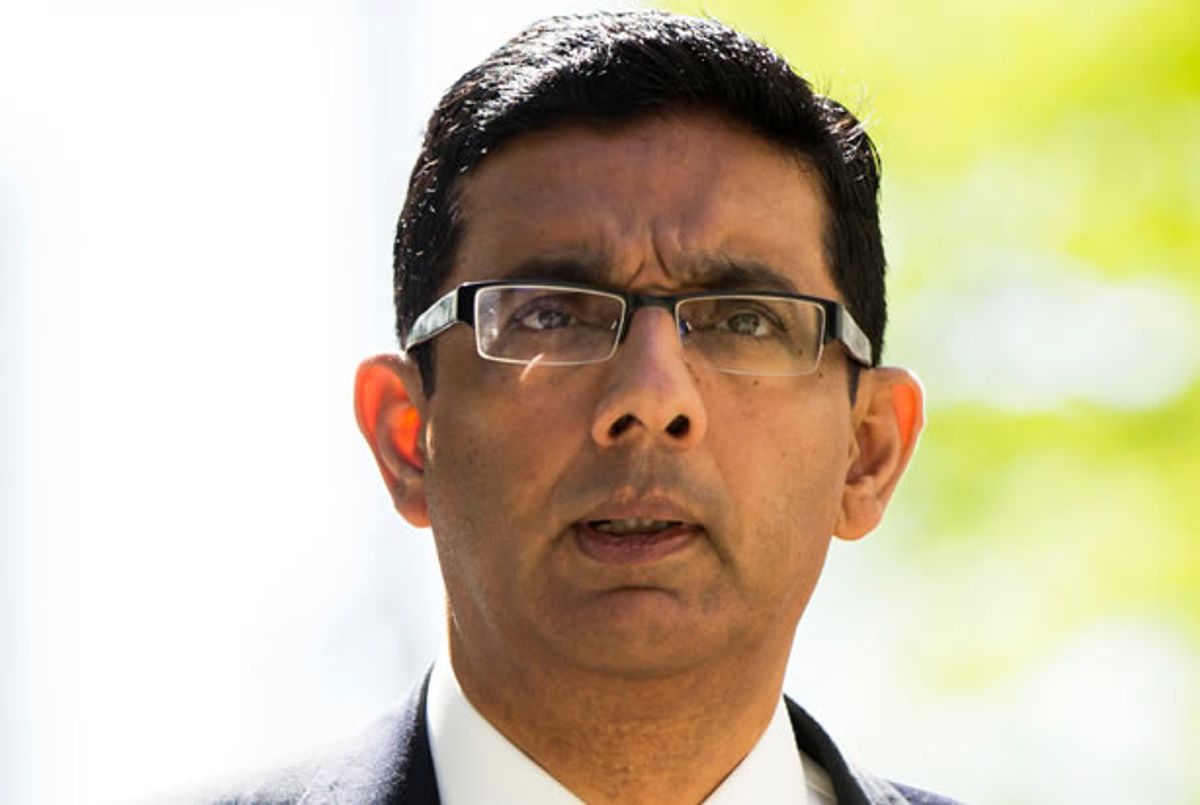 Dinesh D'Souza's commitment to being one of the most objectively vile humans on the face of the planet manifested again on Twitter yesterday, as he aired his complaints about liberal responses to the deaths of Alison Parker and Adam Ward in a manner that the word "trivialize" does no justice:

The evident joy D'Souza took in exploiting these brutal murders is mitigated by the fact that -- wait, no, I take that back. There's no mitigating the fact that D'Souza reveled in the ethnicity and sexual orientation of Vester Flanagan II. That he was a supporter of that "ignorant baboon" Barack Obama is just gravy to the likes of D'Souza, for whom the word "gravy" overstates the gravity of his sympathy for the Flanagan's victims.