Right wing race warriors are having a big week, and it’s only going to get more awful 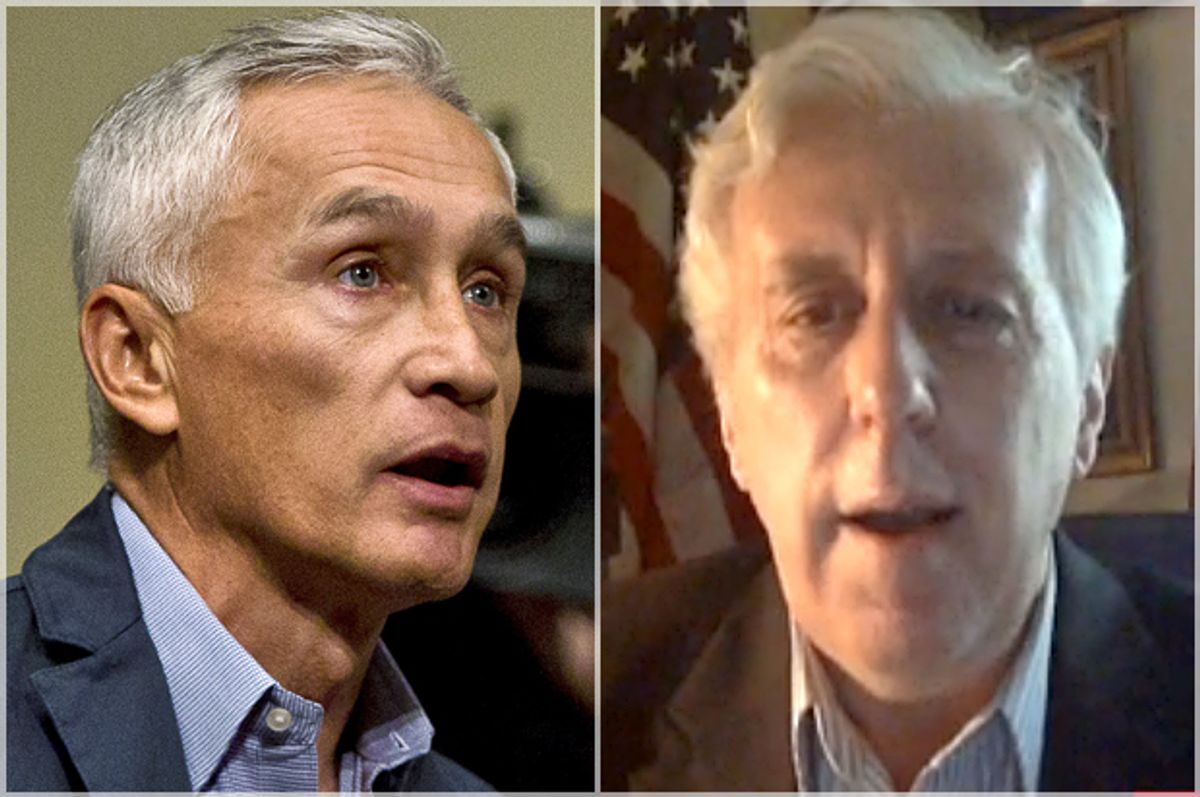 It’s been a thrilling 48 hours for the race warriors of the right, thanks to Univision’s Jorge Ramos’s ejection from a Donald Trump press conference and the revelation that Virginia killer Vester Flanagan II blamed his violence on the Charleston shootings. But it wasn’t in the fever swamps of the right, or even on Fox News, that someone had the gall to compare Ramos to Flanagan.

No, it was on CNN this morning, when new “analyst” Jeffrey Lord, who makes Erick Erickson look like a good hire, said Flanagan and Ramos both were interested in “dividing the country by race.”

The wingnuts have been going nuts over the Ramos and Flanagan stories, accusing both men of fomenting racial hatred. The white nationalists at Breitbart called the Virginia shootings a “race murder” even before Flanagan’s sick manifesto became public. And that’s how Lord kicked off his attack on Ramos.

"When you read [Flanagan’s] manifesto ... he was into a race war. A reaction, which he mentioned, of the Charleston shooting…I'm suggesting here that instead of dividing the country by race, which is what we seem to do, which is what, for instance, Jorge Ramos was all about in that press conference. It's all about the race of people. We shouldn't be going down that path," Lord said.

Kudos Jeffrey Lord, and CNN. In two days of fervid commentary about how Ramos “played the race card,” you gave us the most disgusting reaction yet.

It requires a supreme, carefully honed racial paranoia to see Flanagan’s action as the work of a dedicated race warrior in the first place. Yes, he said the Charleston murders by white supremacist Dylann Roof prompted him to buy a gun, and set off his “powder keg.” But he also cited the Columbine killers and Virginia Tech murderer Seung Cho as inspirations. He was a crazy, vindictive attention-seeking mad man, not the avatar of a movement for black vengeance.

Righties are obsessed with the notion of black vengeance – from the non-existent “knockout game” to Matt Drudge’s endless tales of black attacks on white people. It’s got to be a kind of projection, and buried guilt, to believe that black people, given the chance, would treat whites the way we’ve treated them.

But there’s nothing sicker than linking Flanagan to Ramos, the respected Univision anchor and admitted advocate for decent treatment of Latino immigrants. When Donald Trump told him to “go back to Univision,” it was a loud dog whistle, a barely disguised way of telling him to go back to whatever Latino country he came from. Moments later, a Trump supporter told Ramos, “Get out of my country. Get out.” The dignified Ramos told the pro-Trump blowhard that he is in fact a U.S. citizen.

Of course Fox News has been fairly disgusting to Ramos, too, with Bill O’Reilly’s stooge Jesse Watters saying he “acted like an illegal alien, and got treated like one.” In fact, just like Megyn Kelly, Ramos was a reporter doing his job – and Trump took the opportunity to disrespect both, to rile up his base against an uppity woman as well as a Latino.

As I write, I’m watching Trump in South Carolina denouncing Ramos as a “maniac,” who was “screaming at the top of his lungs,” to the cheers of an adoring audience. This will continue to get worse, but thank God for small blessings: Trump hasn’t compared Ramos to Flanagan. Yet.