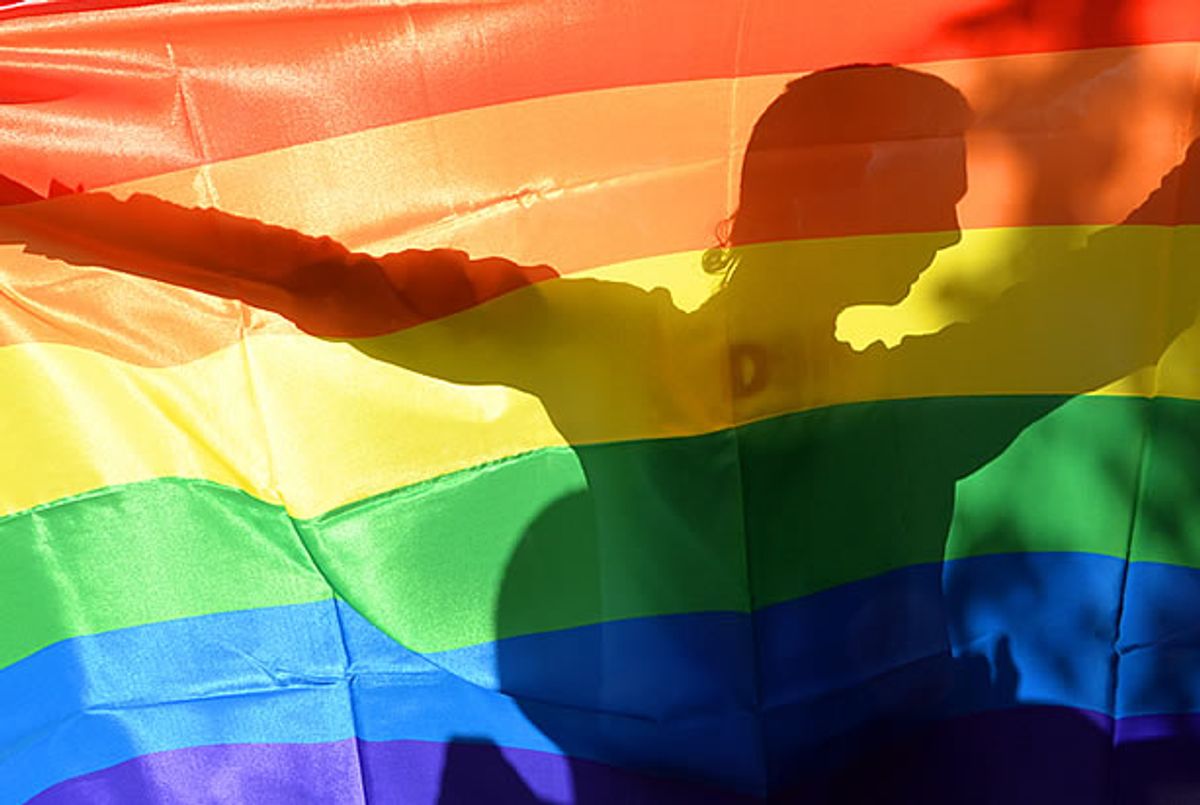 Ben Shapiro, who a few weeks back was pedantically lecturing fellow conservatives about the definition of "analogy," demonstrated Thursday morning that he's not actually on familiar terms with the concept, as evidenced by this tweet:

What he's arguing here is beyond idiotic -- one homosexual African-American male who owns a gay pride flag isn't the same thing as the symbol of treason in defense of slavery, for which over 750,000 Americans lost their lives righteously fighting or regretfully defending. Nor is one gay black man the equivalent of a state legislature like South Carolina's, an august body containing many members who agreed with their state's sitting senator that the flag "represents who we are," all of whom conveniently forgot that 30 percent of the state is black.

But the fact that Shapiro's analogy wasn't even remotely analogous didn't stop his followers from pouncing on it an attempt to get #TakeItDown trending on Twitter:

Not everyone, however, was fooled by Shapiro's manifest deficit of logic:

And more than a few people were adamant that the phrase was applicable to the murders of Alison Parker and Adam Ward, just not in the way Shapiro intended: