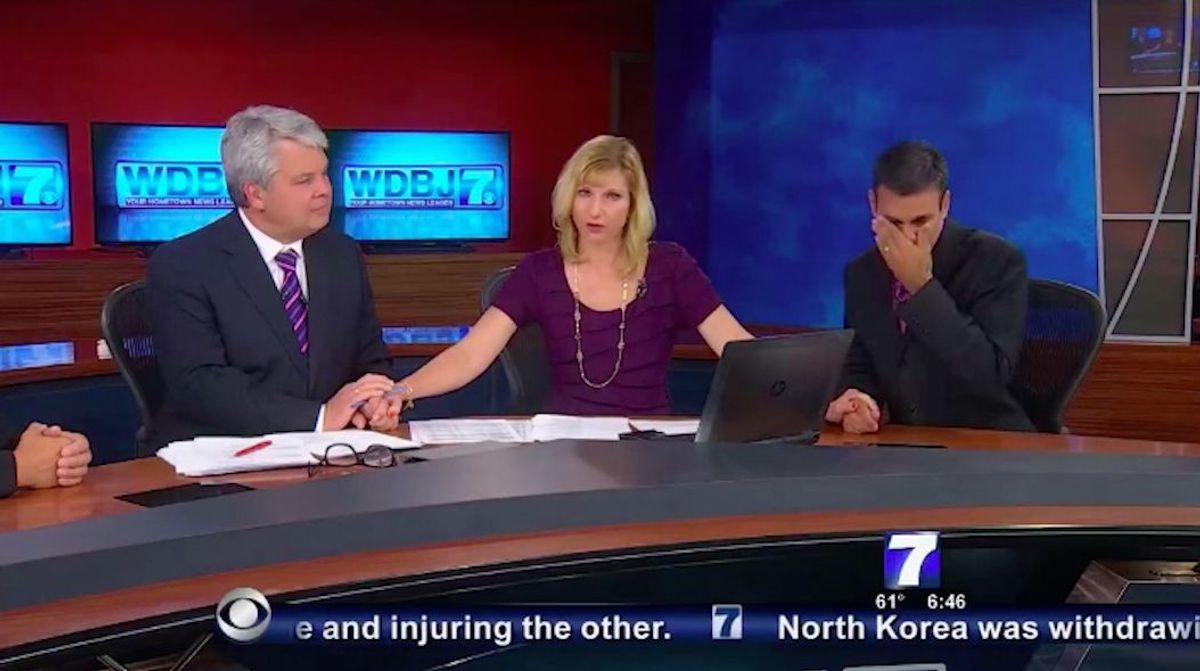 Members of the news team at Virginia's WDBJ Channel 7 aired a moment of silence during its 6 a.m. newscast, 24-hours after reporter Alison Parker and cameraman Adam Ward were shot and killed during a live broadcast.

Parker and Ward were gunned down by Vester Lee Flanagan, 41, who used to be a reporter at WDBJ but was fired a few years ago.

Watch the tearful tribute to the two slain journalists here: