"When you lose your land, you lose part of yourself": Watch this poignant short film about resilience in the aftermath of Katrina 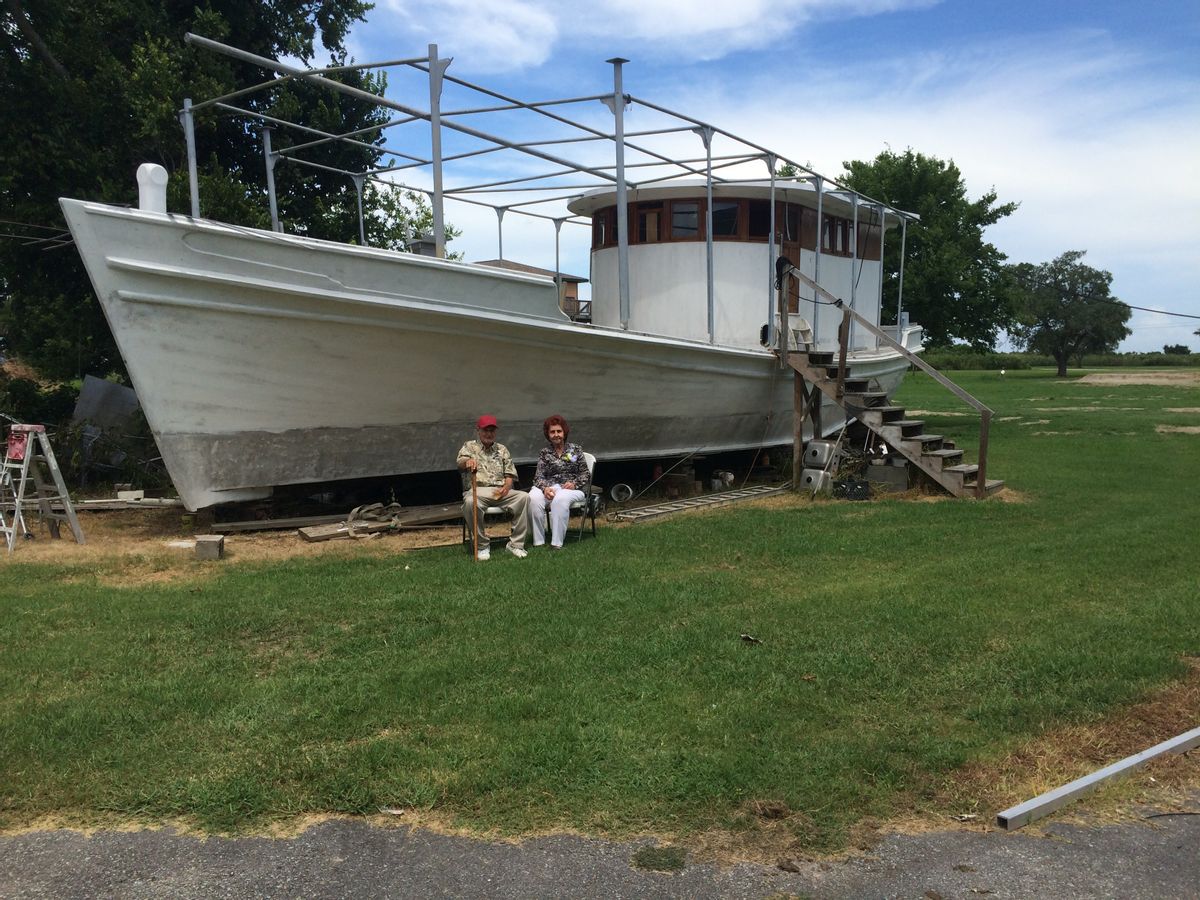 Way out in Yscloskey, a town 30 miles southeast of New Orleans or, in the words of one of its oldest residents, "at the end of the world," a large, unfinished boat in a yard caught the attention of director Zack Godshall. Curious as to who the boat belonged to, Godshall knocked on the door of the house it belonged to, and that's how he met Joseph Gonzales: still very much in love with his wife of 70 years, Selina, still determined, after 30 years and despite his encroaching loss of vision, to get the boat in the water, and with no intention, 10 years after Hurricane Katrina, of living anywhere else.

"The thing that they've managed to do is stick with their roots," Godshall told Salon. "Their identity is so bound up with the land, and when you lose your land, you lose your home, you sort of lose part of yourself."

Katrina was by far the biggest disaster to hit Yscloskey, but to live on the Louisiana coast is to witness a slower-moving environmental catastrophe. Parts of the coast are eroding so fast, they're losing an area the size of a football field each hour; in the not-too-distant future, there may be no land to return to.

"Most of us living in cities don't have that sort of connection to the environment," Godshall mused. "If you do, moving away from it is just unfathomable." Katrina swept away every house in the area but the Gonzales', and rather than move away, they built up: their home now rests on 15-foot high stilts.

"The Boatman" is one of six mini-documentaries featured in New Orleans, Here & Now, a series that premiered today in commemoration of the tenth anniversary of Hurricane Katrina. You can watch the film below, and check out the entire series here.