Bill O'Reilly: Rampant "nihilism" and "secular-progressive" beliefs to blame for the murders of Virginia journalists

He's not entirely sure what the word "nihilist" means, but knows every killer he's covered in 40 years has been one 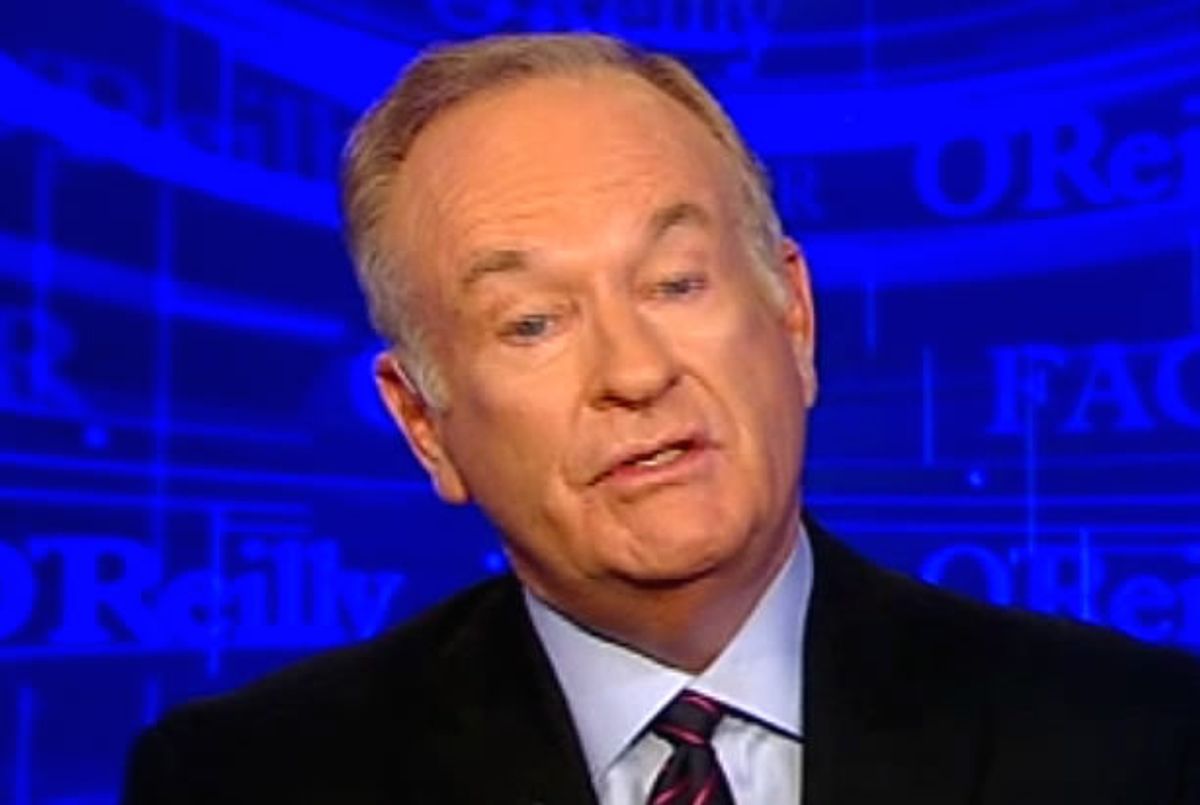 On "The O'Reilly Factor" Thursday night, host Bill O'Reilly claimed that the recent spate of mass shootings isn't the result of lax gun laws so much as rampant "nihilism" in American society.

He quoted Senator Marco Rubio, who earlier this week attributed the perceived rise in violence to secularists' alleged efforts to "devalue life," which O'Reilly described as "a rise in nihilism and a decline in spiritual belief." Like an undergraduate inordinately proud of the big word he learned in his first philosophy seminar, O'Reilly proceeded to repeat the word multiple times without ever demonstrating he had an understanding of it. "A person practicing nihilism believes in nothing but his or her own desires," he said.

"These folks have no loyalties and no purpose outside of their own gratifications," O'Reilly continued. "Nihilism is a close cousin to narcissism, where a person believes they're never wrong and lacks empathy for others." Clearly, O'Reilly and his staff have finally reached the "N" section of their philosophical primer, but so dazzled were they by the length of the words they neglected to actually read the entries.

"In 40 years reporting the news, almost every killer I've reported on has been a nihilist," he said, though he could have substituted "been a carbon-based life-form" or "required oxygen" for "nihilist" and have made more sense. "John Hinckley, when he tried to assassinate President Reagan, believed in nothing," O'Reilly added.

This new nihilist bent -- which is both very new and, by O'Reilly's own account, at least 40 years old -- is causing America to "turn away from spiritualism and embrace the culture of me." Solipsism, however, isn't nihilism, but maybe O'Reilly's philosophy course hasn't got that far yet. It's only the early days of the new semester, after all.

Later in the segment, he spoke to Fox News Medical A Team contributor Keith Ablow, who speculated that "individuals in this country now, I believe, are tending away from spirituality and into the secular-progressive ‘It’s all about me' -- and when you combine that with a mental illness, you have what you had in Virginia yesterday."