Sarah Palin won't rule out serving as Donald Trump's vice president: "He's shaking it up the way it should be" 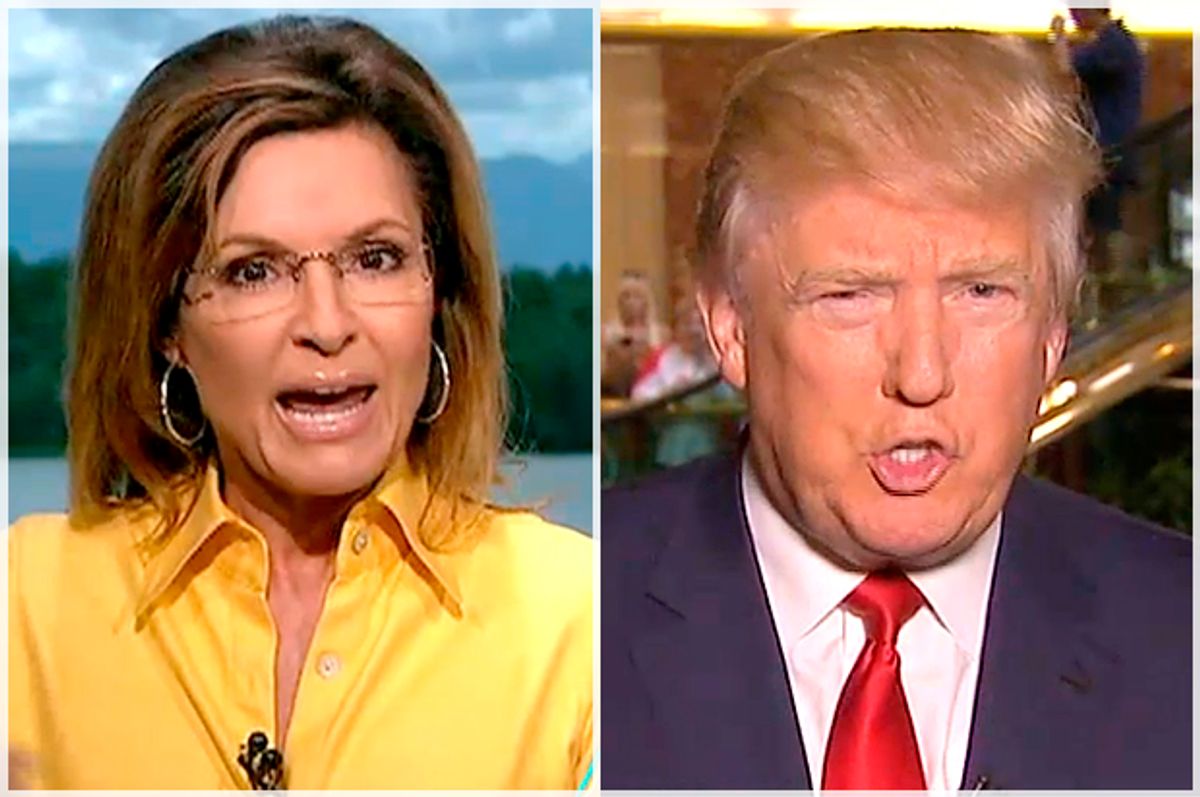 Donald Trump declined in an interview this week to name any preferred verses in his self-proclaimed "favorite" book, The Bible, and now Sarah Palin has rushed to the defense of his non-answer, blasting the "lamestream media" for asking "spiritual gotchas." Palin is also signaling that she's open to reprising her 2008 role as GOP vice presidential nominee if Trump asks her.

Earlier this week, Bloomberg's Mark Halperin asked Trump what his favorite Bible verse was. The Republican presidential candidate has repeatedly proclaimed that the Bible is his favorite book, but Trump could not name one verse. When asked if he preferred the Old Testament or the New Testament, Trump answered "probably equal."

“The Bible means a lot to me, but I don’t want to get into specifics,” Trump said, attempting to shut down questions on his self-declared favorite book (Trump likes to joke that his 1987 bestseller "The Art of the Deal" is a close second).

In an interview with the entertainment show "Extra," Palin defended the GOP frontrunner, and  teased her upcoming interview with him on her limited run television return, "On Point with Sarah Palin."

"Good on Trump for screwing with the reporter," Palin told host Renee Bargh.

Palin praised Trump for "shaking it up the way it should be and he’s leading other candidates and having to talk about the issues that average Joe Six-Pack American wants to hear and wants to talk about."

During the interview, Palin did not rule out serving as Trump's vice presidential running mate, although she said there were "so many good potential female running mates out there and male running mates." Trump has floated the possibility of offering Palin a Cabinet post.

Since her 2008 vice presidential campaign, Palin has crusaded against the so-called "lamestream media," continuing to do so on Facebook today:

By the way, even with my reading scripture everyday I wouldn't want to answer the guy's question either... it's none of his business; it IS personal; what the heck does it have to do with serving as commander-in-chief; and these reporters trying to trip up conservatives can go pound sand until they ask the same things of their favored liberal pals