If correct, it could have far-reaching implications for the entire fictional world in which you're so invested 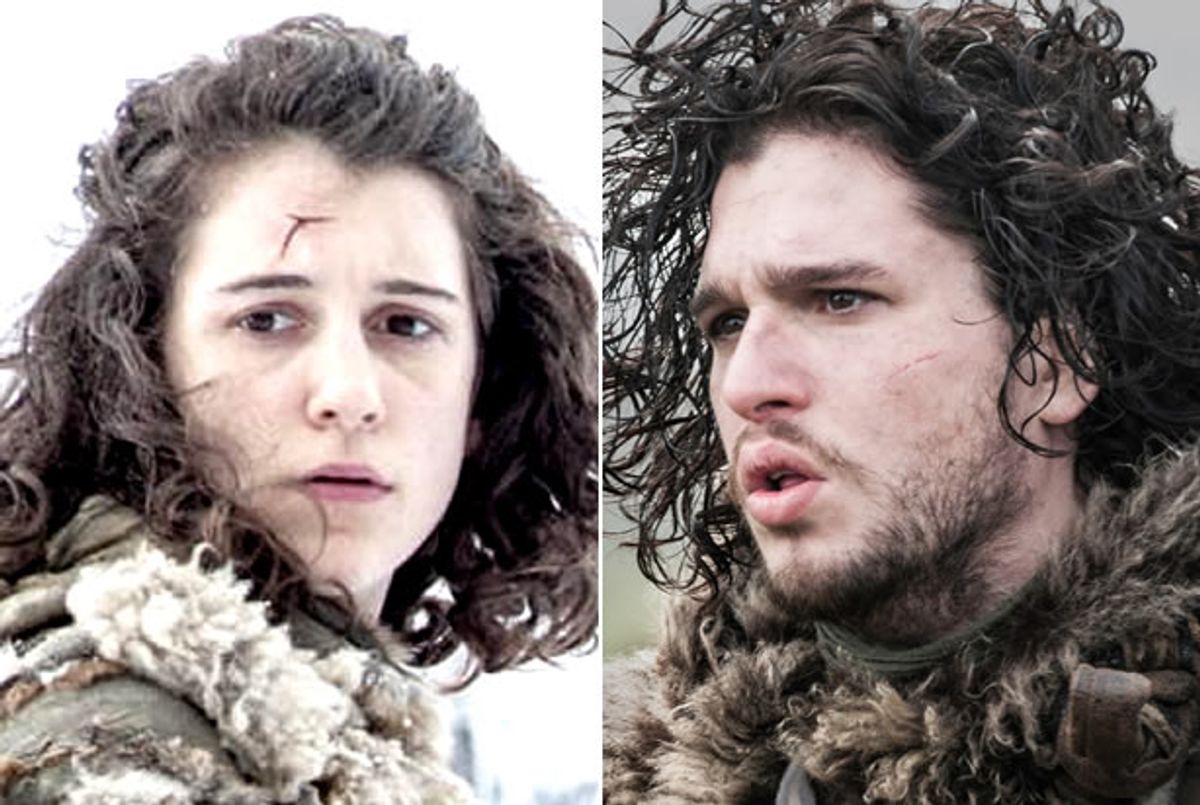 Warning: The following contains spoilers for show-only watchers and people who read very slowly, as well as lot of speculation that will no doubt be rendered baseless sooner rather than later, but which is interesting to think about anyway.

Jon Snow is dead, "absolutely dead," which obviously means nothing given that he's dead in the North -- where the dead don't stay dead -- and in very close proximity to someone whose god is known for raising the dead -- Melissandre's not back at Castle Black for no reason, after all. So HBO executives can plead special knowledge of the finality of Snow's death all they'd like, because odds are he's both dead and still a very significant character on the show, doing the sorts of things very significant characters do like eating, breathing and being significant.

Why does this matter? Because many devoted fans -- a group in which I include myself, given that I've devoted 60 some-odd hours of my life to my "Game of Thrones" podcast with the inestimable Steven Attewell -- believe that Snow is destined to be Azor Ahai, a legendary figure whose importance can be quickly gleaned in this extremely helpful video. Why is Snow considered to be in contention for this illustrious position? Because of who his parents might be.

For those unfamiliar with the essentially verified fan-theory R+L=J, here's a full account, but the short version is this: Jon Snow's not actually Ned Stark's bastard, but the child of Rhaegar Targaryen and Lyanna Stark. We know that Lyanna made Ned promise her something, possibly at the Tower of Joy, where she died. R+L=J posits that she made him promise to take care of her son -- whose blood, by virtue of being both Targaryen and Stark, would run thick with both fire and ice, which raises many possibilities about the nature and duration of his death, but I digress. The point is that R+L=J was all but confirmed in last season's "Sons of the Harpy," and if you take HBO executives at the most literal interpretation of their word and belief Jon Snow is dead dead, not merely dead-for-the-moment, the pressing question becomes "Who is Azor Ahai?"

If you watched the video above -- and you really should, Alt Shift X is a Westerosi treasure with a soft, English lilt -- you'll know that Daenerys Targaryen's another contender for Azor Ahai, but the argument for her is more strained, so a Redditor who goes by "ghostchief" proposed an alternate explanation that leaves the R+L=J logic intact -- Jon Snow has a twin sister, and Ned's promise to his dying sister was to protect both Jon and his twin. Who's his twin?

Ned Stark was accompanied by six men when he stormed the Tower of Joy, and the only one who survived -- the only one who would been present shortly after the alleged births of Jon Snow and his twin sister -- was Howland Reed, the father of the Meera and Jojen Reed, the pair who spirited Bran Stark away in Season 4. It bears mentioning that in life, the fair-skinned, fair-haired Jojen in no way resembled his dark-locked, rugged-looking sister. But those dark locks and rugged looks are a characteristic of Starks, be they bastards or sister-born, and as you can tell from the image accompanying this story, when the producers cast Ellie Kendrick, she might as well as been answering a call for "a woman who'd look like Jon Snow if we slapped a sketchy beard on her."

So if Lyanna had twins in the Tower of Joy, and if they were the children of Rhaegar Targaryen, it's possible that Ned took Jon Snow back to Winterfell and left the girl in the care of Howland Reed, who claimed her as his own and raised her as "Meera." Reed is noted, in "A Clash of Kings," of being "a great friend to" Ned Stark -- could their shared military glory be only part of the reason for the greatness of their friendship?

It's probably worth noting here that Meera and Jon are exactly the same age, because as George R.R. Martin noted in the appendix of "A Clash of Kings," both were born in 283 AC. If their year of birth is more than a coincidence and Jon is dead dead, that would make Meera the most probable candidate for Azor Ahai, and she'd be remarkably well-positioned to be the person responsible for saving Westeros and Essos from the white-walking terrors of the winter to come, given that she's already well north of the Wall.

Or it could all be bunk. Outside of Martin, nobody knows -- but I'd rather spend the next nine months down this rabbit hole than speculating about Jon Snow's fate based on the current status of Kit Harrington's hair.

Game Of Thrones Jon Snow You Know Nothing