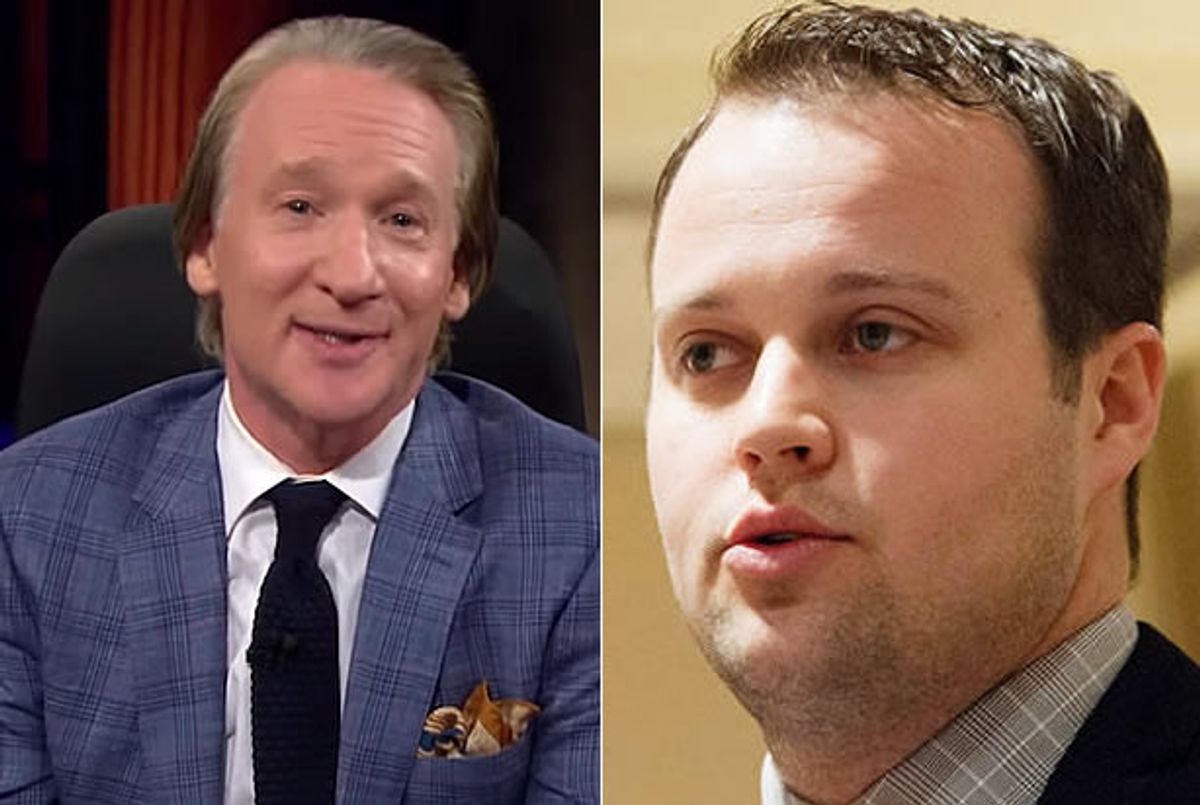 Bill Maher concluded "Real Time" last night by attacking the hypocrisy of professional Christian Josh Duggar and his multiple accounts on the cheating website Ashley Madison -- but he also noted that Duggar's "fall" is the result of American's puritanical ideas about sexuality, and that Duggar was a victim of an extremist version of them.

He began by discussing Addyi, which "people have been calling the 'female Viagra.' But no, Addyi is a mood drug, whereas Viagra is for men who still have the desire for sex, but physically can’t. Their penis used to go up like a lightsaber, and now it goes on like hanging Christmas lights."

Maher noted that it's prescribed for women with "sexual desire disorder," which simply means that they're not sexually attracted to the sole person that society demands they be attracted to -- which brought him to Josh Duggar and his Ashley Madison accounts.

He added that it's bizarre that expressions of heterosexual desire are being policed at this particular junction in American history, given that supposedly non-normative sexual identities are being celebrated.

"Caitlyn Jenner gets up at the ESPYs in a dress with tits and a dick under it, and there’s not a dry eye in the house," he said. "Somehow with gay and transgender people we celebrate -- as we should -- the concept of ‘I am who I am, I was born this way, this is my truth.’ Great. But can we get the same deal for the 95 percent of us?"