Higher education's real censors: What we're missing in the debate over trigger warnings and "coddled" students 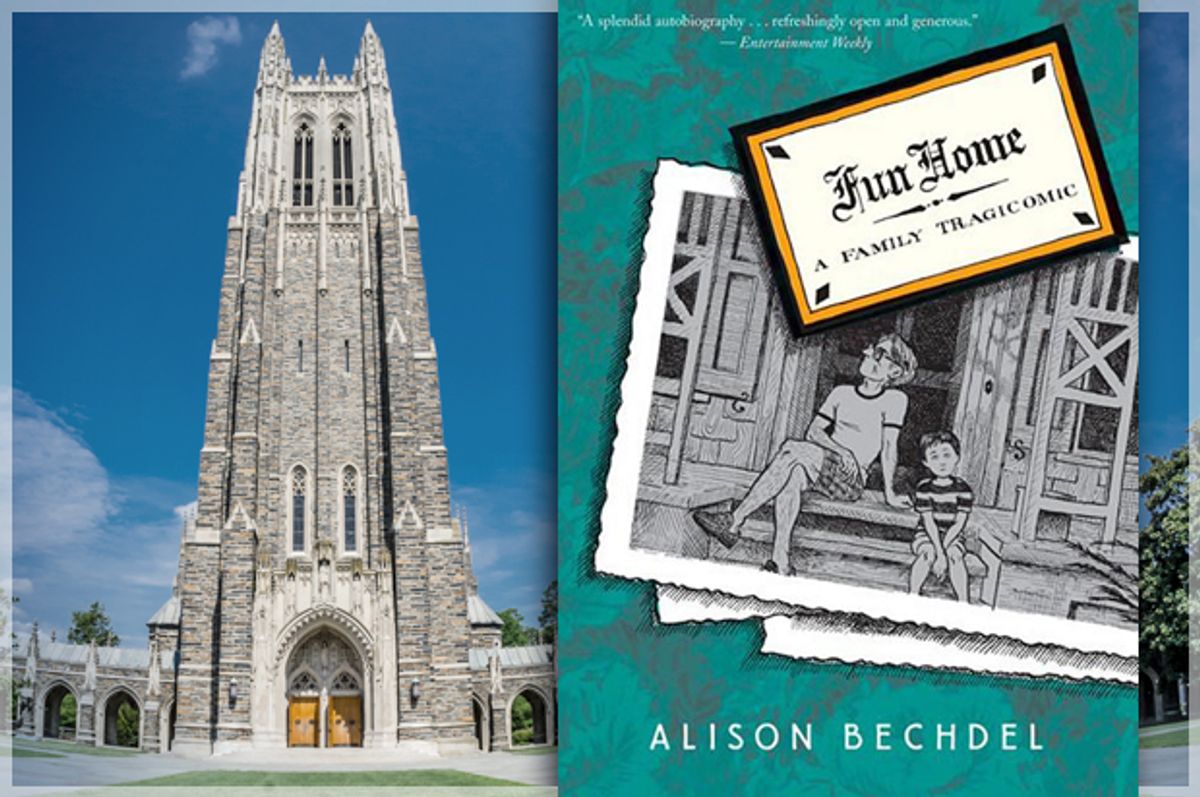 No one knows the power of literature better than the censor. That’s why he burns books: to fight fire with fire, to stop them from setting the world aflame. Or becomes an editor: Stalin, we now know, excised words from texts with about as much energy and attention as he excised men and women from the world. As Bertolt Brecht archly noted of the East German regime’s efforts to control what he wrote: “Where else in the world can you find a government that shows such interest and pays such attention to artists?”

This week, as I head back to the classroom amid controversy — from Columbia to Berkeley to Duke — over what college students will or will not read, I’m mindful of Brecht’s observation. Could it be that the men and women who most appreciate what we, professors of the humanities and social sciences, have to offer are the students who’ve been vilified as coddled and cosseted, demanding trigger warnings on syllabi or simply refusing to read the books we’ve assigned them because those books make them uncomfortable? Could it be that they, like the censor, are the ones who truly understand the power of the books we teach?

The latest bomb in the campus wars was set off by Duke University freshman David Grasso’s announcement on Facebook that he would not read Alison Bechdel’s "Fun Home," which the university had recommended incoming students read over the summer. Bechdel’s graphic memoir narrates her relationship with her closeted gay father; she, too, is gay. The book visually depicts a scene in which the narrator masturbates and another in which she gives oral sex to another woman. Grasso thinks the book is pornographic; reading it, he says, would violate his Christian beliefs.

Though much of Grasso’s argument hangs on the specifics of his religious beliefs and the distinction he draws between words and images, his objection fits with a larger pattern of complaint we’ve heard in the last couple of years. Indeed, as this Vox explainer explains, that may be the only reason Grasso’s announcement has gotten so much traction. While he speaks for barely a handful of students, the structure of his complaint has become all too common on today’s campus. That complaint goes like this: This book — class, professor, speaker — threatens my identity and beliefs. It’s unsettling, discomfiting, triggering. It makes me feel small and unsafe, as if my world, my very self, is under attack. It wants to annihilate me. Keep it away.

Critics of these students — on the left and the right — think they’re privileged and precious. Yet how different is their account of what a book might do to them from the view of this privileged, coddled and precious twenty-something from a century ago?

Altogether, I think we ought to read only books that bite and sting us. If the book we are reading doesn’t shake us awake like a blow on the skull, why bother reading it in the first place? So that it can make us happy, as you put it? Good God, we’d be just as happy if we had no books at all; books that make us happy we could, at a pinch, also write ourselves. What we need are books that hit us like a most painful misfortune, like the death of someone we loved more than we love ourselves, that make us feel as though we had been banished to the woods, far from any human presence, like a suicide. A book must be the axe for the frozen sea within us. That is what I believe.

The difference, of course, is that Kafka didn’t hide from such books; he sought them out. Underlying that difference, however, is a shared recognition that books can shred your nervous system.

That’s why I’m less bothered than some of my colleagues are by today’s students. I see in their fear a premonition of what a book — and an education — can do. We live in an age, we’re often told, where reading has become rote or has simply disappeared. Half our students don’t do the reading; the other half submit dutiful book reports, barely registering the effect of what they’ve read.

Yet here are students who seem to understand, however faintly and problematically, what the literary critic Alfred Kazin called “the raw hurting power that a book could have over me.” They seem like throwbacks, these students: not to the Midwestern evangelism of Elmer Gantry but to the urban hothouse of the New York Intellectuals, those anxious and oversexed minds of mid-century for whom a Henry James novel or Walt Whitman poem was a holy fire. "Writing Was Everything": that’s how Kazin titled one of his memoirs. In their refusal to read a book, in their insistence that professors warn them of the trauma it may contain, that is what students are running away from: writing that consumes them, writing that’s everything.

Instead of sneering at their fear or concern, why not see it as revelation of literary truth, as Brecht does in his poem “The Burning of Books”?

When the Regime commanded that books with harmful knowledge

Should be publicly burned and on all sides

Oxen were forced to drag cartloads of books

To the bonfires, a banished

Writer, one of the best, scanning the list of the

Burned, was shocked to find that his

Books had been passed over. He rushed to his desk

On wings of wrath, and wrote a letter to those in power

Burn me! He wrote with flying pen, burn me! Haven’t my books

Always reported the truth? And here you are

I don’t want to get romantic about these refuseniks. As Justice Brandeis once said, “Men feared witches and burned women.” People who fear literature can do it great damage. I teach on a campus that was embroiled in controversy five years ago, when students — and, more important, alumni — objected to the assignment of my friend Moustafa Bayoumi’s book "How Does It Feel to Be a Problem?" as the required “common reader” for incoming students. They claimed it — or Moustafa, it was never clear — was pro-Palestinian, anti-Israel and anti-American. Since then, Brooklyn College has been the site of repeated attempts to shut down the conversation about Israel and Palestine, all for the sake of protecting student identities and beliefs.

There’s something to be said for indifference on a campus, particularly when the only alternative is a holy war that breaks out every time someone utters a heterodox word. Education, even the kind that destabilizes identities and jars belief, requires some sense of ongoing calm and commonality, some sort of agreement that we’ll do the reading, come prepared to talk about it in class and then, whatever happens, move on. If every text — or speaker — ignites a controversy consuming the campus in flames, there’d be nothing left but ashes.

Even so, there’s a greater threat to reading and readers, to education itself, than trigger warnings or students objecting to a text. And that is the downsizing administrator, the economizing politician, who refuses to believe there’s any value in reading a difficult text at all. While the media debates Mr. Grasso’s refusal, I, as chair of my department, anxiously scrutinize our daily enrollment reports, knowing I have to defend courses with 12 students from administrative economizers — simply because the intimacy, attention and focus of a senior seminar doesn’t register as a value to men who can only see value when it is expressed as a number on a spreadsheet. Given the choice of defending a book to an aggrieved student or a course to a phlegmatic accountant, I’ll take the student any day: at least she and I agree that the book in question has power, and the experience of reading it, reality.

In this age of the neoliberal university, these students may be our best allies, for they seem to be among the few who understand that what we do matters. The administrator and the politician, the trustee and the pundit, think that we professors are worse than subversive; we’re useless. These students, by contrast, think we’re dangerous. Rather than dismissing them, maybe we should say: Thank you, we thought no one was listening, we thought no one cared. And then turn around and figure out how to use this as, ahem, a teachable moment — about the radioactivity of books and the fact that radiation has its uses.