While Sanders has moved ahead in New Hampshire, most polls have shown a large Clinton lead in Iowa -- until now 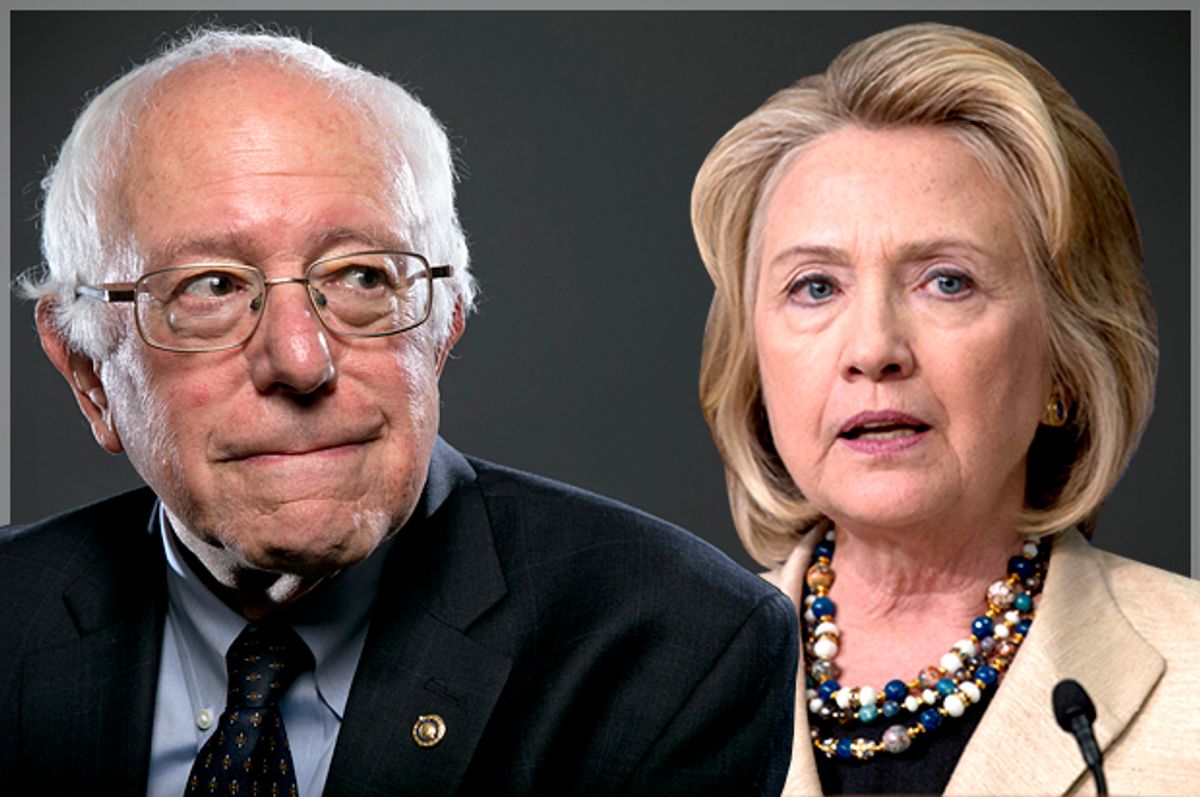 For the first time in the 2016 cycle, a new poll of likely Iowa caucusgoers shows Bernie Sanders within single digits of Democratic frontrunner Hillary Clinton in the Hawkeye State -- a stunning result that, if corroborated by other surveys, would upend the conventional wisdom about Clinton's inevitability.

The Bloomberg Politics/Des Moines Register survey, conducted from August 23-26, shows a steep decline in Clinton's support among Iowa Democrats. While a May Bloomberg/DMR poll found the former Secretary of State led Sanders 57 percent to 16 percent, with Vice President Joe Biden at 8 percent. Now, Clinton leads Sanders by just seven points, 37 percent to 30 percent, with Biden in third place at 14 percent. No other candidate registers more than 3 percent support.

Equally striking: If Biden sits out the race, Sanders is still within single digits, taking 35 percent to Clinton's 43 percent. Nationally, most surveys show a larger Clinton lead when Biden is removed from the mix. The vice president, who is expected to announce within the next month whether he will enter the 2016 race, draws on a similar base of support as Clinton, with a reservoir of goodwill among working-class Democrats and minority voters.

The finding comes despite Clinton's concerted effort to court voters in Iowa, which kicks off the presidential nominating contests with its caucuses on February 1. In 2008, Clinton finished third in the caucuses, behind Barack Obama and John Edwards, but learning from the mistakes of her ill-fated 2008 campaign, she has invested more resources in field organizing, and has already hit the airwaves with campaign ads. No other candidate has yet aired television ads in Iowa.

"It looks like what people call the era of inevitability is over," pollster J. Ann Selzer, whose firm conducted the survey, told Bloomberg. "She has lost a third of the support that she had in May, so any time you lose that much that quickly, it’s a wake-up call."

While the result follows a rash of blistering coverage of Clinton's use of private email server during her tenure as the nation's top diplomat, the increasingly competitive contest is largely a product of Sanders's rise in popularity. In May, the Vermont senator was viewed favorably by 57 percent of likely caucusgoers; in the latest poll, his favorability rating has spiked to 73 percent, on par with Clinton's 77 percent. The more Iowa Democrats get to know the progressive firebrand, the more they like him.

Sanders is most popular among younger and more liberal voters, the poll found; he nabs 50 percent support among voters younger than 45 and leads Clinton by five points among liberals.

The survey is easily Sanders's best in Iowa so far. Previously, Clinton's smallest lead in the state was 19 points, and a Suffolk University poll released earlier this week showed a much healthier Clinton lead, with the former secretary at 54 percent and Sanders at 20 percent. With the Bloomberg/DMR poll included, Real Clear Politics's polling aggregator now puts Clinton's average Iowa lead at 22.8 points -- larger than Bloomberg/DMR survey finds, to be sure, but well below the 40-50 point leads Clinton was racking up as recently as June.

While the new Iowa survey indicates that Sanders is making crucial inroads among the types of voters who propelled then-Sen. Barack Obama to victory in 2008, Clinton remains, for now, the strong favorite. She dominates among African American voters, without whom Obama could not have defeated her in 2008, and continues to be popular among Latinos, who preferred her to Obama in 2008. The overwhelmingly white Iowa and New Hampshire are far less diverse than the Democratic electorates in later-voting states.

Still, the notion that Clinton would lose even a single primary or caucus looked decidedly unlikely, if not wholly inconceivable, just a few short months ago. The latest polls of Iowa and New Hampshire, however, suggest that even if she ultimately triumphs, it won't be any cakewalk.