Billionaire CEOs come to Jesus: "We are creating a caste system from which it's almost impossible to escape" 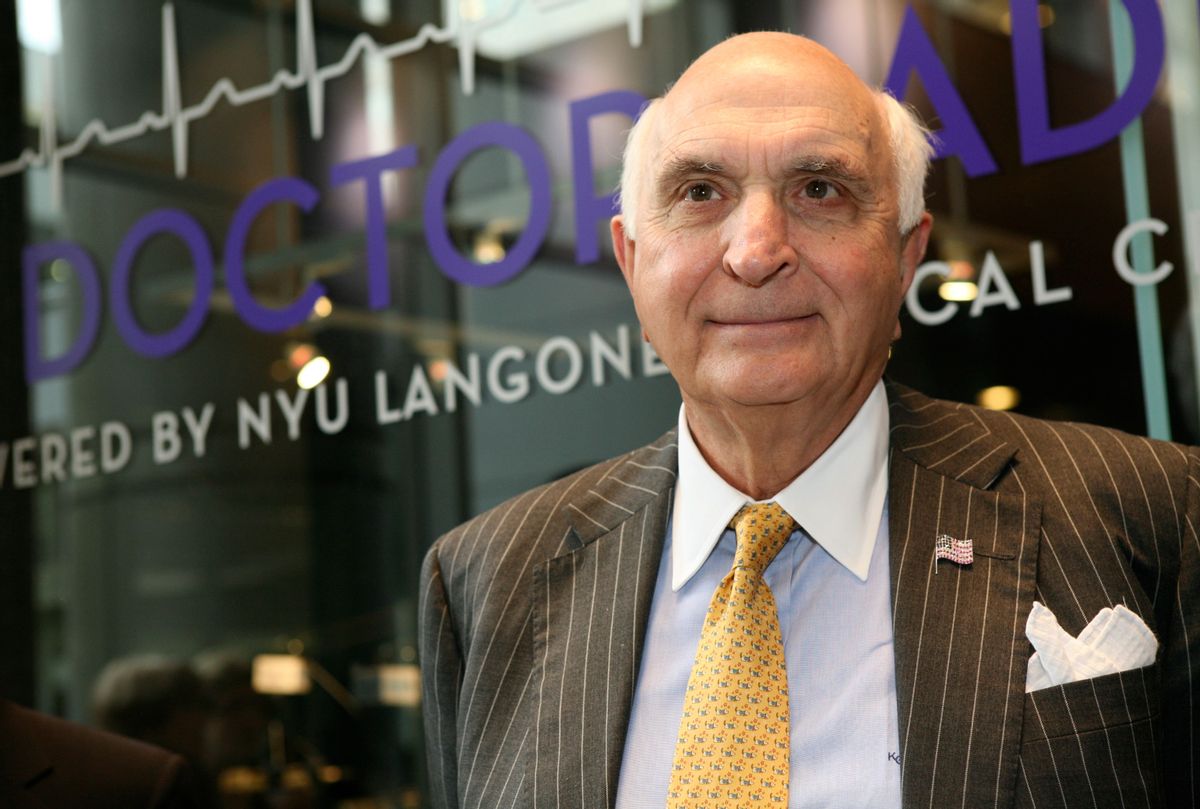 Peter Georgescu has a message he wants America's corporate and political elites to hear: "I'm scared," he said in a recent New York Times opinion piece.

He adds that Paul Tudor Jones is scared, too, as is Ken Langone. And they are trying to get the Powers That Be to pay attention to their urgent concerns. But wait -- these three are Powers That Be. Georgescu is former head of Young & Rubicam, one of the world's largest PR and advertising firms; Jones is a quadruple-billionaire and hedge fund operator; and Langone is a founder of Home Depot.

What is scaring the pants off these powerful peers of the corporate plutocracy? Inequality. Yes, amazingly, these actual occupiers of Wall Street say they share Occupy Wall Street's critical analysis of America's widening chasm between the rich and the rest of us. "We are creating a caste system from which it's almost impossible to escape," Georgescu wrote, not only trapping the poor, but also "those on the higher end of the middle class." He issued a clarion call for his corporate peers to reverse the dangerous and ever-widening gulf of income inequality in our country by increasing the paychecks of America's workaday majority. "We business leaders know what to do. But do we have the will to do it? Are we willing to control the excessive greed so prevalent in our culture today and divert resources to better education and the creation of more opportunity?"

Right on, Peter! However, their concern is not driven by moral outrage at the injustice of it all, but by self-interest: "We are concerned where income inequality will lead," he said. Specifically, he warned that one of two horrors awaits the elites if they stick to the present path: social unrest (conjuring up images of the guillotine) or (horror of horrors) "oppressive taxes" on the superrich.

Motivation aside, Georgescu does comprehend the remedy that our society must have: "Invest in the actual value creators -- the employees," he writes. "Start compensating fairly (with) a wage that enables employees to share amply in productivity increases and creative innovations." They have talked with other corporate chieftains and found "almost unanimous agreement" on the need to compensate employees better.

Great! So they'll just do it, right? Uh ... no. But he says he knows just the thing that'll jar the CEOs into action: "Government can provide tax incentives to business to pay more to employees." That's his big idea. Yes, corporate wage-hike subsidies. He actually wants us taxpayers to give money to bloated, uber-rich corporations so they can pay a dab more to their employees!

As Lily Tomlin said, "No matter how cynical you become, it's never enough to keep up."

First of all, Georgescu proposes this tax giveaway to the corporate elite could "exist for three to five years and then be evaluated for effectiveness." Much like the Bush tax cuts that helped drive the economic divide, once the corporate chieftains get a taste for a government handout, they will send their lawyers and lobbyists to Washington to schmooze congress critters into making the tax subsidy permanent.

Secondly, paying to get "good behavior" would reward bad behavior, completely absolving those very CEOs and wealthy shareholders of their guilt in creating today's gross inequality. After all, they are the ones who have pushed relentlessly for 30 years to disempower labor unions, downsize and privatize the workforce, send jobs offshore, defund education and social programs and otherwise dismantle the framework that once sustained America's healthy middle class. These guys put the "sin" in cynical.

If we want to fix income inequality, Larry Hanley, president of the Amalgamated Transit Union, has a solution. In response to Gerogescu's offer of charity to corporations Hanley wrote: "Strengthen labor laws, and we can have democracy and equality again."