"We’re now back to being at least as polarized as ever": Why the gun control tipping point hasn't happened yet

A cognitive psychologist talks about why changing minds on guns, even after public shootings, is so hard 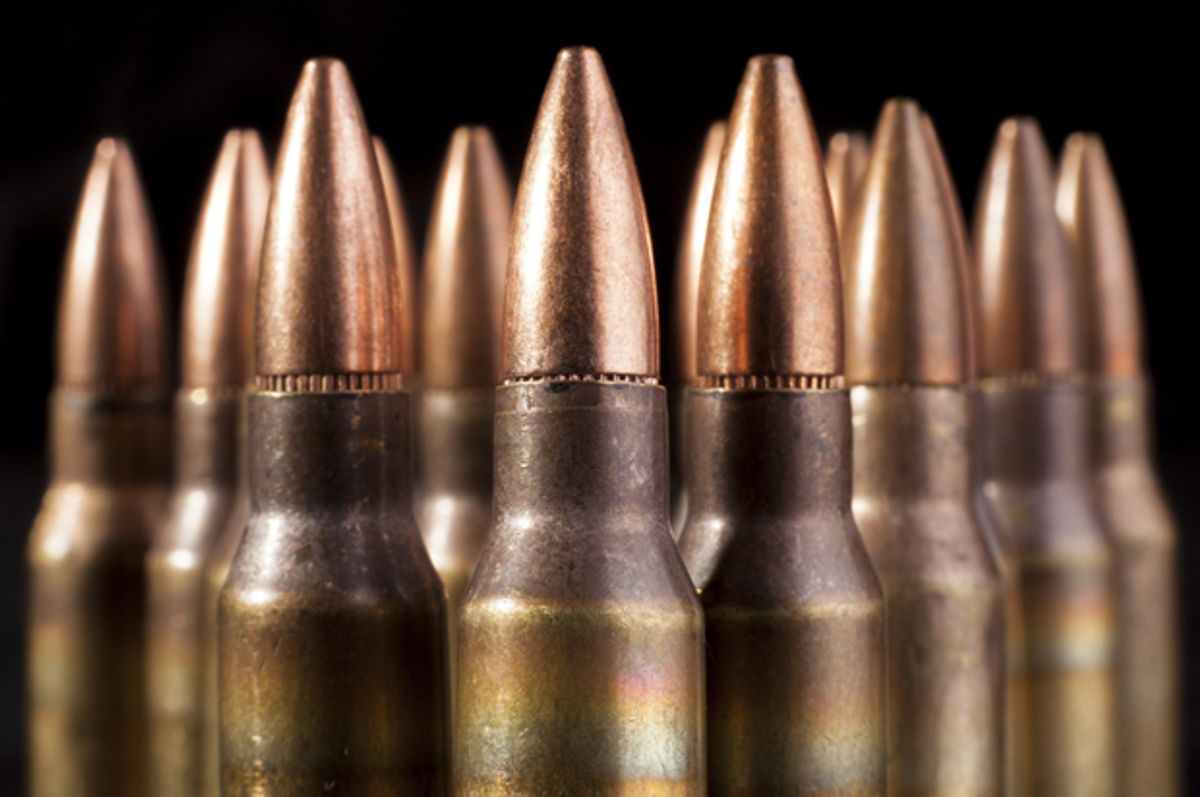 How do we change our minds? The question has meaning not just for our personal lives, but for larger social and political issues.

In the aftermath of the Virginia shootings — and the very explicit video of the murder that circulated widely afterwards — gun-reform advocates are wondering if we’ve reached a point where more than a few people will reconsider their associations of personal gun ownership with “freedom.”

American attitudes about civil rights, especially for LGBT folks, have changed substantially over the last few decades. Other issues — abortion, for example — seem to move back and forth and never quite resolve. Will the public nature of handgun violence lead to a larger shift of attitudes, or are both sides too dug in on the matter to budge?

We spoke to UCLA cognitive psychologist Keith Holyoak, whose research often looks at decision making and problem solving; recently, he has written about changing attitudes about vaccination for children. The interview has been lightly edited for clarity.

I think people who don’t know anything about psychology — like me — assume that we change our mind when we get evidence that make us see things differently … That we pay attention, we accumulate evidence, then at some point we flip to seeing the world as it really is ... Is that how it works?

Fortunately people are attuned to evidence; it’s not like evidence plays no role in this. But it interacts with other processes in making internal decisions: In real life we often don’t have the luxury of waiting patiently and accumulating a lot of evidence and then deciding which action to take. It’s an ongoing process, where some kind of action is required … You make it as best you can, with the evidence at hand.

And once you’ve started to commit, in some sense, to a position — you’ve made a decision consistent with one side rather than the other — there’s a tendency for that to gel. Once you’re feeling committed, you have a motivation to maintain the beliefs that in essence justify the decision you’ve now reached. That can lead to biases in the accumulation of additional evidence.

The most obvious is that you seek evidence that supports you: We know that people in the United States now get their information from media that support their beliefs. So people with other beliefs are not being exposed to the same evidence — that sort of pressure is going to lead to more extreme positions rather than some graceful convergence of minds.

Extreme positions, which lead to polarization and conflict?

Yes — you can see there’s a kind of vicious circle. People start moving in one direction and not another, then they accumulate information consistent with the way they started to move — that makes them more confident in their position — and at the same time, they become less accepting of counterarguments. Because they see the person on the other side trying to convince them as not credible, because they don’t seem to be recognizing the evidence the first party took for granted.

So despite people’s efforts to persuade, different sides are often living in different realities.

That can often happen. But this isn’t inevitable — that we’re doomed to push to extremes forever and never reach agreement. A recent example is American attitudes toward gay marriage and everything about gay rights. It’s a pretty spectacular case study of how the society has to a large extent converged in a relatively brief period of time.

It’s been the fastest shift on a major issue in my lifetime.

There is a general tendency for people to be influenced by other people: If you think your position is in the minority, you’re hesitant. If you think you’re in the majority, you tend to take that as reinforcing evidence that you’re correct. So you can get a snowball effect: When people think this is the zeitgeist, they’re eager to jump in.

The issue of private ownership guns seems to be the opposite of the way gay rights has moved: We’ve seen a lot of violence in recent years, but public opinion seems to be polarized and not moving. People feel very fiercely on both sides. Do people seem vulnerable to changing their views or do we seem too entrenched?

This is obviously a particularly difficult issue … I was born in Canada. In general, for most of us who came to the United States — no matter where we came from — it takes us quite a while to get a feel for where American attitudes toward guns are. They’re not characteristic of anywhere else in the world.

It is polarized, and it’s stayed polarized despite the series of very public, gruesome mass murders, going back to the Columbine massacre. After the massacre in Newtown, there was increased support for gun control, but it essentially wore off. And we’re now back to being at least as polarized as ever.

Part of it has to do with the complexity. Presumably the problem is death by gun. But in every instance, it’s a multi-causal situation, it’s a nexus of a lethal weapon in the hands of someone who is disturbed in some way, out of control at the same time. So when you want to point to causes, depending on where you are coming in, you’ll look at different aspects. And the deepest rational divide on the issue is the contrast between the gun as a threat — in the wrong hands — and the gun as a defense. So the pro-gun side of the debate emphasizes the gun’s role as protection.

There are even biases in what grabs people‘s attention: These spectacular public events, like the murders in Virginia the other day, grab attention and get some kind of discussion going. The reality, as I understand it, is that the number of deaths by gun each year in America is higher for suicides than homicides. So if you want to argue for the gun as defense, it’s a bit awkward to point out that the person most likely to kill one is oneself.

There’s also a case going back to the mid-‘90s: The National Rifle Association led a successful lobby [against] the Center for Disease Control which as a practical matter banned health research related to gun violence. They argued it was in some sense promoting gun control. [Note: While the ban has been formally lifted, funding for the research has not been restored.]

So, insofar as the best way to approach gun violence is to view it as a public health issue, and collect actual evidence — what are the relevant facts we should be thinking about? — that’s really very difficult. Not only because the research is not supported by the CDC, but like a lot of other hot-button debates — climate change, the anti-vaccination movement — it becomes very emotional at a public level, and very intimidating to researchers, therefore, who are not used to basically being attacked in public for presenting their findings, in some cases irrespective of what they say about their findings. So this very emotional climate is not conducive to a dispassionate collection of evidence and discussions of potential actions of what directions to take.

So if changing our minds requires evidence and rational thinking, we’re not getting much of either with the gun issue.

Exactly. It becomes sort of a worst-case scenario. The most pertinent is not only not being sought, it’s pretty much banned in advance. And then you add on top of that the selective intake of whatever evidence you encounter.

And that’s coupled with the genuine complexity of the whole causal scenario: Sometimes people get into debates, Was is the guns or the mental illness? Of course the answer, in most cases, It was both! A crazy person got ahold of a lethal weapon … These over-simplistic, one-sided debates are not the best ways to bring everyone together.

The violence this week was different in some ways: The murder was captured live and was widely seen, so it became more visceral to people. Do you get a sense that that makes hit the public differently than other recent tragedies?

My conjecture would be on the pessimistic side. Yes, it’s more visceral. Is it enough, to be the final tipping point? Coming after a stream of so many others, in recent years …

But if you look at the historical record, you see some shifts in the immediate aftermath, and then it kind of wears off, with very modest real political consequences and not very much real reflective discussion of what should be done ... The things that make perfect sense. So I hope it does, personally, but I wouldn’t bet a lot on it right now.