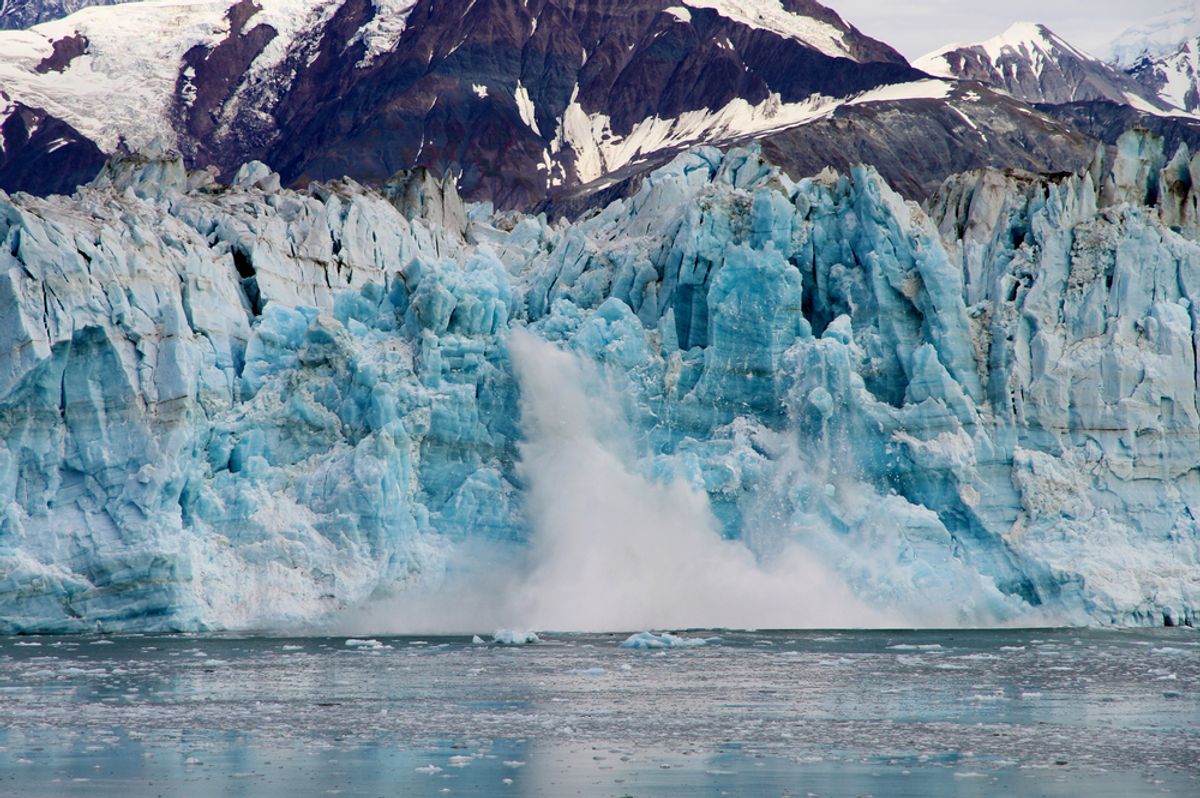 In what's being sold as the climax of an aggressive campaign to convince Americans -- and the world -- that climate change is a real and serious problem in need of swift and aggressive action, President Obama arrived Monday in the U.S. state where it's all happening before our eyes: Alaska.

It couldn't be a more appropriate choice of venue. Alaska is, as Obama himself described it, on the front line of climate change. The timing, too, is opportune, coming just after the EPA finalized its regulations for coal-fired power plants, a cornerstone of Obama's Climate Action Plan, and in the lead-up to the global climate negotiations taking place at the end of this year in 2015, commonly thought of as our last, best chance to avoid catastrophic climate change.

“What’s happening in Alaska isn’t just a preview of what will happen to the rest of us if we don’t take action,” Obama said ahead of the trip. “It’s our wake-up call." And while some may be attempting to redirect the conversation around the president's decision to (un)re-name Mt. McKinley, there's no doubt about what the real scandal is:

Temperatures in Alaska aren't just getting warmer. Instead, they're rising at about twice the rate of the rest of the planet. Over the past 60 years, the average air temperature, state-wide, has increased 3 degrees Fahrenheit, and winters are 6 degrees Fahrenheit warmer than they used to be. True, some of the earlier gains in temperature could be attributed to a natural shift of the Pacific Decadal Oscillation (PDO). But when the PDO shifted back to a cool phase, it wasn't enough to correct for the underlying pattern of unnatural warming.

The permafrost is melting, and the tundra is slowly sinking

About 80 percent of Alaska sits atop permafrost, and when it thaws, everything else sort of goes with it. Literally: buildings and infrastructure are collapsing as the ground disappears beneath them. "You can see and hear the ice melting," researcher Ted Schuur recently told USA Today. Since the mid-1980s, the permafrost about three feet down on the Alaskan Arctic coast has already warmed by 6 to 8 degrees Fahrenheit, and more than 70 percent of permafrost land is at risk of sinking as it continues to melt.

Sea ice is disappearing before our eyes

“One of the most visible impacts we see as a result of climate change” is the dramatic melting, and thinning out, of Arctic sea ice. Septembers these days features about half as much sea ice as they did in 1979, and for the month of October, the amount of open water in Alaska's Beaufort and Chukchi Seas has decreased by 14 and 16 percent, respectively. Wave goodbye...

Some of the world's largest glaciers are in Alaska, and Alaska is where we're seeing some of the fastest loss of glacier ice: for each year between 1994 and 2013, they lost an incredible 75 gigatons of ice to the oceans. The small, northern town of Kivalina is expected to succumb to rising sea levels within this decade; Newtok, further south on Alaska's west coast, may wash away even sooner.

The state is hot, dry and on fire

It was a hell of a year for wildfires, with 2015 turning out to be Alaska's second-largest wildfire season on record. That's par for the course: a combination of climate change and other human activity, like logging and development, has made it so that the total acreage of forest burned each year in the state has increased fivefold since 1943.

None of these changes are happening in a vacuum. When the permafrost melts, it releases carbon dioxide and methane into the atmosphere, thus contributing to further climate change. As ice melts, it enables the dark sea beneath it to absorb more of the sun's rays, also working to escalate warming. The loss of ice also clears the way for oil companies to come in and start drilling for even more climate change-causing fossil fuels -- and the irony that President Obama is allowing this to happen while simultaneously sounding the alarm about our imperiled planet hasn't been lost on anybody.