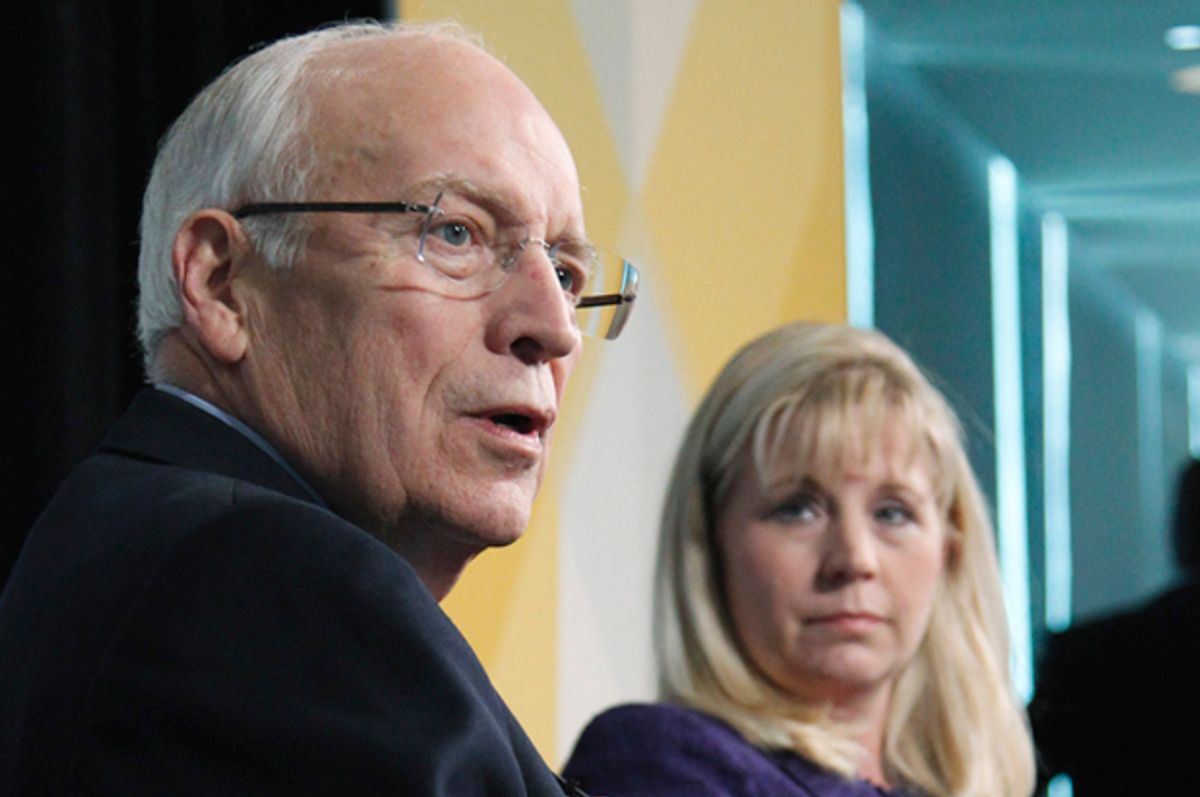 With the Iranian nuclear deal fast approaching the deadline for congressional action, there’s a growing consensus, even among opponents of the agreement, that the fight in Congress is already over. The White House is just a few Senate votes shy of guaranteeing that any obstructing resolution passed by the Republican-controlled legislature will not survive a presidential veto, while the deal’s antagonists have zero momentum on their side. With the situation quickly moving beyond their control, the Iran deal’s opponents have a big gun coming in to take one last shot at stopping this thing: former vice president Dick Cheney, who along with his daughter Liz fired off a Wall Street Journal Op-Ed this weekend warning that diplomacy with Iran will lead us to nuclear war.

As I wrote the other day, there is no discernible point to Dick Cheney’s intervention in the Iran debate. It’s not like he’s preaching a minority viewpoint on foreign policy – by and large the right remains convinced that the Bush Doctrine worked just fine until Obama came into power and screwed everything up. And given that he’s a broadly disliked living caricature of political malevolence, he doesn’t really do his own cause any favors by attaching the Cheney name to it.

And in terms of the actual arguments he makes in opposition to the Iran deal, he’s no more interesting or original than a C-list right-wing pundit. His Journal Op-Ed, which is adapted from the new book he and Liz co-authored, is a lengthy and rote paean to “American Exceptionalism” and the need to be Reaganesque in our national security posture. He likens the Iran deal to the 1938 Munich Pact, a gross and absurd comparison that Republicans and conservatives have been making for years.

The U.S. Congress should reject this deal and reimpose the sanctions that brought Iran to the table in the first place. It is possible to prevent Iran from attaining a nuclear weapon, but only if the U.S. negotiates from a position of strength, refuses to concede fundamental points and recognizes that the use of military force will be required if diplomacy fails to convince Iran to abandon its quest for nuclear weapons.

If you’re looking for the least credible person to deliver the message that sanctions and threats will halt Iran’s nuclear ambitions, you really can’t do worse than Dick Cheney. First off, Cheney’s faith in the sanctions regime that existed leading up to the announcement of the Iranian agreement is surprising, given that he thought it was useless right up to the point that it succeeded. Here’s Cheney talking to Charlie Rose about the sanctions framework in February 2013:

ROSE: Speaking of Iran, this Administration has enacted a whole series of sanctions --

CHENEY: I don't think so. They're still doing everything they can to build the nuclear weapons and there was a piece in "The New York Times" last week that said the sanctions haven't worked.

In October 2013, Cheney went on ABC’s “This Week” and said that while sanctions “offer some prospect of bringing the Iranians around,” he couldn’t envision how the Iranians would be stopped by anything short of military force. “I have trouble seeing how we're going to achieve our objective short of that,” he said. “And I doubt very much that the diplomacy will be effective if there's not the prospect that, if diplomacy fails, that we will, in fact, resort to military force.”

Second, we already tried implementing Cheney’s vision of sanctions, threats, and diplomatic isolation – it was the official policy towards Iran for the entire time Cheney was vice president. And where did that policy take us?

Thirteen years ago, Tehran had fewer than 20 centrifuges that could barely spin. There were no stockpiles of enriched uranium, no U.N. inspectors poking around.

This was before Mahmoud Ahmedinajad came to power and while 100,000 U.S. troops assembled nearby to invade Iran’s neighbor to the east. The same Iranian Supreme Leader in power today was in power then. The current Iranian foreign minister, Javad Zarif, was serving at the United Nations and meeting, from time to time, with U.S. officials to discuss al-Qaeda and Afghanistan.

But the Bush administration would not discuss the nuclear program. One centrifuge was one too many and the administration’s position, as it prepared for a war in the name of disarmament, was nothing less than regime change and capitulation from “axis of evil” members.

By the time Obama was sworn in as the 44th President of the United States in January 2009, thousands of centrifuges were spinning at high speeds at multiple facilities and Iran was sitting on more than 2,200 pounds of uranium it had enriched on its own. Precision engineering was bringing them ever closer to being able to produce bomb grade uranium. Nuclear scientists across the globe were warning that Iran was placing itself well within reach of weapons capability.

And, more generally speaking, whatever clout the Iranians enjoy in the region days is directly attributable to the Iraq war, which eliminated Iran’s biggest regional counterweight and opened up a spiraling vortex of violence and instability that the Iranians exploited to boost their own influence.

Cheney casts his vision for Iran and the Middle East as part of the American tradition of using our “military, economic, political and diplomatic might” to ensure freedom across the world. What he’s actually talking about is cleaning up the mess left behind the last time he saw this same vision put into practice.