Kim Davis' name is on the marriage license of Camryn and Alexis Colen, despite his being transgender 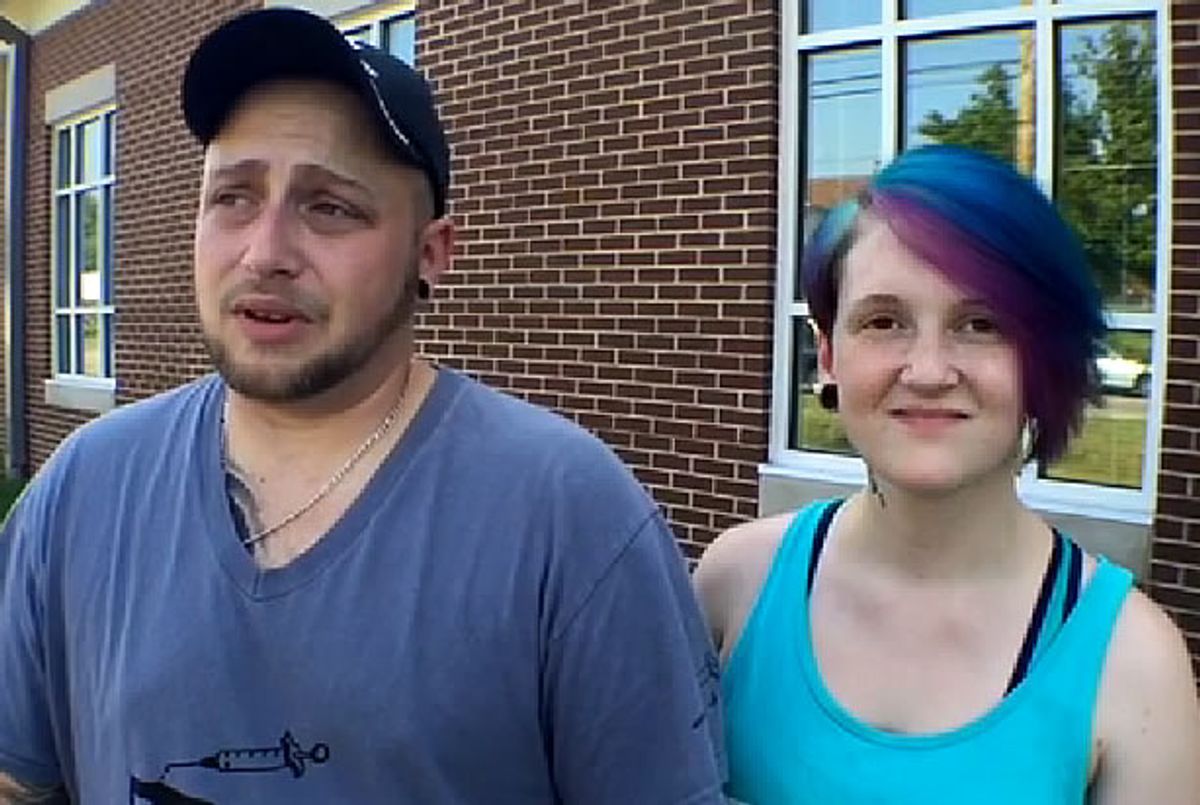 Kim Davis, the Rowan County Kentucky clerk currently begging the Supreme Court to step in and legally justify her bigotry, unwittingly committed what her lawyer earlier characterized as an "act of personal validation [that] would forever, and irreversibly, echo in her conscience [because] there is no absolution or correction that any earthly court can provide to rectify it" when she accidentally issued a marriage license to a transgender man and his wife in February.

Camryn Colen, a transgender man whose birth certificate identifies him as a female, was married to his wife Alexis on February 26, 2015 -- and Davis, who is taking a stand against same-sex marriage by refusing to issue any marriage licenses since the Supreme Court's decision, signed off on it.

"She saw just a straight couple in love, and she should see everybody like that," Alexis said. "She shouldn't just see straight couples like that." Camryn added that he was only stepping forward because he and his wife are disgusted by Davis' stand against same-sex marriage -- but noted that they are concerned for the safety of their 6-month-old daughter.

Despite those fears, they felt they had to act. "Stuff has just escalated and gotten ridiculous, and we decided that we were going to come forward with it," Alexis said. The couple shared their story -- and presented their documents -- to a crowd of approximately 100 protesters outside the Rowan County Courthouse.

Randy Smith, an evangelical pastor adamantly supporting Davis, mocked the couple, saying "they do a good job of portraying themselves as a victim, but they are not the victim -- Kim Davis is." He did not, however, indicate how the married couple was portraying themselves as having been victimized -- given that they were issued a license -- or how Davis would be victimized by carrying out her duties as a country clerk.

Watch the Courier-Journal's report on the marriage below.