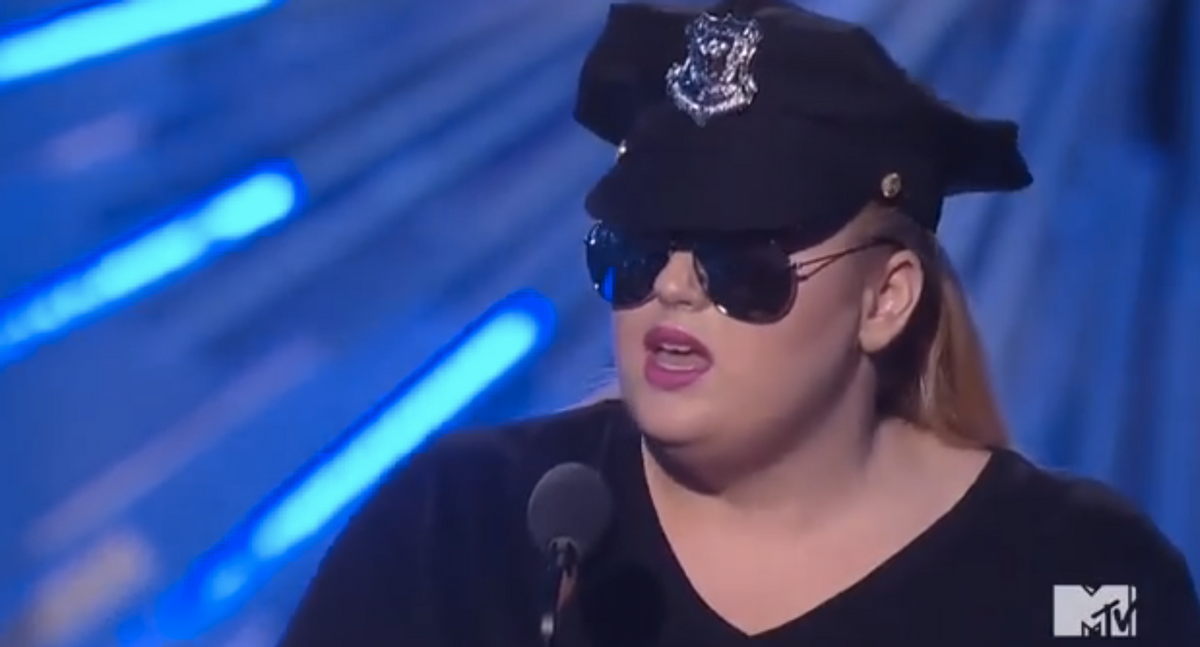 Black Lives Matter activists are not happy with Australian comedian-actress Rebel Wilson's bit at the VMAs Sunday night which made light of police brutality.

While on stage to present the award for Best Hip-Hop Video, the "Pitch Perfect" star delivered a (cough) tonedeaf bit -- somberly leading in with "a lot of people have problems with the police," then taking a hard left to explain that she's fed up with stripper police. They're the real issue here.

Things just got worse when Wilson ripped off her clothing, revealing a tee that read "FUCK THA STRIPPER POLICE." (Just one of many moments MTV was too slow-moving to censor during the live broadcast.)

"They come to your house. You think you're getting arrested, and you just get a lap dance and it's usually uninspired," Wilson said. "I hired a police stripper for my grandma's 80th and he wouldn't even feel her up...I hate this injustice, hence the shirt."

He followed that up in a response tweet, "If the police kill someone you love, would it be a funny joke, then?"

Watch the bit we all could have done without below courtesy of Hollywood Reporter: