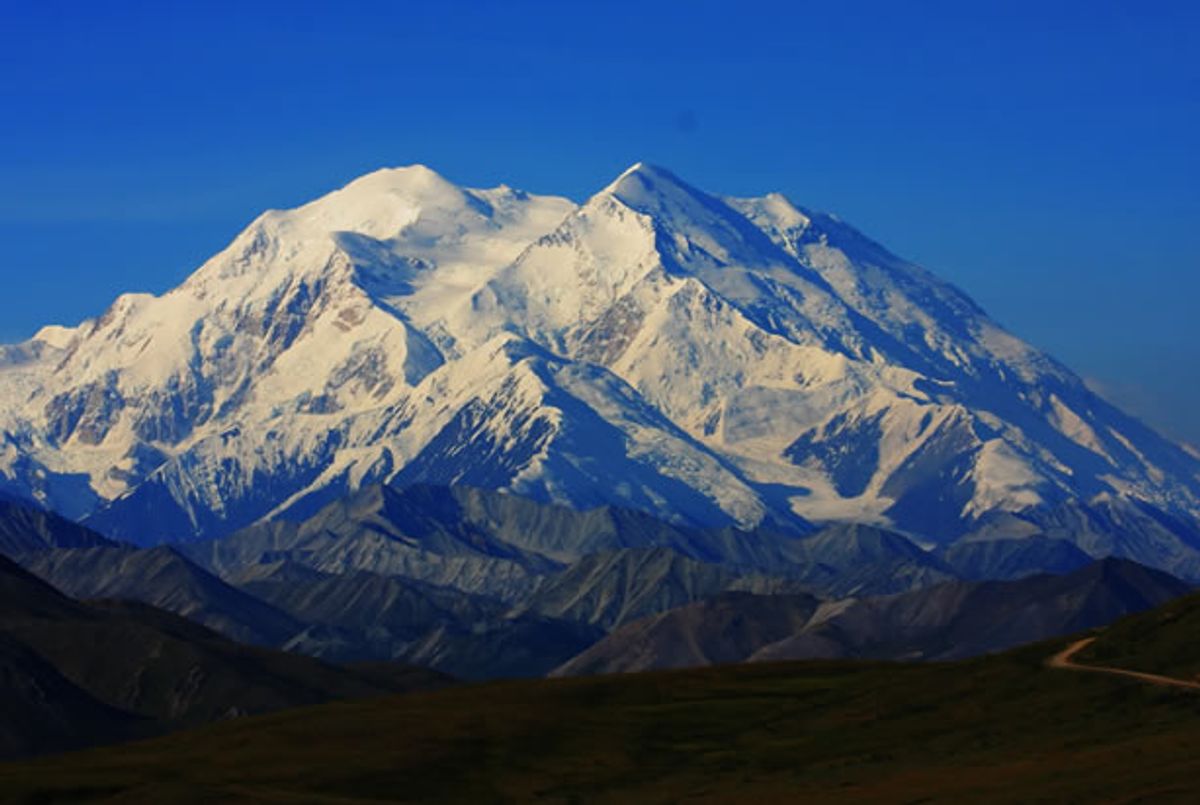 While native Alaskans are overjoyed that the mountain they've always called "Denali" is officially named that again, conservatives in the lower 48 states are angrily taking to Twitter to protest, yet again, the imperial Obama administration and its desire to transform all that is wholesome about America into, well, in this case back into what it was before America got all imperial and started naming newly acquired mountains after mediocre presidents.

Of course, the idiot kings were out in force:

Rational people were able to react to this news, you know, rationally:

But that didn't stop most conservatives from following their sad kingmakers into territory as ridiculous as Denali is majestic:

They cried out for help to the one person who could possibly save their newly beloved mountain's name, but alas, she quit halfway through her only term as governor and can't be bothered to do anything that doesn't personally enrich her family:

All that said -- and crazily, at that -- we're not averse to this suggestion:

Though we do wonder if the folks quoted above could've survived such an announcement.