Insane or Inspired: Joan of Arc 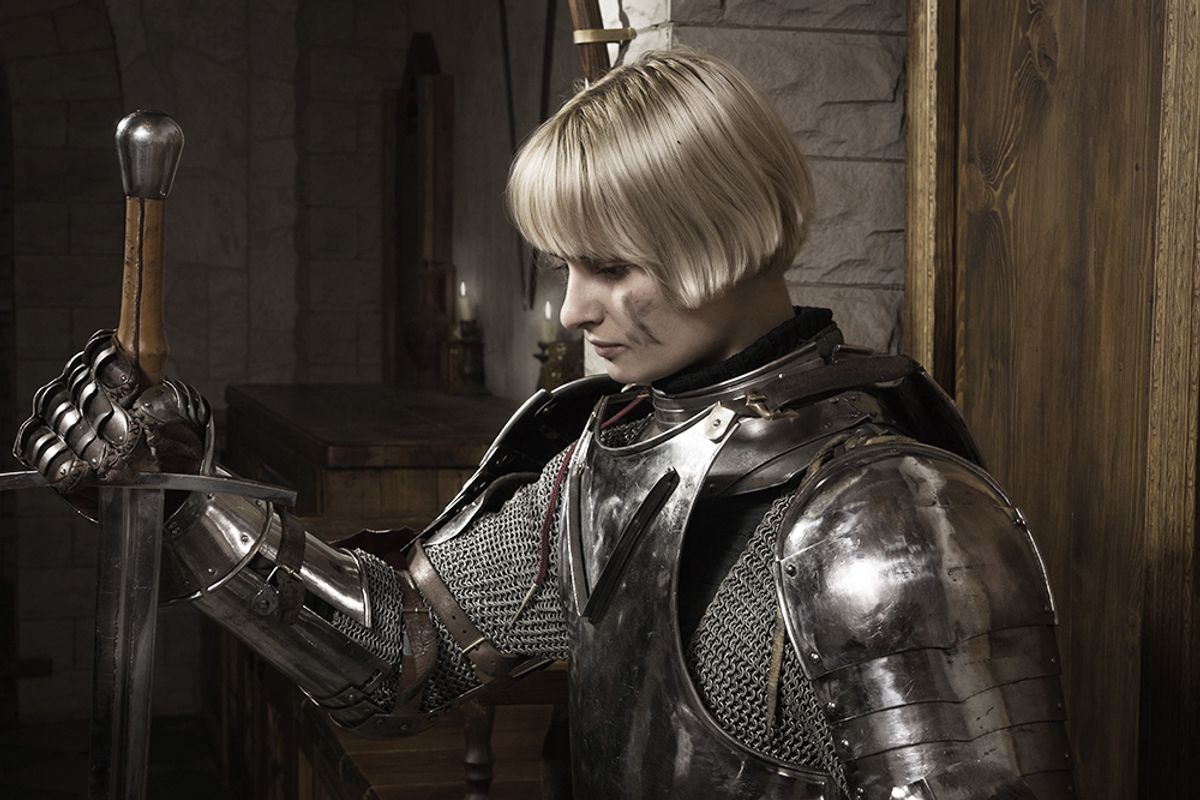 There’s a saying that genius is close to madness, and in this four-part profile series presented by Hand of God on AmazonPrime we’re celebrating those legendary figures who have left us debating where they sat on the spectrum of sanity.  Looking back at history’s most controversial figures, we’ll ask the question: were they insane, or were they inspired? Click here to explore more stories in the "Insane of Inspired" series.

Heretic or Saint: Joan of Arc

“Have you not heard it said that France would be lost by a woman and restored by a virgin from the Lorraine marshes?” –Joan of Arc

The Story: Believing that she was the virgin who had been prophesized and that she was destined to save France, Joan of Arc—an 18-year-old peasant girl with no military background—led the French army to victory against the English in the Hundred Years War, securing the crown for King Charles VII.

The Scandal: After France won the war with her help, the Catholic Church tried Joan for heresy and witchcraft.

The Evidence Against Her: Joan, known as “The Maid of Orleans,” insisted that her military success was guided by divine inspiration. By her own admission, she began hearing voices at the age of 12, including those of St. Michael, St. Catherine and St. Margaret. She said it was the saints and other divine beings who had guided her infamous combat strategies. Devout and dedicated, Joan went into battle under a banner in Jesus’ name, with an image of Christ in judgment on her standard.

Joan garnered additional resistance from the Church for her appearance: in order to be taken seriously as a soldier, she cropped her hair into a short bob—a traditionally male style—and wore men’s clothing.

The Evidence For Her: Divine intervention—or incredible luck—seems to have been at play during Joan’s successful military campaigns. For example, fate was on her side during the victorious siege of Les Tourelles, when she was shot in the neck with a bow and arrow—and continued to fight. In fact, Joan suffered several near-mortal wounds in battle, but was still victorious on the field.

The Verdict: Guilty—and Not Guilty
After being arrested for her alleged crimes, Joan was abandoned by those she had helped the most, including King Charles VII. However, after endless days and nights of inquisition and abuse, she remained unshakeable.

Unable to wrench a confession from Joan, the Church was not able to prove either the charge of heresy or of witchcraft, and so it changed tactics: she was charged with cross-dressing—described as an affront to the bible, and a charge she could not deny.

Joan was executed by for her crimes in 1431.

Twenty years after her death and as the result of her fame, a new trial was ordered and Joan’s name was cleared post-humorously. She was declared a martyr.

In 1920, the Catholic Church—the same Church that had her executed—canonized Joan as a saint.

Insane or Inspired?
Ridiculed and abused in her time, Joan of Arc remained true to herself and her beliefs, even when facing imminent death. A peasant, a warrior, a martyr and a saint—one thing is for sure: Joan of Arc was a total badass, and that’s definitely inspired.

The day of reckoning has arrived in San Vincente, California, and Judge Pernell Harris is the modern day Soloman who is determined to mete out justice. On an obsessive quest to avenge a family tragedy, Pernell is receiving divine inspiration to chart his path—or is he? As his friends and family work to hide what they see as his unraveling, Pernell pursues a course of brutal righteousness. Starring Ron Perlman (Sons of Anarchy), Dana Delaney (Desperate Housewives), and Andre Royo (The Wire) Hand of God was created by Ben Watkins and marks the television debut of filmmaker Marc Foster (Monster’s Ball, Finding Neverland).

MORE FROM Presented by Amazon Prime's Hand of God