"Is this a joke?": Reporters laugh in the face of conservative provocateur James O'Keefe at his own press conference

O'Keefe had promised "bombshell" revelation about Clinton campaign, turned up with a Canadian who bought a t-shirt 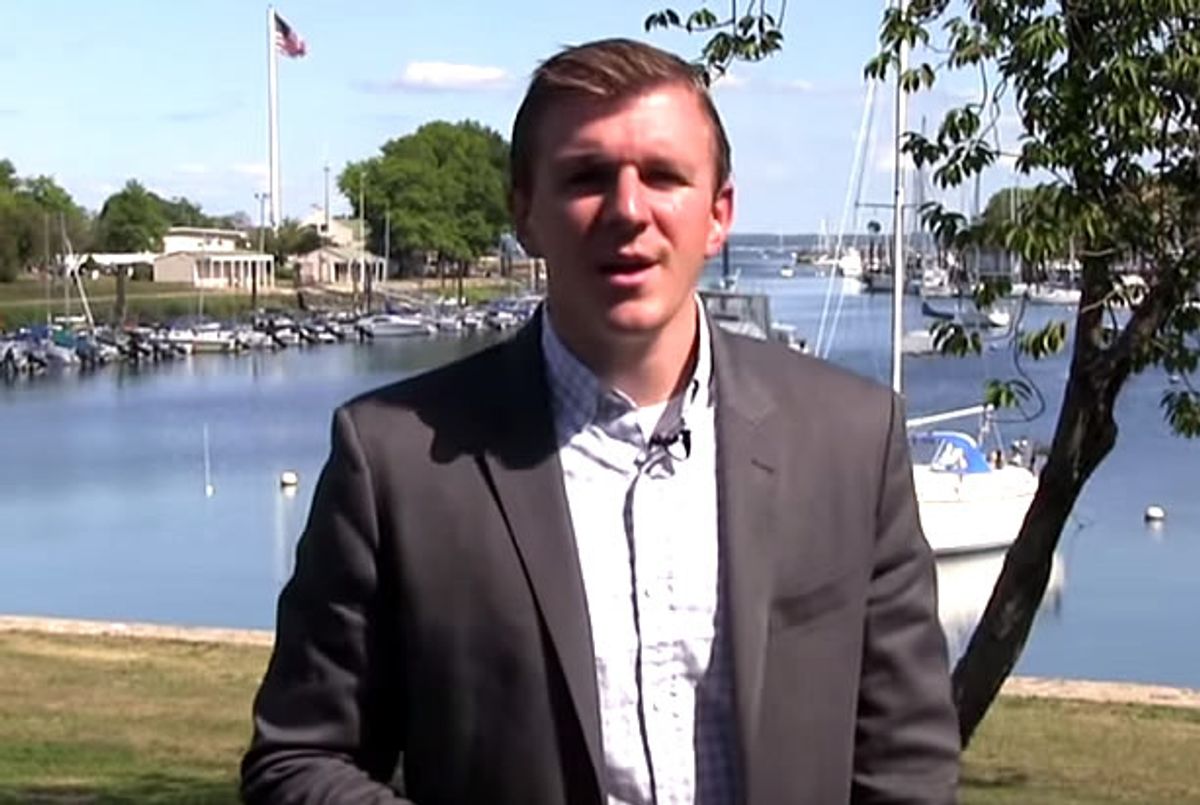 Professional troll James O'Keefe has been teasing journalists for weeks about an undercover operation that could take down Hillary Clinton -- I've received four "email blasts" from O'Keefe's Project Veritas about these videos in the past 48 hours alone -- so I was suprised to learn that the "trickle-down corruption" he'd come to expose amounted to a Project Veritas operative buying a few Hillary-themed t-shirts for a Canadian.

You read that right -- O'Keefe's own operative captured herself, on camera, illegally purchasing the shirts on behalf of a Canadian and this, O'Keefe claimed, demonstrates the criminal mendacity of the Clinton campaign.

Moreover, Compliance Manager Erin Tibe is actually shown on the video refusing to allow the Canadian woman -- who O'Keefe insisted at the press conference that he didn't know, and whose identity is still a mystery to him -- to make the purchase. It's the Project Veritas operative who says, "but she traveled all the way from Canada to support Hillary, you could give her, she's paying cash."

Tibe reiterates that she can't accept money from the Canadian woman, but eventually Director of Marketing Molly Barker allows the Project Veritas operative to make the donation on the woman's behalf. "Barker broke the law by allowing our journalist to become the middleman," the video states, not acknowledging that the "journalist" also broke the law, a fact which O'Keefe acknowledged at today's press conference, but blew off, saying "I'm not running for president."

As for that press conference, the Daily Beast's Olivia Nuzzi was in attendance, and needless to say, neither she nor any of the other reporters were impressed by O'Keefe's "revelations":

O'Keefe saved the best for last, however, in his characterization of the operative who captured herself on camera breaking campaign finance laws: