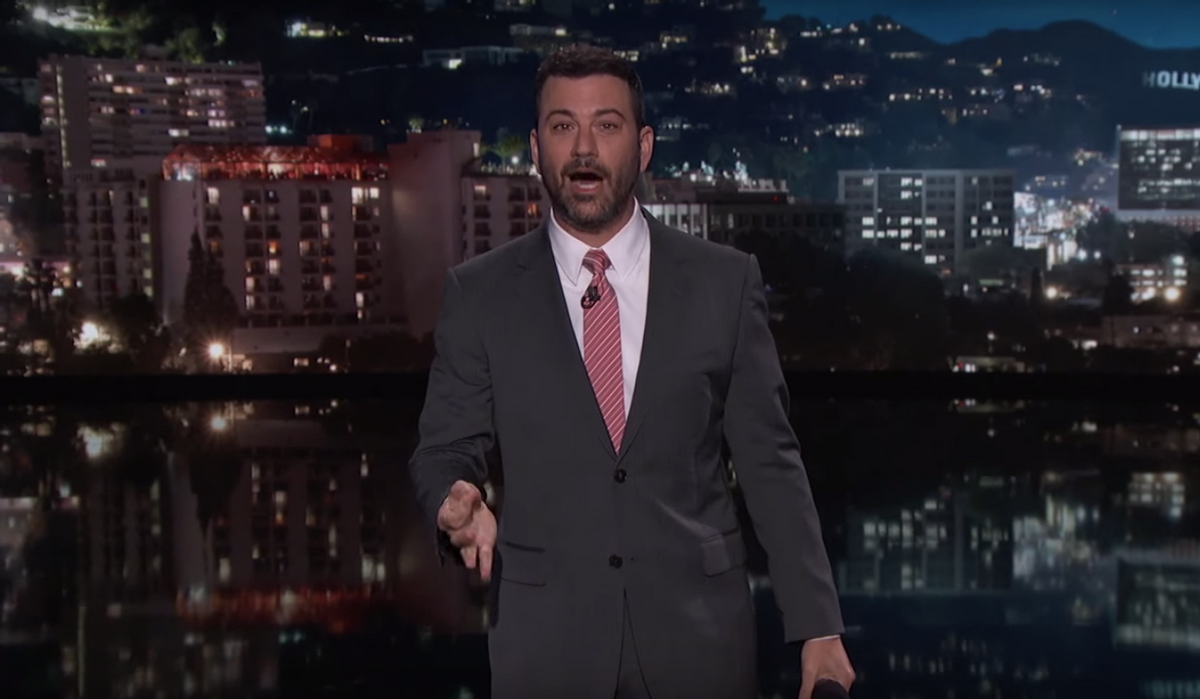 Jimmy Kimmel is, unfortunately, far from the first to point out similarities between GOP frontrunner Donald Trump and newly minted 2020 candidate Kanye West. (Bill Maher called Trump the "white Kanye" as far back as June, and a host of "Who said it?" quizzes have emerged since Sunday.) On Monday night, during a "Jimmy Kimmel Live" monologue, the host joined in the chorus, rolling a supercut of West's recent VMAs Vanguard speech and a handful of Trump's live interviews side by side in an attempt to prove it's more than just star power the two share. Kimmel's findings: Both candidates enjoy slamming "ratings," openly hating "politicians" and, at the end of the day, just really want people to like them. Sure, OK.