A full 90 percent of seabirds have eaten plastic at some point, a new study finds. 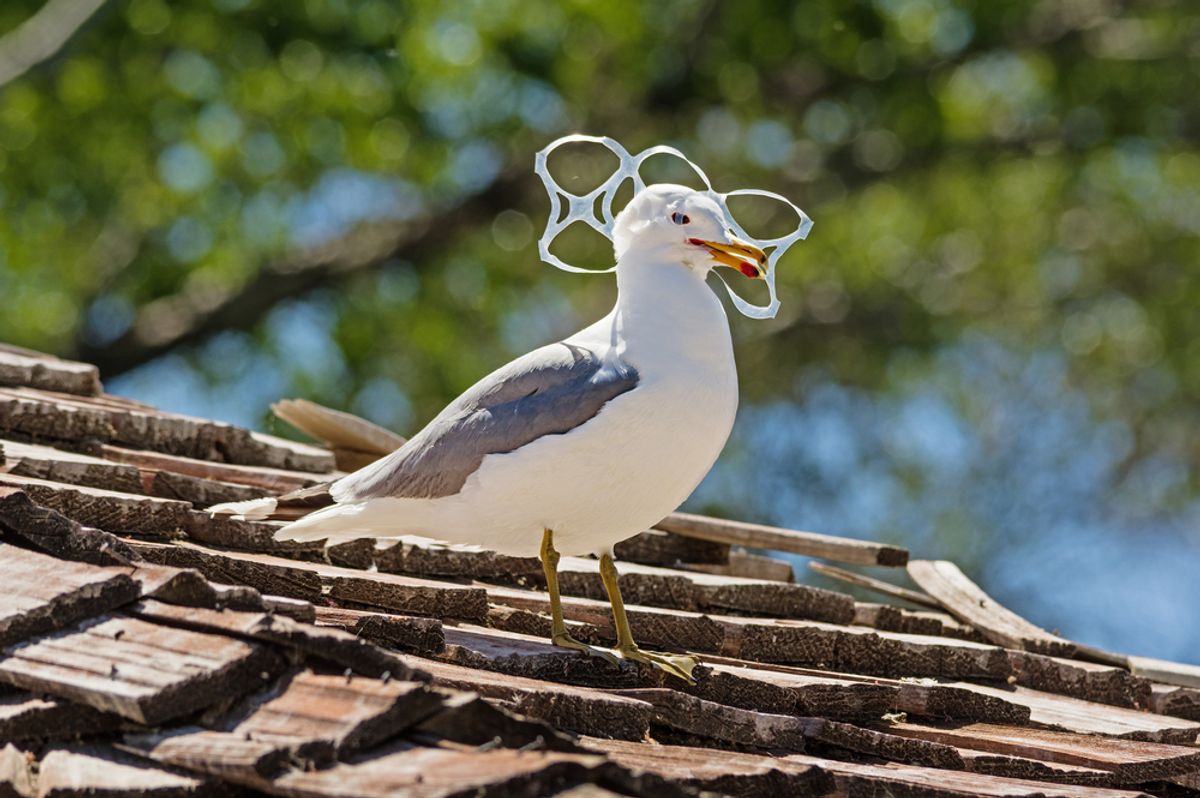 Poor, dumb seabirds keep eating plastic, because it looks like food and there's so freaking much of it that it really can't be helped.

That's more or less the conclusion of a new study out Tuesday in the journal Proceedings of the National Academy of Science, which sought to look at the well-known problem of plastic pollution in the world's oceans from the perspective of those creatures it may be most directly threatening: albatrosses, penguins and other such birds adapted to marine environments. What they found is that as the amount of plastic pollution increases, so too has the amount of plastic found inside seabirds' bellies. It's a problem, they write, that is "geographically widespread, pervasive, and rapidly increasing."

No seabirds were cut open for the purposes of this study: instead, the researchers looked back at previous analyses of seabird stomachs to chart the rise of plastic as a common snack. Back in 1960, they found, fewer than 5 percent of seabirds were found to have ingested plastic; by 2010, it was 80 percent. Based on that trend, and on data about where plastic pollution is most heavily concentrated, the researchers calculated that by now, 90 percent of all living seabirds have at some point eaten plastic, be it plastic bags, bottle caps or fibers washed from synthetic clothing.

"This is a huge amount," said Cris Wilcox, the study's lead author, in a statement. No kidding. And, he pointed out, it "really points to the ubiquity of plastic pollution."

By 2050, the team predicts that 99 percent of seabirds will have tried plastic.

"I've found nearly 200 pieces of plastic in a single seabird," said study coauthor Denise Hardesty in a statement, speaking of previous fieldwork. She added, in an interview with the Guardian, “I have seen everything from cigarette lighters...to bottle caps to model cars. I’ve found toys."

Not only is plastic not a nutritious option for a seabird, its ingestion can cause serious problems for the creatures: gut impaction, weight loss and, in some cases, death. And while places like the Great Pacific Garbage Patch get the most attention -- as well as much of the focus of current clean-up efforts -- the researchers found that it's in fact places with a large diversity of species, like Australia, South Africa and South America, where the threat to birds from plastic is greatest.

But that 99 percent statistic, the authors stressed, is a prediction, not a prophecy. "Even simple measures can make a difference," said Hardesty. "Efforts to reduce plastics losses into the environment in Europe resulted in measurable changes in plastic in seabird stomachs with less than a decade, which suggests that improvements in basic waste management can reduce plastic in the environment in a really short time."