Rudnitsky's posts on social media dating back to 2012 are being labeled "sexist," "homophobic" and "racist" 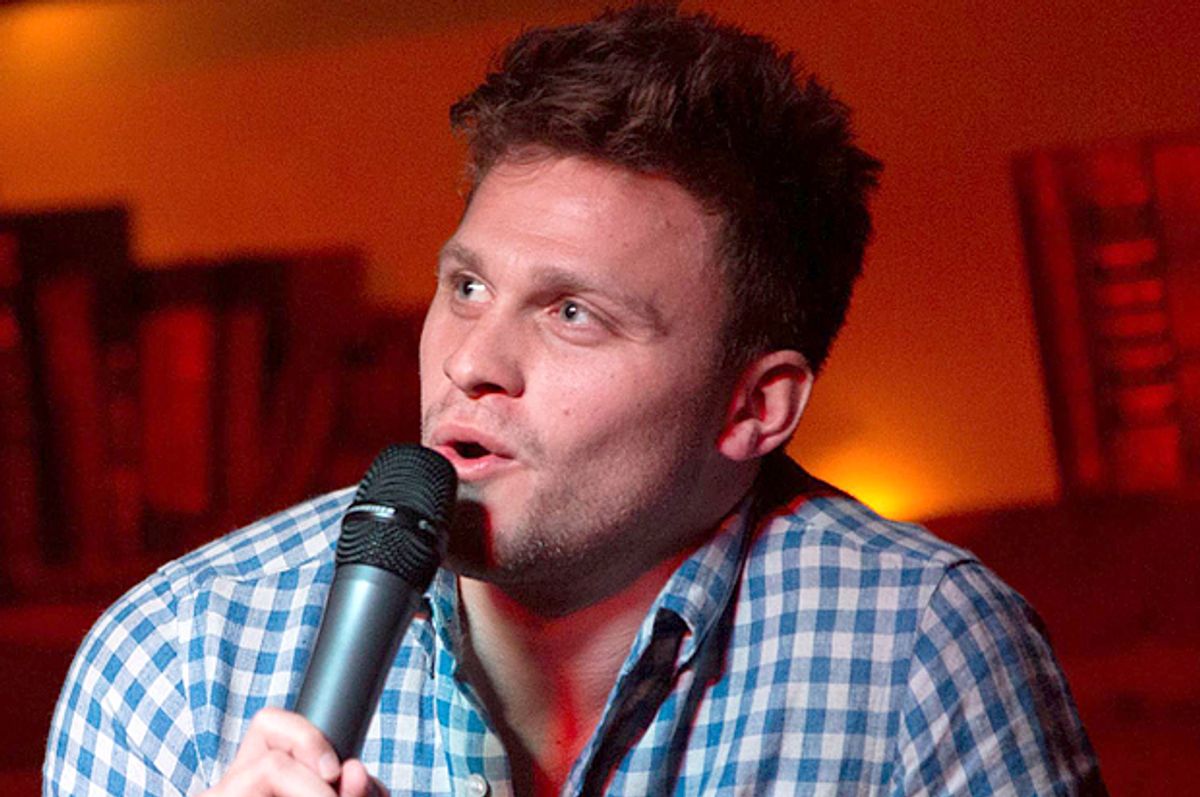 The latest subject at the center of the Internet firestorm is Jon Rudnitsky, the 25-year-old comedian from New Jersey whose addition to the "Saturday Night Live" cast was announced Wednesday.

Rudnitsky was -- perhaps, up until now -- best known for his viral "House of Cards Junkie" parody. Today, after Gawker’s Defamer blog scoured his social media, it's a slew of racist, sexist and homophobic tweets and Vines that are taking the forefront of the conversation. (And, much like Trevor Noah, it's happening before he's even had a chance to take the stage -- "SNL" season 41 premiers Oct. 3.)

In the sexist category, Gawker posted two tweets from 2012, including: "if you have multiple facebook profile pictures with your shirt off then you are a douche bag. unless you're a girl then you're just a whore" and "Any time you hear somebody say 'she means well' it means she's a whore."

As well as this piece of content that you're not allowed to be offended by:

"I would have remembered that I created an account on Vine. I would have recalled that I made a video where I was just like, 'The whole joke is about Mexicans shooting you.' I would have chosen to remove this video from the internet," Gawker's Jordan Sargent writes of the below Vine which, true to the description, is just Rudnitsky making fun of "rough" Mexican neighborhoods: