A rare wonder is captured live on television 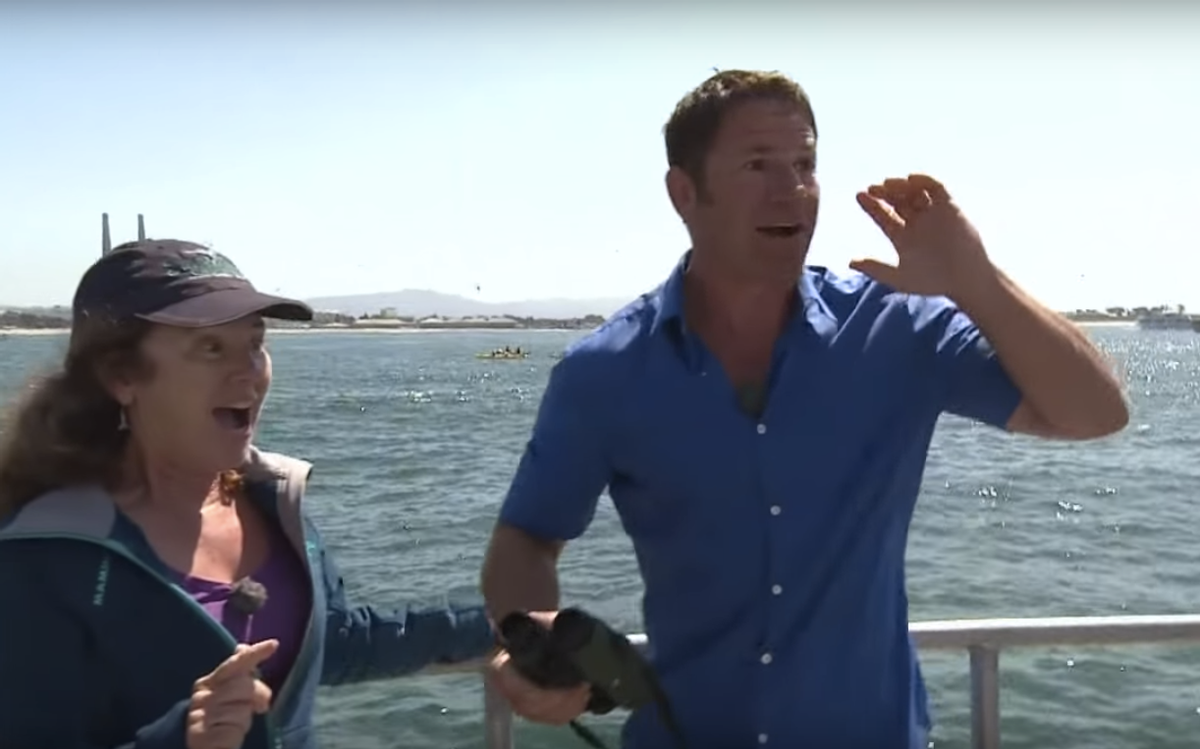 And listen, Sanjayan did his best to express just how cool the show's live format would be, as well to drive home the amazing story behind the creatures of Monterey Bay's recovery from the brink of extinction. But if you didn't quite get it, well, you just have to see what happened during the BBC's broadcast of the program (it aired this past weekend -- the PBS version is airing this week), when a blue whale sighting interrupted correspondent Steve Backshall, who is known for losing his mind in the face of nature, while he was conducting an interview.

“The largest animal ever known to have lived on our planet...a creature that we hunted so 99 percent of its numbers disappeared," Backshall gushed. "It's back. It's here. It's in the bay right now, live."

"This is one of the most extraordinary things I've ever seen."

Good luck ever being as excited about anything as Backshall is about this whale: