What happens when an author won't let her characters go when the books have ended? 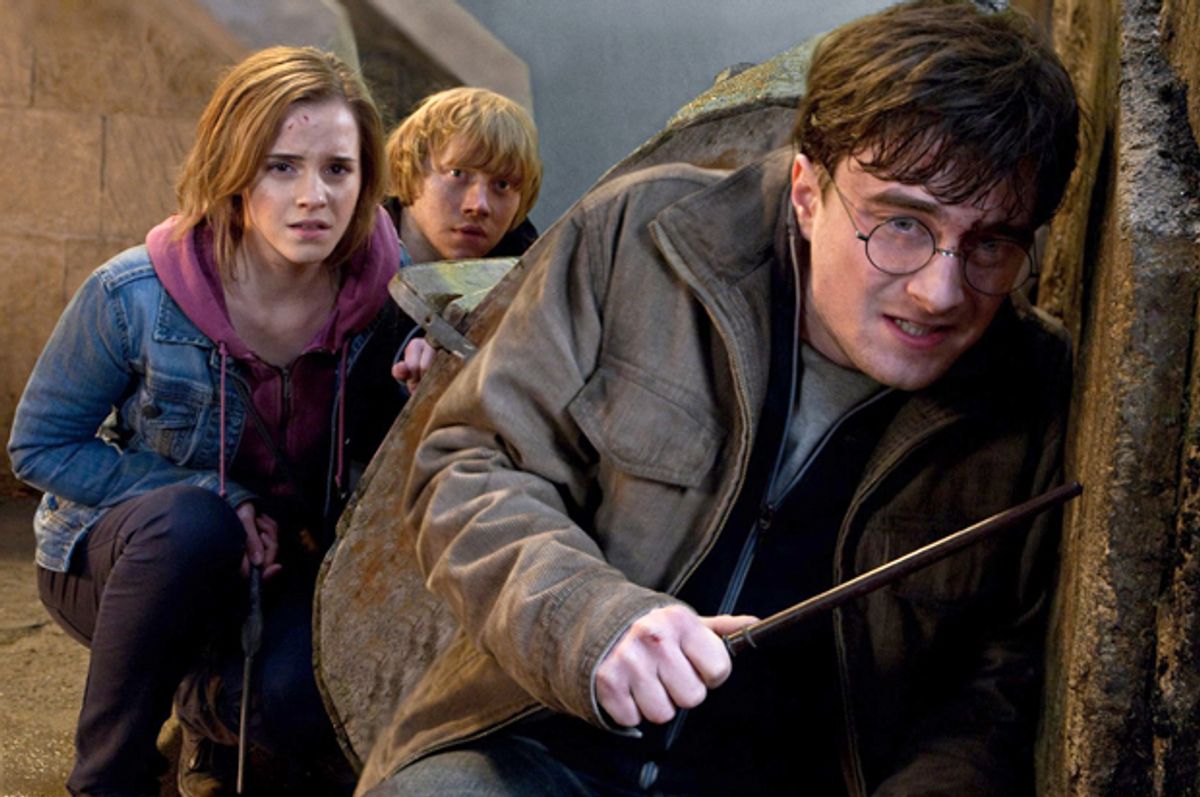 When we close a novel, what happens to our favorite characters? Do they live in our minds – getting married and divorced, hair graying, moving to the countryside, subject to our private fantasies about who they were and who they’ll become? Or does someone else get to decide where they go, what they do, who they become?

In the case of the characters from the "Harry Potter" series, it looks like the Hogwarts School alums may be with us for a long time. It’s impossible to be angry at author J.K. Rowling, but her continued involvement in the lives of the characters through social media could mean something new in the way fictional worlds exist in the digital age. She may also have just launched dozens of doctoral dissertations on the nature of authorship.

Rowling has been among the most active authors on Twitter for quite some time now, and recently she’s spread her love of Scottish rugby, sent a respectful note on the death of Oliver Sacks, and weighed in on a feud between two actors from the Potter movies. (“Even after all these years, they still want to kick each other's arses.”)

Her response has been mostly that of a proud, good-natured mother or aunt, with only occasional touches of disapproval (“Not as bad as watching Dan in Equus, but close,” she Tweeted when “Potter” actor Matthew Lewis, who played Neville Longbottom, appeared in an underwear ad.) She’d made minor, mostly tongue-in-cheek references to her character’s backstories, and defended Dumbledore, Hogwarts’ (famously gay) headmaster.

But her involvement with her old characters just took at least half a step forward when she tweeted Tuesday about Harry’s son James Sirius Potter boarding the train for Hogwarts at King’s Cross. She followed it up by revealing that he’d been “sorted” into Gryffindor. While it’s not entirely a surprise – this was his dad’s old house – it’s a bit startling to have the story continuing this way.

But why should we be jolted? Authors – including one of Rowlings’ models, J.R.R. Tolkien – have been responding to letters from fans for a very long time. Japanese authors have been writing novels on cell phones for more than a decade now. Fan fiction has stretched the bounds of authors' created worlds.

Part of what sets the "Harry Potter" books apart from most novels is that the gap between the novels’ publication and their transformation into talked-about public property – and blockbuster movies – didn’t take long.

They spent less time in most people’s imaginations, unsullied, than just about any book in history. Not only did they become the grade-school version of water-cooler conversation, they moved almost immediately to the screen. (The first book, “Harry Potter and the Philosopher’s Stone,” was published in 1997 and released as a movie that nearly every reader saw just four years later.)

If you fell for the characters of Jane Austen or F. Scott Fitzgerald, you had plenty of time to allow them to live in your head before their official images hardened. (Most of them still haven't.) You can see a dozen adaptations of Shakespeare’s plays and not settle on a single image of Hamlet or Othello or Lady Macbeth. If you read “The Lord of the Rings” (published in 1954) in the decades before the Peter Jackson adaptations, you had plenty of time to figure out what that world looked like and how its characters' voices sounded. Most novels remain novels – obscurely or entirely un-adapted.

So Rowlings’ tweets are just another step in the public and communal evolution of the Harry Potter saga. They may be closer to the stories told around the campfire of a pre-modern society than the private ways novels were consumed for a few centuries.

When scholars tackle this one – and I’m not entirely kidding in suggesting they will – the debate is likely to turn on another issue: One of the ways literature was rethought over the last few decades was the revolution by French critics in dethroning the authority of author and the larger meaning of the written word.

The most important of these pieces was probably Roland Barthes, whose essay “The Death of the Author” saw a text as separate from the person who wrote it. (To think otherwise was a kind of bourgeois hangup.) Reception theory – a German idea that followed – said meaning came from the response of readers, not an author’s intention. (Okay, I’m oversimplifying a lot here.)

This is all a long way of saying: Here’s wishing Harry’s kid good luck at Hogwarts. But with all due respect to Rowling, who gave these characters life, shouldn't they be released to live their own lives, and to dwell in our imaginations for a change? Is that selfish?