Sony softened Will Smith's "Concussion" to avoid conflict with the NFL 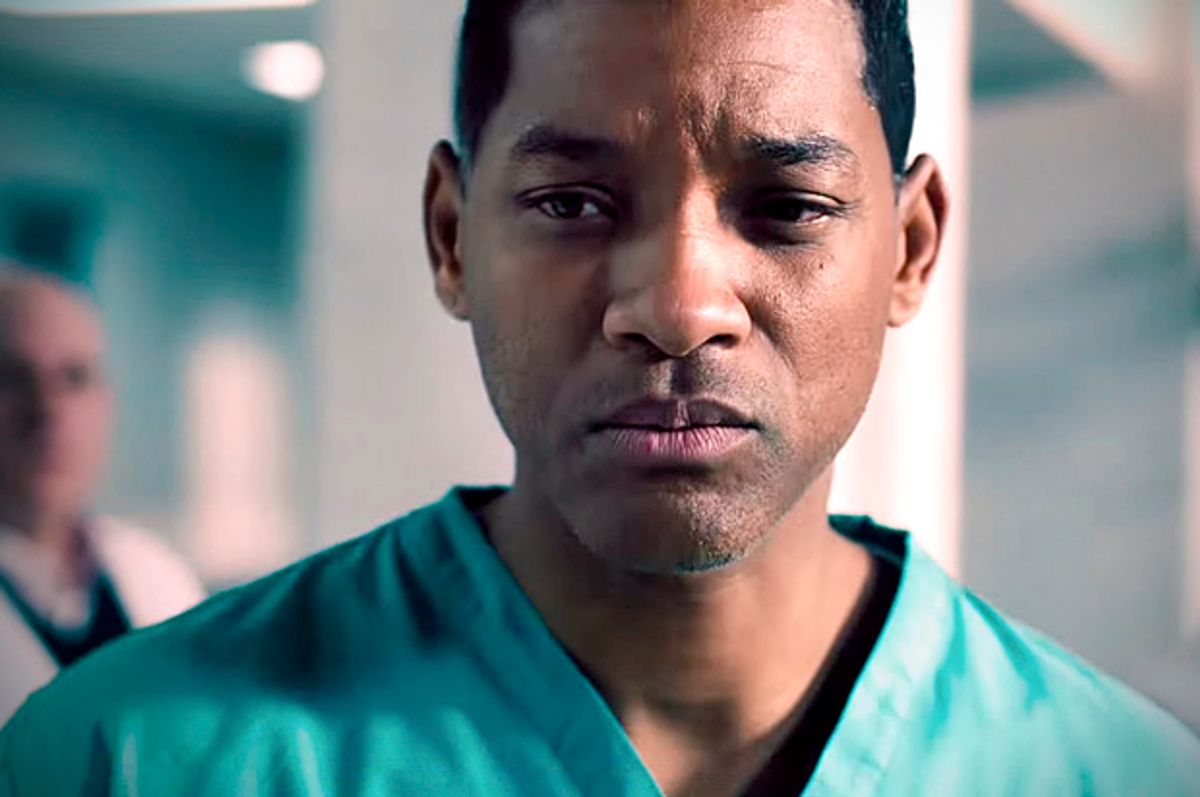 “Concussion,” Sony’s film about degenerative brain disease in professional football players, was altered in order to soften the potential blow to the NFL, the New York Times reports.

According to dozens of emails released in the Sony hack, Sony executives emailed back and forth with director Peter Landesman and with Smith’s team to discuss how they could avoid antagonizing the NFL with the film, despite the studio having no major ties to the league.

In the film, Smith plays Dr. Bennet Omalu, the doctor who was responsible for diagnosing chronic traumatic encephalopathy (CTE), a degenerative brain disease suffered by NFL players in the wake of repeated head trauma, and who first brought safety concerns about professional football out into the open.

“Will is not anti football (nor is the movie) and isn’t planning to be a spokesman for what football should be or shouldn’t be but rather is an actor taking on an exciting challenge,” Sony exec Dwight Caines wrote in an email on Aug. 6, 2014. “We’ll develop messaging with the help of N.F.L. consultant to ensure that we are telling a dramatic story and not kicking the hornet’s nest.”

Times reporter Ken Belson shares excerpts from a number of other emails, including one saying that "unflattering moments for the NFL” had been removed or softened, while another explained that Sony lawyers "took "most of the bite" out of the film "for legal reasons with the NFL.” Several emails discussed PR tactics for the film, suggesting that press materials should highlight that Smith likes football and that his son plays the game. Meanwhile, an email from exec Hannah Mingella suggested that "rather than portray the N.F.L. as one corrupt organization can we identify the individuals within the N.F.L. who were guilty of denying/covering up the truth.”

Speaking to the Times, Director Landseman said that the emails did not reflect Sony kowtowing to the NFL but rather trying to make the film more accurate as a pre-emptive defensive measure against league criticisms.

“We don’t want to give the N.F.L. a toehold to say, ‘They are making it up,’ and damage the credibility of the movie,” Landesman explained. “There were things that might have been creatively fun to have actors say that might not have been accurate in the heads of the N.F.L. or doctors. We might have gotten away with it legally, but it might have damaged our integrity as filmmakers. We didn’t have a need to make up anything because it was powerful and revelatory on its own.”

Still, he says, “There was never an instance where we compromised the storytelling to protect ourselves from the N.F.L.”

While the NFL has a history of trying to silence other media organizations reporting on the concussion issue, they have been pretty quite on “Concussion” so far. In their lone statement about the film, the NFL said “we are encouraged by the ongoing focus on the critical issue of player health and safety. We have no higher priority. We all know more about this issue than we did 10 or 20 years ago. As we continue to learn more, we apply those learnings to make our game and players safer.”

Watch the first trailer for the film below: