Thanks, Ms. Swift, for again proving that African stereotypes are safe atop the pinnacle of American pop culture 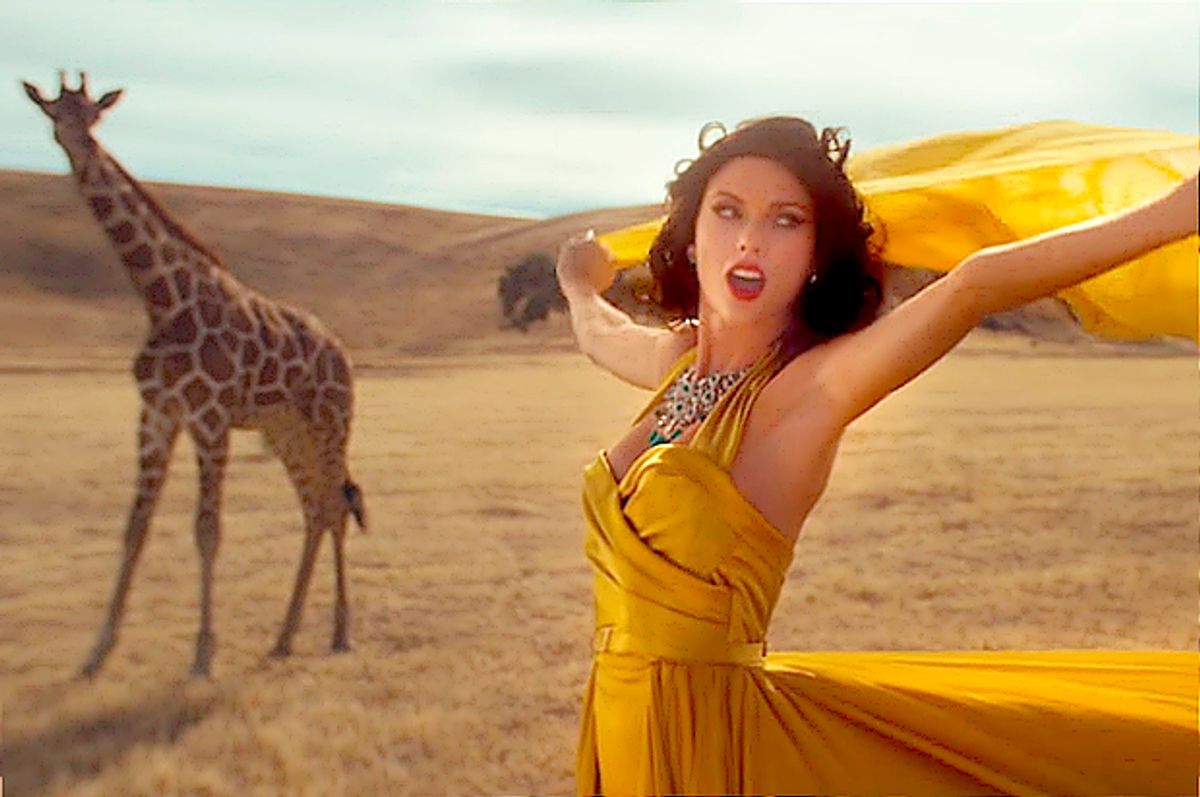 As I start the new academic year, I want to extend a big thank you to Taylor Swift for providing a perfect setup for my first African history classes of the semester. In her new video “Wildest Dreams”  Swift takes us back to the wonders of colonial Africa where rugged white men tamed Africa’s wild landscape and starlets braved the bush in tents complete with lavish furniture and four-poster beds. Completing the colonial nostalgia, “Wildest Dreams” naturally focuses on Swift and her rugged white love interest, Scott Eastwood. No black faces made their way into the video portraying a colonial-era movie set in a generic African savannah landscape.

For members of the "Lion King" generation like Swift, African landscapes continue to embody this rich tapestry of flora and fauna, where Africans only occupy the periphery of complex portrayals of lions, elephants and their white saviors. But I can’t blame Swift for following a long history of Hollywood’s obsession with white settlers in colonial Africa.

From Academy Award-winning films such as "The African Queen"  and "Out of Africa" to Vogue style spreads like the “Chronicles of Keira,” Western pop culture rarely offers any insight into Africa's colonial past beyond the common trope of white colonial romance. Rarely do films, fashion or pop music problematize these scenes of privilege, or portray the complex ways Africans resisted and ultimately overthrew racial colonial hierarchies.

Part of what Chimamanda Adichie has widely critiqued as “The Danger of a Single Story” of Africa, Swift’s “Wildest Dreams” just helped my students understand perfectly how popular stereotypes about Africa have a long and enduring history.

Rooted in the century-old travel narratives of famous white “explorers” and tourists, Swift’s message in “Wildest Dreams” is apparently about wildlife conservation, ending the video with a promise to donate the proceeds to the African Parks Foundation of America.

However, the video embodies the images of the classic hunting safari. Made famous in American discourse during Teddy Roosevelt’s 1909 East African safari, the former U.S. president introduced Africa to American audiences as the “greatest of the world’s great hunting-grounds” where Africans are described as “ape-like naked savages, who dwell in the woods and prey on creatures not much wilder or lower than themselves.”

While the overt racist overtones of Roosevelt are much more subtle in “Wildest Dreams,” perhaps Swift and director Joseph Kahn should take their cue from the unapologetic reels of colonial propaganda such as the infamous 1940 film “Men of Africa.”

Here the idea of the white savior is not hinted at through a romantic ballad, but is the central character spreading Christianity, civilization and commerce throughout “savage” Africa.  At least the colonial empire marketing board was not afraid to wear its prejudice like a badge of honor.

So thank you, Taylor Swift, for proving once again that African stereotypes are safe atop the pinnacle of American pop culture. You provided a perfect starting point for my students to critique the popular portrayal of Africa and begin to study the complex history of a continent from the opposite perspective.

"Wildest Dreams" stands on the shoulders of half a century of Hollywood films set in an Africa full of pale faces. Take a look:

Matt Carotenuto is associate professor of history and coordinator of African Studies at St. Lawrence University. He works closely with St. Lawrence’s long-standing abroad program in Kenya, and with Katherine Luongo is the author of the forthcoming "Obama and Kenya: Contested Histories and the Politics of Belonging" (Ohio University Press, expected in 2016).