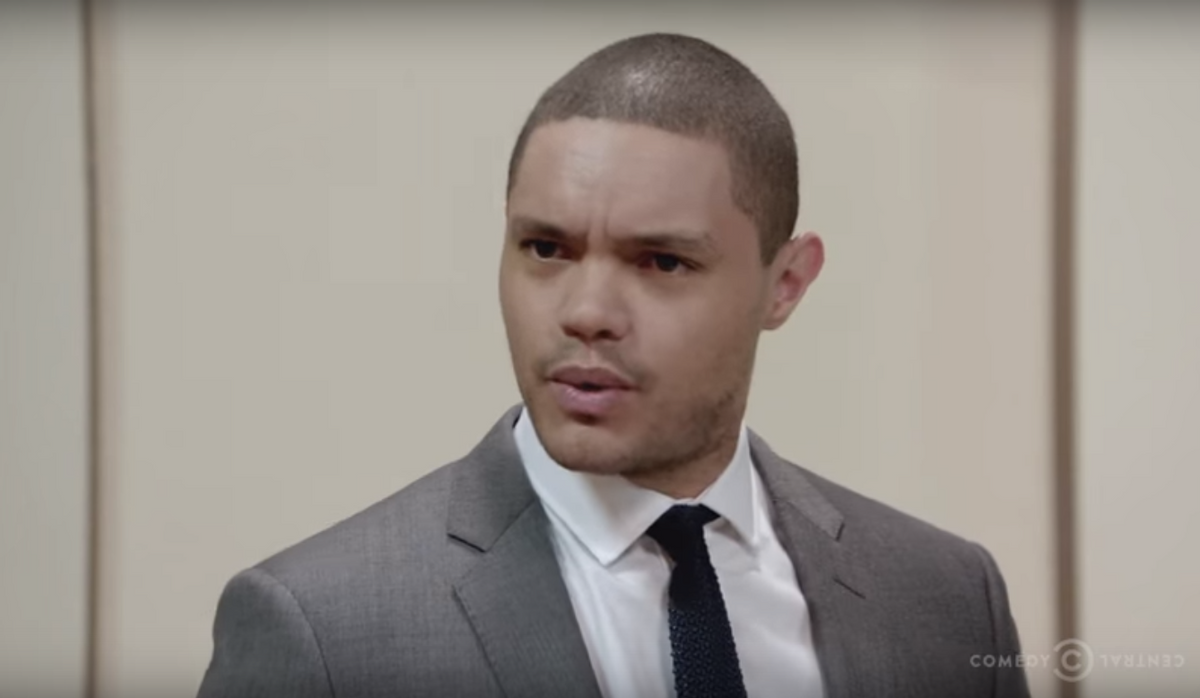 From what we've been able to gather so far, Trevor Noah's so-called "face-lift" of "The Daily Show" will mostly just entail flashier suits and a "new ass on the same chair."

In two new promos, released by Comedy Central on Tuesday, the comedian continues to assure viewers that he won't be changing many of the things Jon Stewart's viewers came to admire so much about the fake-news program.

One thing we can expect to see change, as joked about in a new teaser, is the pronunciation of "zebra." In it, we get correspondents Jessica Williams, Hasan Minhaj and Jordan Klepper trying their best to make Noah feel at home (home, being South Africa) by proposing he join them in some of his "native" activities. That's when the crew learns Noah is a "zeh-bra" guy -- not a "zee-bra" one.

In another, Williams and John Hodgman take turns one-upping each other with kind gestures, vying for the attention of the new host. This comes at the cost of Hodgman practically ripping his face off.

Noah's "Daily Show" will premier Sept. 28 (that's only a few short weeks away!). Watch the two clips courtesy of Comedy Central below: