Evangelicals are constantly bellowing about America's moral decay. They could stand to take a look in the mirror 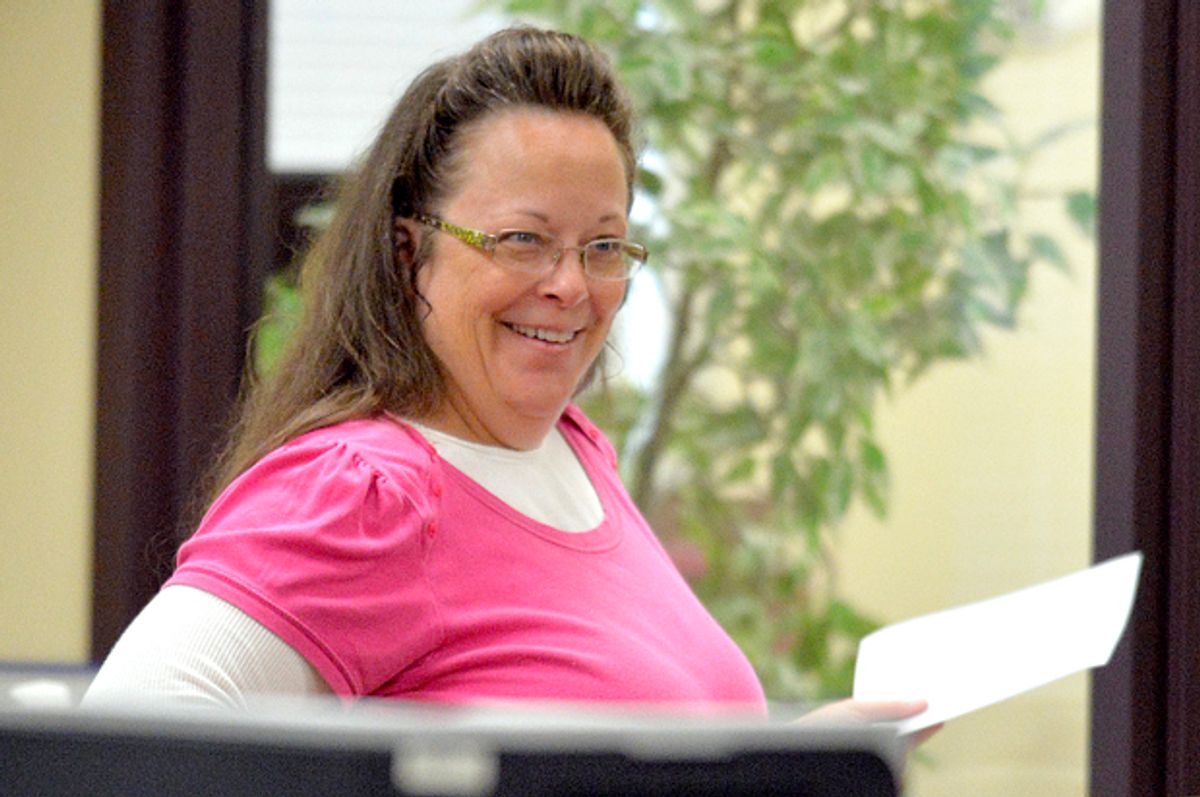 When Bill O’Reilly recently tried to pin America’s spree of mass shootings on atheism rather than guns or mental illness, he hoped to tap a specific set of beliefs that is common among Bible believers— that morality derives from religion; that Born Again Christians are a light unto the world while atheists (who lack any basis for ethics or morality) spend their empty lives in pursuit of money and sex; that when Christians get raptured or otherwise lose the upper hand, America will descend into the orgy of sex, violence and anarchy depicted in the Left Behind books and movie.

This view feeds both righteous superiority and genuine anxiety among conservative Christians. Calvinists and other fundamentalists teach that humanity is “utterly depraved,” and that the only hope for our fallen world and for fallen individuals is the saving blood of Jesus. In the words of megachurch minister Mark Driscoll, “If the resurrection didn’t literally happen, there are guns to shoot, there are people to shoot, there are parties to be had, there are women to be had.”

In this view, the architects of America’s much lamented moral decay are godless atheists, and the growth of secularism means the growth of moral bankruptcy. Modernity is a grim slide into an end-times world where everybody lies, cheats, and takes whatever they can get. And here in America, this dark tide can be held back only by Christians in high places.

But this common wisdom among right-wing Christians is being challenged by the public behavior of both the godly and the godless, by atheists who publically embrace humanity’s moral core and spiritual quest; and by Christian leaders who keep getting caught, literally or metaphorically, with their pants down. The combination paints a picture that more than anything reveals our shared humanity—that the godless have their share of moral leaders and inspiring spiritual values, and the godly have their share of scoundrels.

Atheists Bare Their Beliefs and Values

Tired of being stigmatized and shunned, some atheists have set out to daylight the moral values they live by, and why. Some are specifically reclaiming words like morality and spirituality, which have long been owned by the religious sector. This summer, photographer and filmmaker Chris Johnson began screening A Better Life: Joy and Meaning in a World Without God. The movie follows a related coffeetable book in which prominent atheists (and full disclosure: a few ordinary nonbelievers like me) discuss the values, loves, dreams and projects that give their lives purpose.

Small Sunday Assembly congregations around the world are continuing to experiment with building community around a three-part motto: live better, help often, wonder more. Blogger Neil Carter, a theology-trained former teacher, has amassed a following of thousands who read his wry, tender musings as he navigates being Godless in Dixie. Humanist chaplaincies like the Harvard Humanist Hub have been springing up on college campuses. Even the Satanic Temple (actually an atheist religion that eschews supernaturalism and embraces Satan as a literary rebel against tyranny a la Milton) has stepped into the public eye with a mission and a manifesto affirming broadly held humanistic values.

Meanwhile, scandals have been hitting conservative Christianity, hard and fast.

After Christian abortion foes launched a blood-and-guts media campaign based on staged entrapment interviews with Planned Parenthood staff, public opinion wavered. The campaign crumbled as forensic experts found 42 splices, including in “unedited” videos, rendering them useless as evidence. A seemingly unimpeachable witness, a disgruntled Planned Parenthood employee who claimed she had been forced to sell body parts, was impeached by past statements contradicting recent testimony, suggesting she was unreliable and a likely plant. Anti-abortion leaders found the moral high ground crumbling beneath their feet.

Another Christian publicity stunt turned out to be fabricated by—to borrow a phrase from investigative journalist Chris Rodda—Liars for Jesus in the military. Republican presidential contender Ted Cruz has built his campaign around religious opposition to anti-discrimination laws, which some Christians claim violate their religious freedom and cause them to be persecuted. One ad features the story of Air Force Sergeant Phillip Monk who was fired by a lesbian superior for “expressing a traditional view of marriage”—except that he wasn’t. Oops. So much for the Bible’s prohibition against false witness. If Cruz had read some of the anti-Semitic, homo-slurring hate mail sent by military Evangelicals in the name of Jesus he might have been more wary.

A John Oliver August expose of televangelists exposed so much corruption, from multi-million-dollar tax-exempt parsonages, to personal trips on private jets, to manipulative but unfulfilled promises of healing, that if religion wasn’t exempt from truth-in-advertising laws the ministries in question would have their butts sued off. The wide blanket of “religious freedom” may provide legal cover for preachers like Robert Tilton or Joel Olsteen but it can’t cover the up the fact that their ministries stink of moral rot. Oliver launched his own church, Our Lady of Perpetual Exemption, with dollars (and seeds and beef jerky) that flowed in from eager viewers, challenging the IRS to investigate—and not just Oliver.

And then, of course, there’s the ongoing scandal surrounding Ashley Madison, the matchmaking site for would-be adulterers hacked by possible extortionists who released member names to the public. Early controversy focused on the membership of Christian patriarchy leader, Josh Duggar, whose teen pattern of molesting younger girls—and the family’s response—recently cost his parents their multi-million-dollar reality show. “Family values” politicians like Mike Huckabee, Rick Santorum and Ted Cruz, who flaunt their Christian credentials and lament how gays and feminists are destroying marriage appear to have lost their voices when it comes to adultery, a sin that—in contrast to gay marriage or abortion—the Bible unambiguously condemns.

Have traditional Christianity’s claims of moral superiority always been mere conceit, now visible to all, or has something changed? Certainly the internet has made it harder to live a double life or hide hypocrisies, or to protect the faithful from outside information. I wrote about this in “Religion May Not Survive the Internet.” But there’s also reason to believe that Bible-believing Christianity once worked better than it does today as a guide for individual and community behavior:

In sum, conservative Christians are being Left Behind morally and spiritually; and they have responded by looking for love—and answers and power—in all the wrong places. If they find that Americans increasingly turn elsewhere for inspiration and moral values, maybe they should do a little soul searching instead of pointing the finger at atheists.