Alton Brown: "If shoveling Big Macs into our face is a disease, we're done as a culture"

"Obesity is not a disease," he said in an interview that was otherwise wonderfully weird 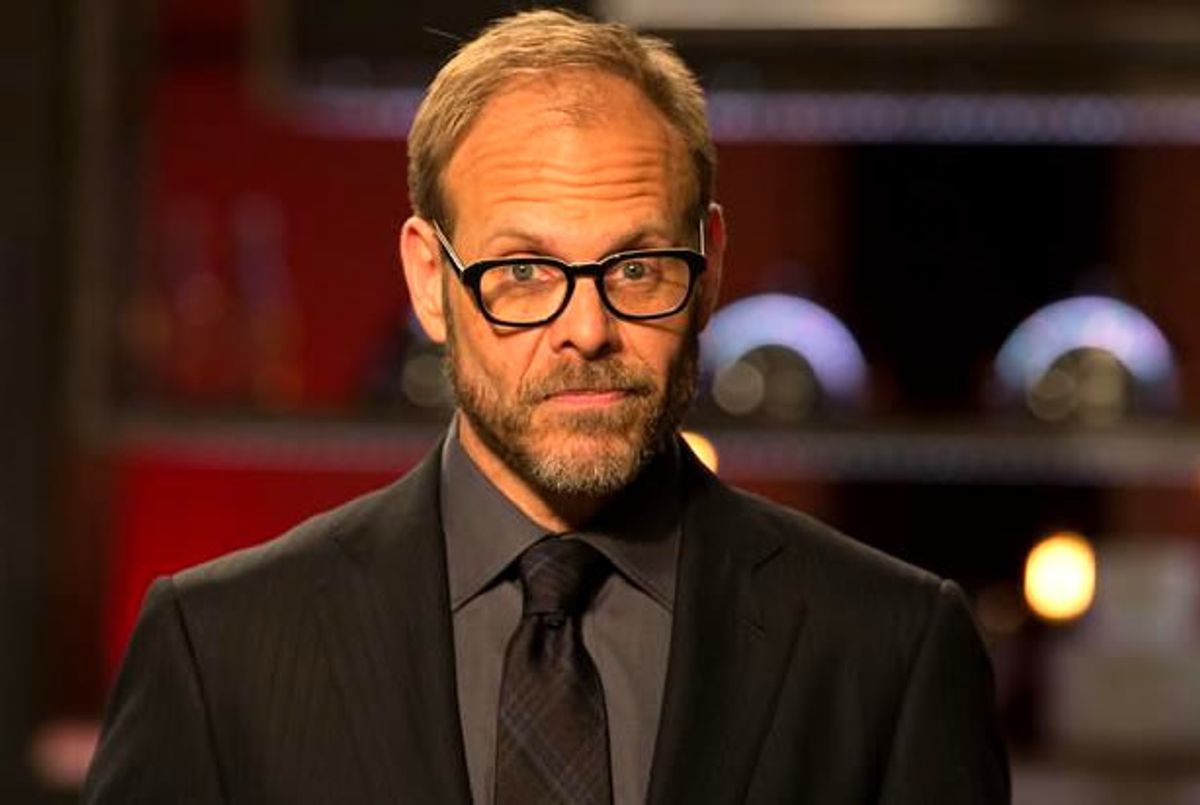 Every so often, Alton Brown, the cartoonishly vile host of Food Network's "Cutthroat Kitchen," reminds us that he used to be the nerdishly charming host of "Good Eats," a show in which you didn't have to watch Guy Fieri drive around America in two tons of overcompensation and "hunch" food into his mouth-hole.

There was, for instance, a cooking demonstration he did on Facebook a few months back -- available below -- in which he not only informed viewers how to cook something, but he indulged in explanations as to matters both science (how to fiddle with protein structures to produce fluffier eggs) and science fictional (how he felt about the new Doctor, Peter Capaldi). A similarly familiar charm can be found in Ana Marie Cox's refreshingly weird, if occasionally problematic, new interview with him in the New York Times.

Brown was criticized heavily for comments he made about obesity in 2008, claiming that overweight Americans needed "to be ashamed" of themselves and their unhealthy lifestyles. In this interview, he was initially more thoughtful, acknowledging that as "the price gap between junk food and real food only seems to be widening," we have effectively "designed our system to force people into nutritional slavery" in which "there are people who can only afford to fill their stomachs with bad, cheap food."

However, he added that "I do think that most of us need to actually take responsibility for what we’re putting in our mouths. Obesity is not a disease," and that "the second that our society starts thinking that shoveling Big Macs into our face is a disease then we’re done, we’re done as a culture."

Brown also noted that because his office is "in a questionable part of town, and I'm often working there rather late at night," he sometimes packs heat. "I may or may not be armed at certain times," he said.