Jorge Ramos puts Bill O'Reilly in his place: "You're not the right person to lecture me on advocacy and journalism"

"You're not a news man anymore," O'Reilly said of Ramos, "you're an advocate now" 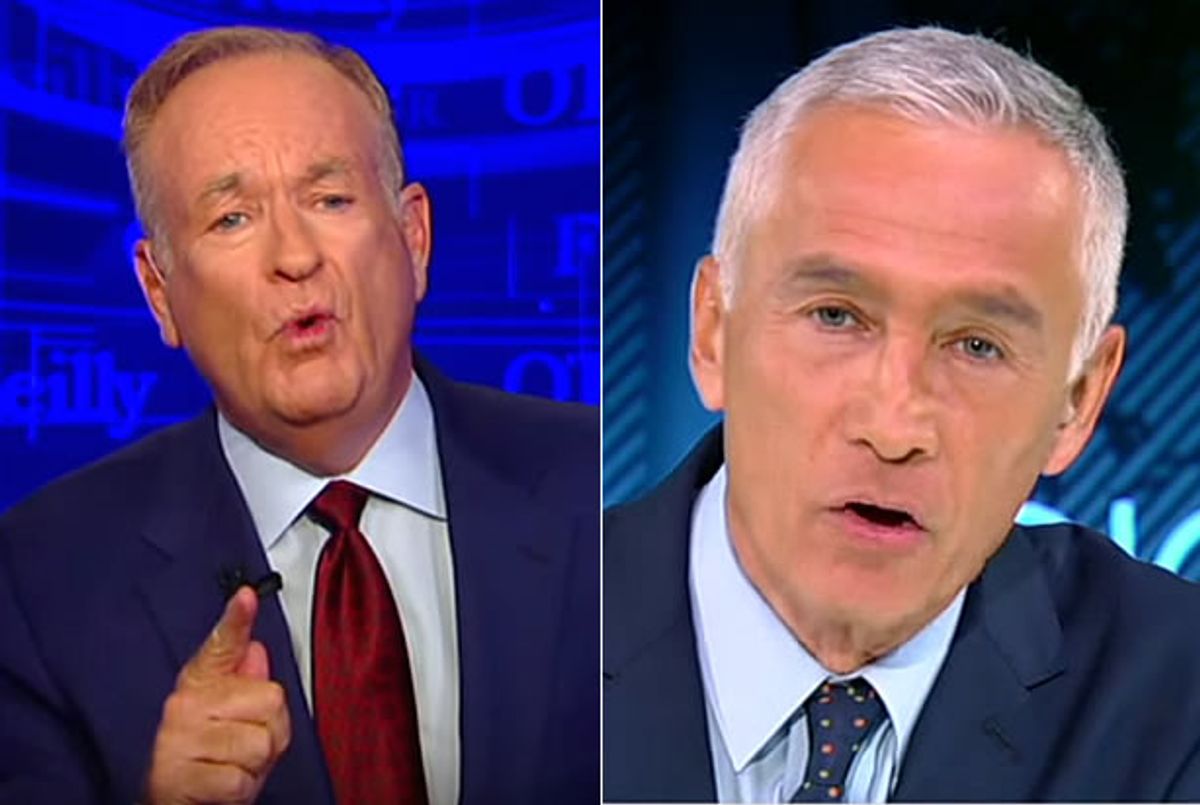 Univision and Fusion's Jorge Ramos -- who was ejected from a Donald Trump news conference last week -- went on "The O'Reilly Factor" Wednesday evening and accused host Bill O'Reilly of being a hypocritical partisan.

O'Reilly began by warning his viewers that they were about to experience something that would "horrify" them -- "getting to know" more about Ramos. So he asked why Ramos opposed building a wall along the United States' southern border, when not having one is theoretically responsible for Francisco Sanchez, Kate Steinle's alleged murderer, from entering the country.

"You're an enabler, Jorge, you're enabling guys like Sanchez," he said.

"You have to concentrate on enforcement, background checks, and at the same time you have to resolve the situation of 11 million people in this country," Ramos replied.

Ramos responded that if they enter the country legally and find gainful employment, they do have a right to be here. Moreover, he said, they're necessary "because they're doing the jobs nobody else wants to do, we are giving them jobs. That's why they're coming."

Ramos disputed O'Reilly's premise, telling the Fox News host that "I don’t think you are the right person to lecture me on advocacy and journalism when you spend most of your program giving opinions and not asking questions, defending Republicans, criticizing Democrats, and, frankly, conducting interviews -- soft interviews -- with conservatives that you agree with."

"The difference between you and me is that you're partisan, I'm independent," he added.