Justin Bieber explains why he cried at the VMAs: “I just put everything on the line"

The pop star spoke to Fallon about his VMA comeback 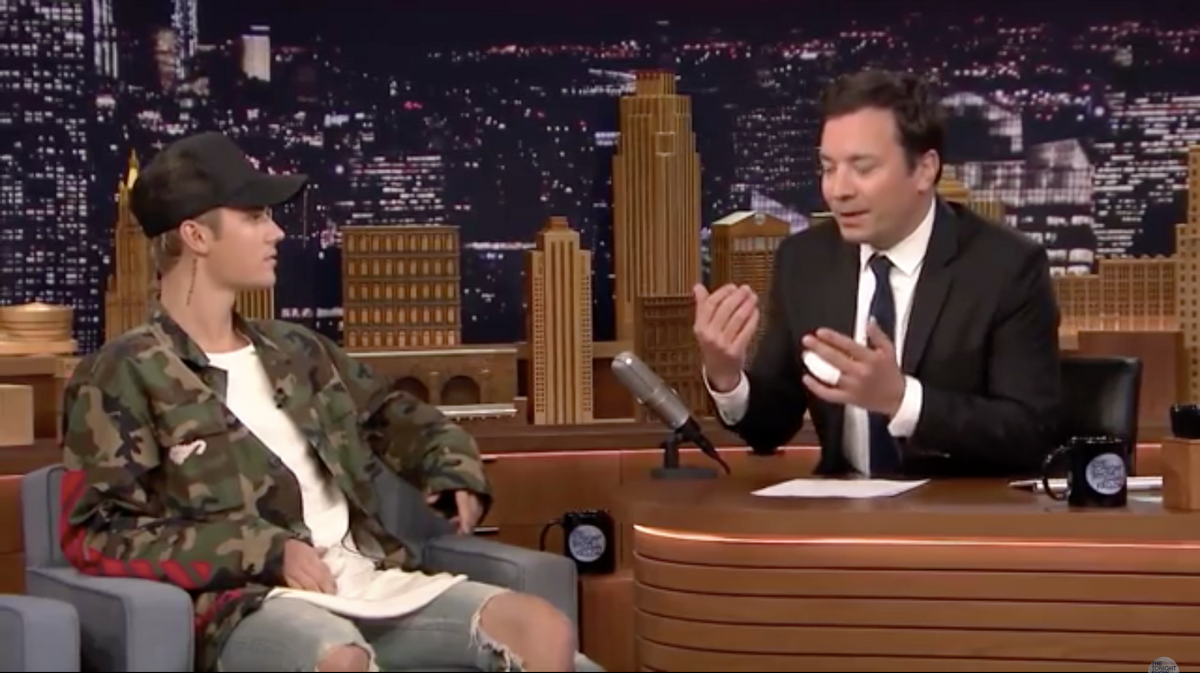 As you may recall, Justin Bieber got very emotional during his comeback performance at the VMAs this past Sunday. Last night on "The Tonight Show," he spoke to Jimmy Fallon about the tearful moment, explaining that it was just “so overwhelming” for him.

“Just — the support,” he said. "Honestly, I just wasn’t expecting them to support me in the way they did, last time I was at an awards show I was booed."

"I think it’s just like — I worked so hard at this album, I worked so hard at just becoming the man I want to become,” Biebs continued. “And then stepping into situations, you just can’t helped but feel judged. So I was just feeling judged and wanting to win so badly and just wanting to do what I love so badly that I just put everything on the line. And I think what was so special about the emotional moment at the end is it was authentic, it was real, I was really just wanting it so bad.”