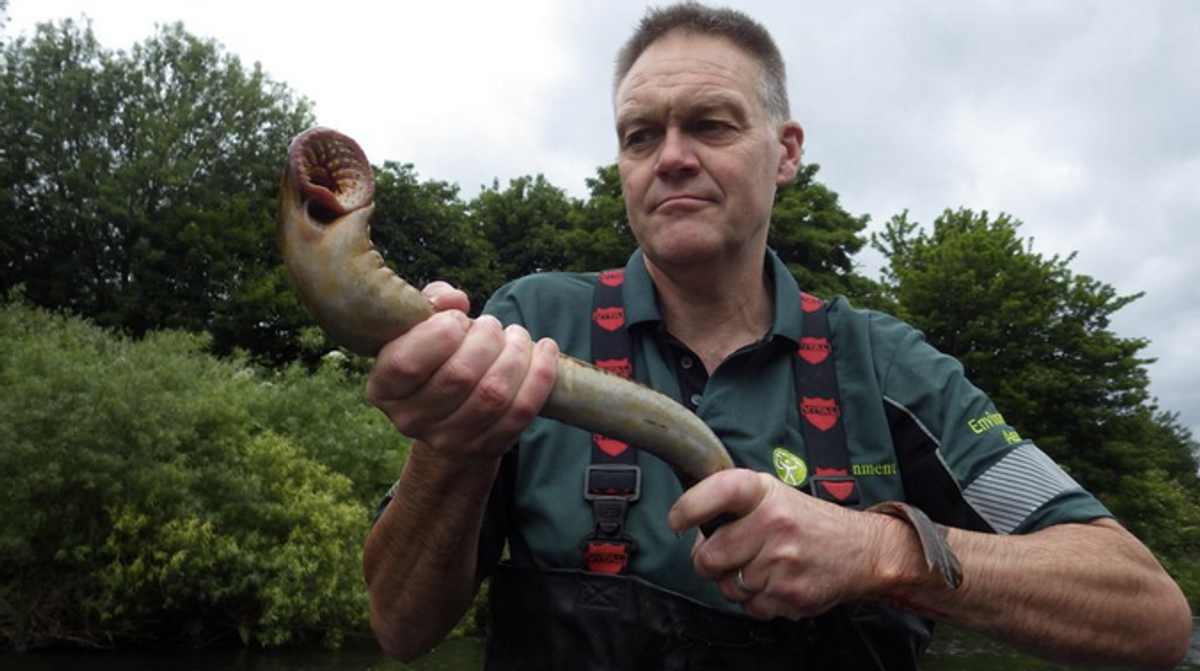 The lamprey is a 400 million year-old prehistoric fish-monster that predates the dinosaurs by a good 200 million years, can grow up to 3 feet in length and has, instead of jaws, "a circular disc of razor sharp teeth." And England was this close to getting rid of it forever.

But in a turn of events that the U.K. Environment Agency is for some reason very excited about, lampreys have returned, after 200 years, to English rivers -- the result, the agency says, of efforts to clean up industrial pollution and to remove river structures that were blocking their migration routes, and which had very nearly driven them to extinction.

“Now that water quality has improved and some of these barriers have been removed we are seeing lampreys return to the upper reaches of rivers such as the Ouse, Trent, and Derwent, where they were absent as recently as 30 years ago," Environment Agency fisheries expert Simon Toms boasted in a statement.

“These are fascinating fish, living fossils, that have a special place in the history and traditions of this country, and we hope that with a helping hand from us they will be able to thrive in England’s rivers once again.”

Aside from featuring in an episode of Game of Thrones, lampreys are also important parts of river ecosystems, helping to process nutrients and serving as a food source for other fish and birds. And so everywhere but your nightmares, this does count as good news.

So it goes with conservation: you clean up your rivers enough so that people might want to start swimming in them, and in so doing guarantee that no one's ever going to go near the water again.